Title: "Crisis in the Empire of Routine: Uncertainty and Information in the Qing" (PDF)

Title: "Same-Sex Marriage: Comparison of Canada, US and Japan" (PDF)

Title: “Collateral Damage: The Legacy of the Secret War in Laos” (PDF)

September 20, 2019 - Randy Shek, Barrister, Hong Kong, “The Force is No Longer with You”: The Police and Hong Kong Protests

Ling Li, University of Vienna Politics of Anticorruption in China

Shigenori Matsui,Allard School of Law, What is happening to NISSAN and Carlos Ghosn?

On Wednesday, May 31st, the Peter A. Allard School of law was pleased to welcome the Honourable Geoffrey Ma, Chief Justice of the Hong Kong Court of Final Appeal to Allard Hall. Justice Ma visited Vancouver to participate in the Asia Pacific Judicial Colloquium, hosted by the Vancouver Bar Association at the Law Courts Inn. The Colloquium brought together a distinguished group of jurists including Chief Justice Beverly McLachlin of the Supreme Court of Canada as well as the Chief Justices of the High Court of Australia, the Supreme Court of New Zealand, and the Supreme Court of Singapore. Prior to attending the Colloquium, Justice Ma held an engaging talk and Q&A session at Allard Hall with students, faculty, legal professionals, and other members of the Allard community. 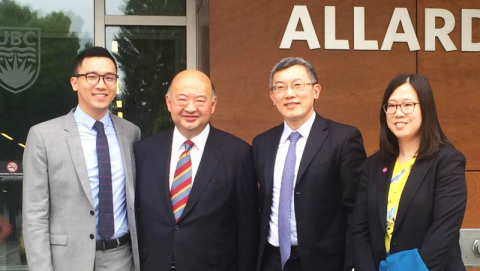 On October 29 and 30, 2017, jointly with the Institute of Law, Politics and Philosophy of Tsinghua University Law School, the Center for Asian Legal Studies (CALS) hosted the 6th World Chinese Legal Philosophy Conference at Allard Hall. Scholars from 22 universities in 8 countries and regions attended the conference and presented papers on comparative legal philosophy, law and world history, comparative legal culture, legal pluralism in China, the Chinese judiciary, and the future of the Chinese governance system. While the working language of the conference was Chinese, the majority of the participating scholars also published in English. The conference exemplified CALS’ engagement with leading legal research institutions in China and the very large legal research community there. 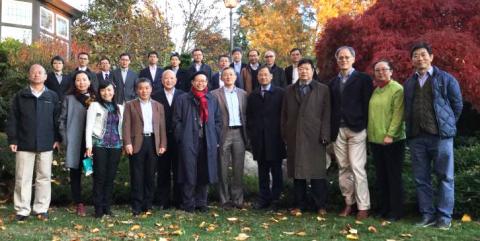