Learn from the experts and advance your career in tax law

Master of Laws in Taxation

The LLM in Taxation is a flexible course-based professional master's program that provides lawyers and accountants with in-depth practical knowledge and technical expertise in tax law.

Our specialized program builds your foundational tax law knowledge and hones your expertise in your areas of interest through a wide selection of elective courses.

If you're ready to take the next step to advance your career, earn your LLM in Tax in 1 year through full time studies, or 2 years part-time. 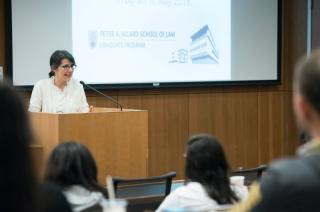 Discover the required core and electives courses to earn your degree. 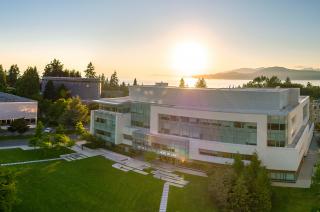 Tuition fees, scholarship and bursary information to help you plan your finances. 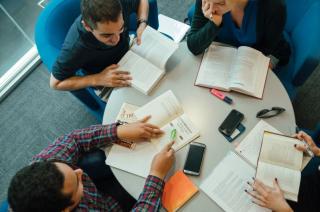 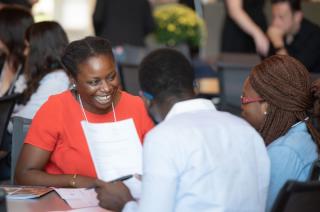 Application deadlines, how to and everything you need to know to apply now. 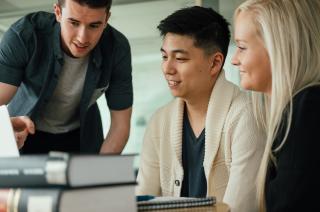 Review some of our commonly asked questions. 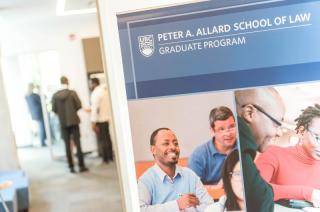 Still have questions? Our graduate admissions team is here to help.

Engaged learning starts with learning from experienced and knowledgeable teachers. Our full-time, dedicated faculty members, combined with visiting practitioners and adjunct professors, provide you the best learning environment to reach your potential. The experience and expertise of our teachers is unmatched. 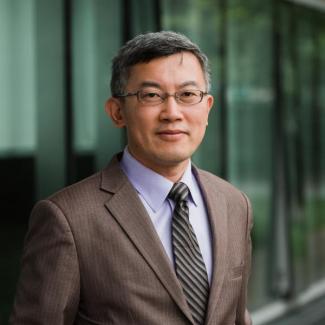 Professor Cui teaches and writes in the areas of international taxation, tax policy and administration, the VAT/GST, tax and development, as well as Chinese law. He has extensive practical experience with both U.S. and Chinese tax law, having worked with leading global law firms in both New York and Beijing, and served at one time as Senior Tax Counsel for the China Investment Corporation. He has written, in both English and Chinese, on a wide range of tax policy and legal issues arising from cross-border transactions. He is a current member of the Permanent Scientific Committee of the International Fiscal Association, and has held visiting professorships at the law schools of Columbia, Melbourne, and Fordham Universities. 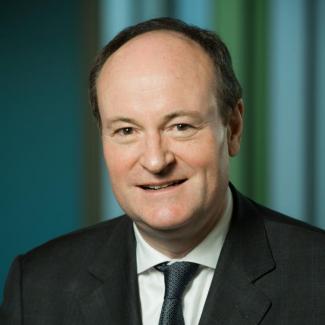 Professor Duff has taught and written in the area of tax law and policy for more than fifteen years, at the University of Toronto Faculty of Law from 1996 to 2008, and at Allard Law since 2008. He is a member and former Governor of the Canadian Tax Foundation, a member of the International Fiscal Association, and an International Research Fellow of the Oxford University Centre for Business Taxation. Professor Duff has been a visiting scholar at the law faculties at Auckland University, McGill University, Oxford University, and the University of Sydney. He has numerous publications on tax law and policy, is the primary author of Canada's leading casebook on Canadian income tax law, and has been cited in several Supreme Court of Canada decisions, including the Court 's most recent decision on the General Anti-Avoidance Rule, Copthorne Holdings v. Canada.

February 5 - Tax Policy for Inclusive Growth After the Pandemic

This paper discusses the theory and practice of tax design to achieve an efficient and equitable outcome, i.e. in support of inclusive growth. It starts with a discussion of the key principles from tax theory to guide practical tax design. Then, it elaborates on more granular tax policy, discussing key choices in the structure of the personal income tax on labor and capital income, taxes on wealth, the corporate income tax, and consumption taxes. The paper concludes by highlighting the political economy considerations of the issues with concrete recommendations as to how to implement tax reform.

Michael Lennard, Chief of International Tax Cooperation and Trade in the Financing for Development Office of the United Nations

Mr. Lennard will speak on the United Nations’ support for developing countries in their engagement with international tax policy issues. The talk will specifically address the topic of digital taxation, including the pros and cons and multilateral treaties, bilateral treaties (including the proposed UN Model Convention Article 12B), and unilateral actions, and ways for the international community to move forward. Mr. Lennard will also comment on other developments at the UN, including the recent Financial Accountability, Transparency and Integrity (FACTI) Panel Report.

March 19 - Covering All the Basics: Reforms for a More Just Society

On July 3, 2018, the Government of British Columbia announced the creation of an expert committee to “test the feasibility of a basic income in BC and help find ways to make life better for British Columbians.” The expert committee followed a two year consultation process on poverty reduction in BC, legislative poverty reduction targets, and a poverty reduction strategy. Our approach to our task was two-pronged: to undertake a public outreach process, and to co-ordinate a comprehensive research agenda related to basic income in the context of the B.C. income and social support system. Our research program consists of over 40 research papers commissioned from over 40 Canadian researchers located at universities and institutes across Canada plus a few located abroad. On January 28, 2021 our final report and all input material was made public (bcbasicincomepanel.ca). Dr. Tedds will join us to walk through the work of the panel, its findings, and its main recommendations.

Like the Internet connecting the computers of the world, a global tax regime to be created with the OECD Pillar One Blueprint seeks to integrate and standardize national corporate taxes in respect of automated digital services and consumer facing businesses of large corporations. Is the world ready for such a “revolutionary” global tax regime? Can international consensus be built on divergent national fiscal interests and tax laws? What can we learn from the implementation of global standards from BEPS 1.0 about the chance of countries’ adoption of  the global tax regime? This talk offers some insights on these questions.