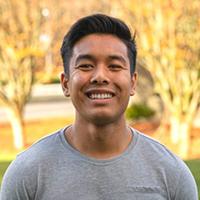 Adrian Alden grew up in South Vancouver. He completed his undergraduate degree in Criminology at Simon Fraser University and is in his third year of law school. Adrian is a member of the Allard volleyball, soccer, and rugby teams. He has also volunteered with the Law Students' Legal Advice Program as a student clinician, and Pro Bono Students Canada as a high school workshop presenter. Currently, he's a research assistant to two business law professors at Allard. Adrian looks forward to applying what he's learned in law school in a practical business setting while gaining insight on how in-house counsel navigate and apply the law when making business decisions. In his spare time, Adrian loves trying new restaurants around the Lower Mainland, drinking bubble tea, and following the Vancouver Canucks. 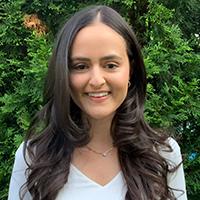 Lily Dubrovsky is a third-year law student at the Peter A. Allard School of Law. She grew up in Montreal, Quebec, prior to moving to Vancouver to pursue her bachelor’s degree in Psychology at the University of British Columbia. Prior to law school, Lily also completed a master’s degree at the University of Cambridge. Whilst at Allard Law, Lily has volunteered as an assistant editor of the UBC Law Review, currently works as a research assistant for a law professor, and is actively involved in the Allard Law Women’s Caucus, where she served as co-president during the 2020-2021 academic year. Outside of law school, Lily enjoys travelling, trying new restaurants, cooking, and playing tennis. Through her participation in the Corporate Counsel Externship, Lily looks forward to exploring her interest in business law, whilst working alongside experienced lawyers, and gaining exposure to a breadth of business law practice areas. 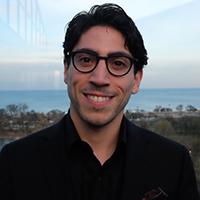 Josh Friedman is a 3L at the Allard School of Law and holds a B.Sc. in Natural Resources Conservation from the UBC Faculty of Forestry. During his undergraduate degree, he gained professional experience in the natural resources sector through the UBC Forestry Co-op Program. Josh worked as an environmental consultant in the BC renewable energy sector following his undergraduate education. At law school, Josh continued to be involved in the BC renewable energy sector as the founder and principal of his own environmental consulting practice. Josh has been involved with the Allard Law community as a 1L Representative and later as Co-President of the Allard Law and Business Society, External Relations Director for the Environmental Law Group, and Director of the UBC Law Revue. Josh assisted Allard Law faculty research into environmental assessment law, directed his own research project focused on environmental, Indigenous, and Aboriginal law, and completed a certificate in Indigneous Cultural Competency. He is also Mentor in the UBC Forestry Tri-Mentoring Program, where he provides professional mentorship to undergraduate UBC Forestry students interested in policy and law. Josh was a 2021 summer student with the Vancouver office of McCarthy Tétrault LLP. He enjoys hiking, cycling, camping, live music, and playing with his cat. 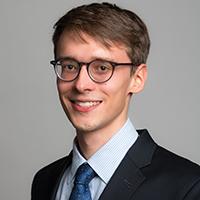 James Nottingham is a third-year law student at the Peter A. Allard School of Law. Prior to law school, James completed his undergraduate degree in Chemical Engineering at UBC. During his undergraduate studies, he spent time working at a construction site in Northern Alberta, worked on debottlenecking studies for an industrial facility, and worked at a mining engineering consultant in Vancouver. Since joining law school, James has worked at an intellectual property firm in Vancouver, where he was able to develop his legal skills in a context that compliments his technical background. During the Corporate Counsel Externship, James hopes to see the application of concepts learned in the classroom to the real world. He is particularly interested in being exposed to the diverse array of practice areas that corporate counsel practice in. In his spare time, James enjoys watching sports of nearly any variety. He also enjoys travelling, when given the opportunity. 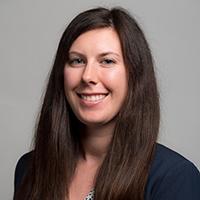 Riley Stone is a third-year student who grew up in Calgary, Alberta. She attended the University of British Columbia where she completed her undergraduate degree in International Relations with a minor in Commerce. She also studied abroad in Lund, Sweden. During her degree, Riley has volunteered with the Allard Law Women’s Caucus and was a member of the UBC team for Law Games. She has also volunteered and worked at the Migrant Workers Centre and is pursuing a career in immigration and refugee law after graduation. She is looking forward to participating in the Corporate Counsel Externship and the Jessup International Law Moot during the upcoming school year. In her free time, Riley enjoys outdoor activities (especially skiing, hiking, camping, and kayaking) and travelling. 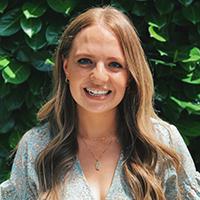 Benae Tutelman is entering her third year of studies at the Peter A. Allard School of Law. Prior to attending law school, Benae graduated from UBC in 2018 with a Bachelor of Arts in Political Science and spent a semester abroad in Dublin, Ireland. As a law student, she has volunteered with Legal Education Outreach, the Law Students’ Legal Advice Program, and the Allard Law Women’s Caucus, where she held the position of Co-President for the 2020-2021 academic year. Benae remains involved in her community as an Activity Host volunteer with the Ronald McDonald House. Outside of law school, Benae also enjoys trying new recipes, spending time outdoors, and finding the best ice cream in the city. Benae looks forward to participating in the Corporate Counsel Externship this year. 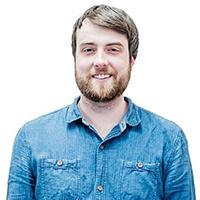 Ever since his first job as a travel agent in Osaka, Japan, Kyle Gough has dreamed of helping people connect. It was this dream that led him to pursue business and entrepreneurship as a career, as he knew that the best way to bring the world together was through commerce and innovation. Kyle has since completed a BCom in East Asian Business Studies at the University of Alberta with a minor in Entrepreneurship and Family Enterprise, following which he worked in operations for a start-up company that provides at-home car repair. Kyle’s experiences at the U of A and the start-up reinforced his passion for business while deepening his desire to better understand the elements that support business, particularly the law. This led him to apply to the Peter A. Allard School of Law, where he is now in his third year and pursuing the Business Law Concentration. Outside of school, Kyle enjoys bird watching, gardening, learning Japanese, and playing video games with his wife. He is very excited to be participating in the Corporate Counsel Externship and cannot wait to use what he learns to push the boundaries of what is possible in business both in Canada and abroad. 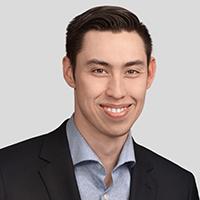 Ryan Lincoln is a second-year JD student at the Allard School of Law. Before law school, Ryan obtained his CPA working as a tax accountant at a mid-size accounting firm in Vancouver where he primarily worked with private corporations, trusts, and estates. Ryan has a Bachelor’s of Commerce from the University of British Columbia. Prior to completing his undergraduate degree at UBC, he started his post-secondary education playing NCAA varsity tennis at Stillman College in Tuscaloosa, Alabama. After his first-year of law school, Ryan worked in legal affairs at the British Columbia Investment Management Corporation (BCI) as a summer intern. During his time at BCI, Ryan worked primarily with private equity and fund investments.   While completing his first-year at the Allard School of Law, Ryan was a part-time consultant for Vancouver start-ups with a focus on cash flow forecasting, budget analysis, and tax planning. Ryan also volunteered for the Law Students’ Legal Advice Program. 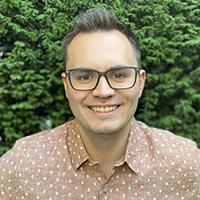 Trevor Roemer is a second year J.D student at Peter A. Allard School of Law. Before starting at Allard Law he attended Vancouver Island University and graduated with a double major in history and political science in 2020. Trevor was born and raised on Vancouver Island. The beautiful scenery of Vancouver Island built in him a love for the outdoors. His favourite outdoor activities include camping, skiing, and nature photography. He moved to Vancouver in September of 2020 with his wife. He enjoys films, board games, and spending time with friends, but when Trevor is not studying or working he is most likely to be hanging out with his puppy, Odie. Trevor is very excited to start the Corporate Counsel Externship. He believes that there is no better way of learning than to get hands-on experience, so the externship provides an amazing opportunity to learn about the practice of corporate law. 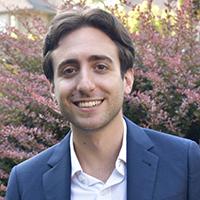 Adam Sanders is an incoming second year student at the Peter A. Allard School of Law. Before law school, he graduated with a Bachelor of Commerce from the University of British Columbia’s Sauder School of Business. During his undergraduate degree, he participated in Sauder’s Co-op program, in which he completed work placements with employers ranging from an executive search boutique to the Federal Government of Canada. For the year prior to starting law school, he worked as an Officer for the Employment Standards Branch of BC, where he investigated various complaints made under the Employment Standards Act. Adam will be participating in the Corporate Counsel Externship Clinic starting in January 2022. 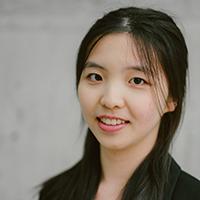 Joanna Tu is a JD student in her second year at the Peter A. Allard School of Law and will be participating in the Corporate Counsel Externship in the Spring Term of 2022. Prior to attending law school, she graduated from UBC in 2020 with a Bachelor of Science in a Combined Major of Computer Science and Mathematics. During her undergraduate degree, Joanna worked as a firmware engineer co-op for one year at Intel, which inspired her interest in intellectual property (IP) law and technology law. To pursue her interest in these areas in a technology company setting, Joanna hopes to learn more about the inner workings of an in-house legal team and how a corporation's in-house legal team interacts with the rest of the corporation. Outside of law school, Joanna likes to spend her time playing RPGs, watching dramas, singing, dancing, baking and exploring Chinese culture and history.