Rethinking Judicial Oversight in a Time of Crisis

Original post from The Regulatory Review by Cristie Ford.

After the destruction of the Second Temple in Jerusalem in 70 C.E., the Jewish people were forced to develop an entirely different way of understanding and practicing their religion. The Temple had been central to religious practice, and its loss was a tragic upheaval for the existing order—But it was also a catalyst for change.

The Jewish people began to identify an alternative basis for religious continuity, one that was focused not on a shared place, but rather on communal prayer and the study of a book. Religious practice was sublimated, by necessity, from place-based to a portable set of concepts, stories, and laws, as decentralized, rabbinic Judaism emerged.

The world is now experiencing a similarly dramatic disruption that necessitates new ways of thinking—not about religious traditions, but instead about how secular court systems function. Around the world, the independent judicial branches of government charged with overseeing executive action have curtailed their activities because of the COVID-19 pandemic. Operations within courthouses, the sites of law and justice, have slowed down dramatically, reducing vital judicial oversight of administrative action.

In this current time of upheaval, courts need to contemplate a move away from a conception of courtroom-as-place.

For a long time, courts have been far from perfect in their ability to meet people’s needs for justice, given their arcane rituals, inscrutable procedures, and general inaccessibility to non-lawyers. To be clear, courthouses, judges, juries, lawyers, and rules of evidence and procedure should not be eliminated altogether. But with the courts’ fragility now amply demonstrated by their inability to function normally during the pandemic, it is crucial to work out ways to transcend the limitations imposed by courts’ physical spaces.

This need is evident across Canada. The emergency powers available to the Canadian government are similar to those in other Westminster-model parliamentary systems. Statutes providing for emergency powers allocate substantial authority to the Cabinet—the head of the executive—whose decisions are granted deference well beyond what we see normally in judicial review of administrative action.

In response to the coronavirus pandemic, Canada’s federal government has authorized aid packages and extended tax filing deadlines, but has not yet invoked its extraordinary powers under the Emergencies Act of 1985. Every Canadian province and territory, however, has implemented more extensive emergency measures. Within Canada’s complex and fraught division of powers, provinces have substantial autonomy. Generally, the federal government can only invoke its emergency powers where a crisis exceeds the provinces’ collective emergency capacity. Given the extent of provincial authority and provinces’ capacity to manage the COVID-19 crisis, the status quo of minimal federal intervention is likely to continue.

So far, it appears that federal Canadian executives have not used the pandemic as an excuse to abuse their authority—at least not too much.

Yet the risk of executive overreach, especially in times of emergency, is real.

That vulnerability is even more severe when courts, because of the emergency, do not have the capacity to oversee executive action. As Paul Daly of the University of Ottawa recently argued, proportionality analysis—a central tool in many Westminster and European systems that functions somewhat like cost-benefit analysis does in the United States—offers a framework through which to assess Canadian government action. Federally enacted measures must be evaluated with an eye toward “importance, rational connection and, especially, necessity and balance” to understand “whether government counter-measures are an appropriate response to the pandemic.”

Who is in charge of undertaking this analysis? The courts.

In his essay for The Regulatory Review addressing Australia’s response to COVID-19, Andrew Edgar of the University of Sydney identified the importance of parliamentary review of regulation-making. But there is also an important next stage: judicial review of regulations as a way to ensure administrative legitimacy. Even after an emergency is proclaimed and regulations have passed parliamentary scrutiny, those regulations must still be capable of being challenged in court on administrative or constitutional grounds.

Judicial review is intimately connected with the preservation of the rule of law. …Judicial review seeks to address an underlying tension between the rule of law and the foundational democratic principle, which finds an expression in the initiatives of Parliament and legislatures to create various administrative bodies and endow them with broad powers.

Because the focus on judicial review in Canadian administrative law is so strong, it has been especially obvious that the paralysis that has overtaken courts during the COVID-19 crisis entails a remarkable absence of executive action oversight.

Operations within Canada’s superior and federal courts, which ordinarily hear judicial review petitions, have come to a stand-still as a result of the pandemic. Most courts are hearing only “emergency,” “urgent,” or “essential” matters, including petitions for orders of protection and some child protection matters. Notably, COVID-19-related judicial review applications do not count as “urgent” in most provinces.

Furthermore, courts remain extraordinarily dependent on paper-based processes and synchronous physical presence in a particular place at a particular time, which poses substantial challenges for compliance with social distancing recommendations.

Canada is not alone. Around the world, many courts are hearing only exceptional matters and are struggling to function remotely. Courts in some jurisdictions are now trying to improve remote operations, adopting practices to facilitate virtual hearings. Despite these efforts, the starting point for courts all over the world has been a remarkable lack of resiliency. State and federal courts in the United States have been no exception.

A remarkable counterexample is the Civil Resolution Tribunal (CRT), a world-leading administrative tribunal in my home province of British Columbia that has carried on through the pandemic without a hiccup. The CRT makes all of its services available online, with the goal of providing online dispute resolution services to the public. The CRT has been doing so well before the pandemic—and even has reportedly served as a model for court reform efforts in the United Kingdom.

The CRT’s approach to justice is based on human-centered design principles. The CRT was developed with extensive user testing and with the input of community advocates and vulnerable populations. The goal during development was to ensure that the CRT’s interface worked for everyone—including youth, refugees, and people with disabilities. The CRT now employs a mobile-friendly design, accessible language options, and a “solution explorer” decision structure to guide users through its processes.  Its interface and instructions are geared toward a sixth-grade reading level.

The CRT has done away with most paperwork and affidavits. Although lawyers are permitted when “the interests of justice” so require, lawyers’ participation is actively discouraged—flipping the usual repeat player bias on its head. The CRT solicits and publishes user satisfaction data every month, aiming to learn continually from experience. And, to boot, the CRT has proven resilient in an emergency, while court systems around the world have shut down.

This is not to suggest that small claims-oriented practices like those in place at the CRT would be optimal in all situations. In fact, the CRT’s current methods would not be well-suited to the most complex cases, or to those, such as criminal trials, that heavily rely on witnesses, evidence testing, and jury verdicts.

Examining the CRT’s practices, however, provides an opportunity to address traditional courts’ fragility and place-dependency, especially in times of emergency. As courts around the world remain inoperative in emergencies such as pandemics and earthquakes, addressing their shortcomings is an urgent priority. It is time to identify the core principles that will promote more accessible justice and allow the rule of law to survive, and indeed to thrive, beyond the physical confines of the courthouse.

Furthermore, the COVID-19 pandemic presents the opportunity to consider reorienting how administrative agencies and the courts that oversee them are designed for the regular people that overwhelmingly now use them. There is much work to be done to build court systems that are accessible, data-driven, human-centered, and based on fundamental rule of law principles—systems that are also adaptive and resilient during times of emergency.

Around the world, governments need to redesign and reinvigorate their judicial systems—They may do so by renewing a commitment to the rule of law, independent of the place-based, in-person rituals that have so long characterized courtroom practices.

Lawyers, judges, and public officials are now witnessing the undermining of their own Second Temple. Those of us who enable this system to function have an obligation to identify and entrench the core elements of the rule of law essential to preserving the legal system’s principled continuity, even as traditions evolve and expand into a different future. 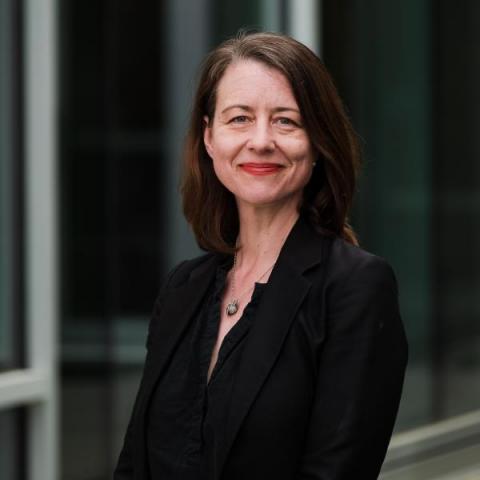 Professor and Associate Dean, Research and the Legal Profession

Dr. Cristie Ford’s research focuses primarily on regulatory governance as it relates to international, US and Canadian financial and securities regulation. In recent years, her interests have expanded to include access to justice and governance issues related to the legal profession.