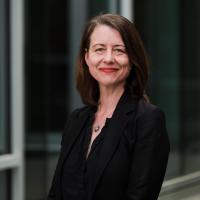 What if one of the greatest challenges that law, and regulation, faces is human innovation? How do we even start to think about that problem?