Reflections on the Canadian Law of Obligations Conference: The Power and Limits of Private Law 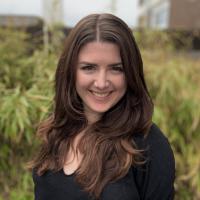 Caitlin Cunningham is a JD candidate at the Peter A. Allard School of Law and served as a student assistant to Assistant Professors Marcus Moore and Samuel Beswick for the Canadian Law of Obligations conference 2022.

On June 23 and 24, 2022, the Peter A. Allard School of Law hosted the third Canadian Law of Obligations (CLO) conference, held on the grounds of UBC’s Green College. The theme of the conference was The Power and Limits of Private Law. This edition of the conference honoured the accomplishments and career of Dr. Lionel Smith, the Sir William C. Macdonald Professor of Law at McGill University. The timing of the honour reflects Professor Smith’s appointment to the Downing Professorship of the Laws of England at the University of Cambridge, a post he will take up in the coming academic year.

Introducing Professor Smith for his keynote address on “Confusion, Illusion, or Delusion: The Irreducible Core of the Common Law Trust,” conference hosts Professors Moore and Beswick emphasized how the honouree had not simply defined himself through exceptional work. Throughout his career, Professor Smith has guided and supported innumerable students and younger faculty as they have embarked upon their own careers. Over the course of the conference, many attendees recognized Professor Smith’s contribution to their legal fields, as well as their appreciation for his example, mentorship and collegiality.

The CLO conference series first began at UBC Allard School of Law in 2017, after which the University of New Brunswick hosted the second conference in 2019. The third CLO conference had a full and fascinating program over the course of two days. The Honourable David Lametti, Minister of Justice and Attorney General of Canada, gave opening remarks honouring Professor Smith and reflecting on current legal challenges with which the government is engaged. Minister Lametti praised legal academics for their work, and encouraged them to share their learning to help inform government policy-making. The Honourable Marshall Rothstein closed out the first day of the conference, regaling attendees with humorous and moving anecdotes and insights from his years as a Justice of the Supreme Court of Canada.

Well-known Allard Law alumna Angela Swan O.C., of Aird Berlis, also delivered a plenary address. A powerhouse as both a professor and counsel, Swan’s career has given her a great deal of insight into the working realities of the law. In her lunchtime address, she explored the law of contract through the eyes of a solicitor–emphasizing the practical and working realities of the solicitor’s perspective to the operation of contracts in the marketplace.

I found her comments on good faith in contracts made for especially salient observations. In law school and through theoretical discussions, we discuss the controversy over whether parties should be able to opt out of obligations of good faith conduct; yet Swan compellingly argued that the idea of “opting out” of acting in good faith in real-life contracting relationships is simply ridiculous. Her analysis of Bhasin v. Hrynew drove this idea home: the Supreme Court of Canada affirmed the position that, in Swan’s words, “the obligation of good faith performance inheres in the relation, whether the parties like it or not.”

In addition to the above speeches, the conference brought together eight rich and thought-provoking panels, each chaired by one of Allard Law’s faculty members. Panels addressed Contracts, Torts/Delicts, Private Law Theory, and Private Law’s intersection with Regulation, among other themes. Individual paper topics covered a lot of ground, from an exploration of the role of Indigenous perspectives in Canadian contract law, to the regulation of the railway sector in Europe. Yet despite the diverse themes and topic areas, speakers consistently noted where other panels and papers spoke to their own work. The question periods were particularly fruitful and interesting grounds for discussions, debates, and shifts in perspective. These periods indicated the developing culture at the conference of theoretical, methodological, and inter-field openness. Many of the speakers also indicated new areas of exploration or developments in their thinking that they would bring home.

A few notable moments for me included the co-author debate format by Assistant Professor Greg Bowley and John Enman-Beech, who looked back at the landmark decision in Uber v. Heller and considered its implications and impact on Canadian contract law; Professor Mitchell McInnes’s review of the development of the Doctrine of Frustration (and its limits), and how this has influenced court findings of contractual frustration in the COVID-19 landscape; Professor Hilary Young’s thought-provoking analysis of the unintended consequences of anti-SLAPP laws, including the high cost and long timelines that make cases unpredictable, high-stakes, and risky; and the opportunity for informal conversation with Justice Rothstein during the reception on Thursday evening.

It was especially delightful to attend the conference in person, after largely being limited to online gatherings over the last few years. Attendees no doubt look forward to reuniting at the next Canadian Law of Obligations conference.

As with the first and second CLO conferences, a number of papers from this year’s conference will be collected and published in a special-edition volume of the Supreme Court Law Review, as well as in a book published by LexisNexis entitled The Power and Limits of Private Law.

Caitlin Cunningham is a JD candidate at the Peter A. Allard School of Law and served as a student assistant to Assistant Professors Marcus Moore and Samuel Beswick for the Canadian Law of Obligations conference 2022.