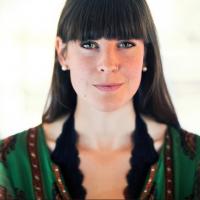 Championing the Interconnection of Land and Law

Māori are intimately connected to the geographical features of their birthplace.  The rivers, mountains, forests and oceans are a person’s ancestors. They are part of one’s whakapapa (genealogy) and so Māori have a responsibility to that place. Moana Jackson is of Ngati Kahungungu and Ngati Porou descent. Hikurangi is his mountain and Waiapu his river. Locating oneself before any karakea (talk) is vital, as it is a sign of respect to one’s ancestors, both human and non-human.

For Māori, much like many Indigenous groups in Canada, nature is not an inanimate resource to be owned, used and extracted but rather an animate living force that deserves respect. The natural world is interconnected and interrelated to everything, including to people.

Moana Jackson, an internationally acclaimed constitutional lawyer, activist and advocate for the rights of Indigenous peoples, has shown the universality of Indigenous beliefs. He has substantiated the global and continued significance of colonization worldwide. While Jackson may not be at the forefront of environmental rights cases, he is the definition of a warrior lawyer. He strives to show, through research and legal practice, that everything is interconnected. His work is leading the way to Indigenizing law in Aotearoa as a way to protect both Māori and Papatuānuku (Earth Mother). He explains, “If Papatuānuku is our mother then the land, the beach, the seabed, the waters, and the rivers are part of our mana (life essence). If decisions are made to chop off parts of our mother, then it chops off parts of our tikanga (Māori law),.”

Moana Jackson remarks that among the duties of traditional Māori law was "the ancestrally defined responsibility to maintain order and to protect the land by ensuring a balance between the interlinked animal, plant, spirit and human worlds." His passion for tikanga led Jackson to complete an LLB from Victoria University in Wellington. He went on to pursue research in Arizona with the Department of Justice of the Navajo Nation. This pursuit piqued Jackson’s interest in the potential corollary relationships amongst the criminal justice systems in colonized countries. Jackson’s research focused on the inordinately high imprisonment rates of Māori compared to non-Māori (despite the fact that Māori make up only 16% of the population of New Zealand). Jackson found that the rates of imprisonment for Indigenous peoples in Canada, Australia and the United States were highly similar in Aotearoa. These colonized states had much higher rates of imprisonment for Indigenous peoples, despite Indigenous peoples making up a fraction each country’s population.

Jackson’s research asked why colonizing states imprison so many Indigenous people, shifting the focus from the offenders to the power structures of the state. His research shone a light on the racist systems built into the constitutions of these four countries, and the need to Indigenize their constitutions. Drawing on the work of his favourite anti-colonial theorist,  Frantz Fanon, Jackson states that “by its very nature a colonizing state is a racist state. If you take over the lands and the power of the people because you think they are inferior and you replace them with your own institutions, then that is a racist act. And so racism is not just a personal attribute of considering yourself better than or superior to others, it is a system of denying the full humanity of others; it is a structural ideological system, and colonization is part of that ideological system".

If colonial states’ ideological systems (upon which their constitutions were built) do not respect relationships between human beings, then by no means could they respect their relationships with the natural world. Therefore, Jackson advanced his work to Indigenize the constitutional framework of Aotearoa, in order to protect Māori and the natural world. His innovative research and advocacy led Jackson to be appointed to the Māori delegation working group as a lead contributor to the creation of the United Nations Declaration on the Rights of Indigenous Peoples.

Jackson emphasizes that “…inherent within colonization is a need to control the people you are dispossessing. If you’re going to take over a people’s land, take over their lives and take away their power then you have to find ways of controlling them.” He has shone a light on the philosophical makeup of four colonial states, which differ fundamentally from the philosophies held by the Indigenous peoples that occupied those lands for millennia. The critical difference lies in understanding that the world is an intricate web of relationships that extends past humans to include land, water, plants, animals and the spiritual realm. These relationships and the responsibilities that define them should be at the forefront of laws and systems of governance. Instead, all four governments have stolen land from Indigenous peoples for extractive purposes, and refuse to change their constitutions to provide their populations with the constitutional right to a healthy environment. All four countries imprison their Indigenous populations at much higher rates than their non-Indigenous citizens.

But in all four countries, Indigenous warriors are fighting back. Fighting for their land, their rights, freedoms and their futures against the current colonizing power structures. Moana Jackson is one of these warriors.  As Jackson eloquently concludes, “a people’s right of self-determination in my view comes from the land to which they belong… we build relationship between people, and between people and the land, because in the land, ultimately, is our wellbeing.”

Meghan Robinson is a PhD student in the Interdisciplinary Studies Graduate Program at the University of British Columbia (UBC). She is completing her doctoral research on the possibility of giving Māori and Tsilhqot'in environmental legends human rights in both Aotearoa and British Columbia as a means to protect Indigenous knowledge alongside the environment.