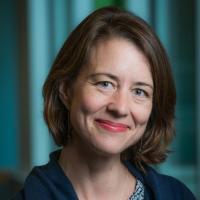 Dr. Cristie Ford is an Associate Professor at the Peter A. Allard School of Law and the Director of the Centre for Business Law. Her research interests include regulatory theory, securities regulation, and administrative law.

Teaching at the Allard School of Law
When asked what she enjoys most about teaching, Dr. Ford’s answer was unquestionably the students. In regards to teaching first year Public Law, Dr. Ford explains that she loves teaching first year students because they “possess the ability to scrutinize legal structures from the outside, in a way”, and as a result they ask very interesting questions. For both first year and upper year students, Dr. Ford appreciates the thoughtfulness and enthusiasm that they bring to class. In 2015/2016, Dr. Ford received the George Curtis Memorial Award for Teaching Excellence. This academic year, Dr. Ford will be teaching Securities Regulation and Administrative Law.

Exposure to securities regulation and regulatory theory in practice
Dr. Ford’s interest in these areas was solidified while practicing in the area of securities regulation defence at a large firm in New York. She describes one particular case that drove her to pursue her doctorate. This case involved regulatory actions as well as Department of Justice and New York Attorney General investigations. There were “two criminal prosecutors and two administrative enforcers, and our client was in trouble with all of them”, she explains. Dr. Ford was struck by the imbalance of resources between “us and them”, which significantly favoured the defence. She saw problems with corporate ethical culture, as an example, that the law was not equipped to deal with. The “limits of law, and what other possibilities there might be for really effecting meaningful change to organizational cultures” became one of her research areas.

Research interests and current publications
One area of particular interest to Dr. Ford is financial innovation and regulation. She recently submitted a manuscript for a book with the working title “Innovation as Risk: Flexible Regulation and Financial Innovation”, which will be published by Cambridge University Press. Dr. Ford sees “financial innovation as a persistent problem for regulation” because it undermines regulatory structures in unanticipated ways. She argues that regulators should view financial innovation as “an active problem”, question whether or not innovation is actually such a beneficial thing, and think about regulatory strategies that could better manage innovation. She clarifies that she is not anti-innovation, but rather thinks that if you are going to regulate something, you “ought to understand the factors that get in the way of regulating it well”.

Dr. Ford is also interested in securities regulation. She recently submitted an expert report on behalf of the government of Canada entitled Systemic Risk Regulation in Comparative Perspective. Canada is currently the only country that does not have a national securities regulator, despite various efforts to form one over the past eight decades. The federal government has recently drafted an act in an attempt to create a coordinated, although not national, capital markets regulator with jurisdiction over systemic risk. Quebec has brought a constitutional challenge, and Dr. Ford is an expert for the federal government in this reference decision being brought before the Quebec Court of Appeal. In her report, Dr. Ford compared systemic risk regulatory structures across various countries to determine whether there is a “missing piece in Canada’s puzzle”, which Dr. Ford believes there is. Dr. Ford’s full report can be found here.