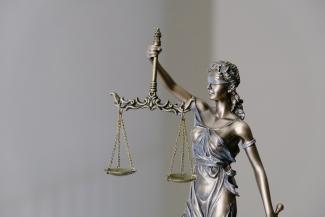 A recent BC Human Rights Tribunal decision sheds further light on this issue. In November, the owner of the Deep Creek General Store in Armstrong, BC, was ordered to pay nearly $100,000 to a former employee he had repeatedly sexually harassed. While the complaint was successful, the decision nevertheless highlights ongoing concerns about sexual harassment law.

Specifically, the Tribunal noted it was bound by precedent to consider whether the employer’s actions—which included sexually propositioning his employee—were “unwelcome.” Drawing on professor Hastie’s recent research on sexual harassment law, the Tribunal pointed out that this requirement can lead to problematic consequences for sexual harassment complainants and should be reevaluated.

We spoke with Professor Hastie about Canada’s current approach to sexual harassment law and about what can be done to ensure that consent isn’t assumed, until proven otherwise.

Under current human rights law, the burden rests with complainants to establish each element of their complaint. This means that anyone making a sexual harassment complaint needs to show that any harassment they were subjected to was sexual in nature, produced adverse consequences, and was “unwelcome.” These requirements are somewhat different from the usual test for discrimination under Canadian law, where a complainant must show that they have a protected characteristic (such as race, religion, sex or age), they experienced adverse treatment, and their protected characteristic was a factor in the adverse treatment.

The requirement to show that alleged sexual harassment was “unwelcome,” in particular, is a heightened burden over other discrimination complaints, and creates distinct challenges—including increased scrutiny of a complainant’s behaviour.

What are some of the ways that the “unwelcome” requirement has negatively impacted victims of sexual harassment who have come forward?

My research has documented how the “unwelcome” requirement opens the door to the use of problematic gender-based stereotypes, and effectively makes complainants responsible for avoiding or objecting to harassment, rather than focusing on an alleged harasser’s conduct. It can introduce the idea that a “real victim” would actively protest the conduct at issue, would promptly report the incident to an authority, or that women who have previously engaged in sexual or related behaviours, or who dress provocatively, are de facto welcoming conduct of a sexual nature.

For example, in a 2009 case, the BC Human Rights Tribunal found that sexual comments made by an employer to his employee were not “unwelcome” because she didn’t object to them. The Tribunal believed that if she was uncomfortable, she would have said something. Similarly, in a 2016 Ontario case, sexual advances made by an employer were found to be “unwelcome” only once the employee was “completely blunt” in her rejection of them.

In a recent paper, you note that criminal and tort law have shifted towards an affirmative consent model, which requires that an accused show they had taken steps to ensure they had consent. Why has human rights law been slow to adopt this approach?

I think part of the issue is that attention just wasn’t being paid to sexual harassment law, by researchers or policy-makers. The definition of sexual harassment was set out in a 1989 Supreme Court of Canada decision. When I began my research on this subject almost five years ago, I found there was a real gap in the literature, with little being written since the mid-1990s. As I dove deeper into the case law research, I began to see more similarities in the issues that complainants were facing in human rights cases to those that are well-documented in the criminal justice system.

This decision changes how future sexual harassment cases might be decided at the BC Human Rights Tribunal, moving in a direction that will have a positive impact for complainants by changing the way 'unwelcomeness' is assessed and removing opportunities for gender-based stereotypes to be introduced and relied upon.

Now that there is a foundation of research establishing that these problems exist in sexual harassment law, we’re starting to see some changes in the way these cases are being adjudicated. For example, one way to establish that conduct was “unwelcome” is to show that a “reasonable person” would know that it would not be welcomed. Drawing on my research that documents gender-based stereotypes in sexual harassment cases, the BC Human Rights Tribunal started to interpret this “reasonable person” as someone who would be aware of gender-based stereotypes, and would not rely on them. These changes help minimize the ability for parties to a human rights complaint to introduce gender-based stereotypes or argue that the Tribunal should rely on them when evaluating a complaint.

My research has also been used to help determine how employers should be conducting internal investigations of sexual harassment complaints. In one recent decision, the BC Human Rights Tribunal noted that relying on gender-based stereotypes in the course of workplace investigations could amount to discrimination. Most recently, my research arguing for a shift away from using the “unwelcome” requirement altogether was taken up and endorsed by the BC Human Rights Tribunal in the Deep Creek Store decision.

The BC Human Rights Tribunal outlined many of the concerns you’ve raised in its Deep Creek Store decision. What’s the significance of that ruling?

This ruling holds real promise for future changes to sexual harassment law. Many of the statements made by the Tribunal Member in this decision could be used as a foundation for advocates to argue for further changes in the law. For example, even though the Tribunal Member determined that they didn’t have authority to abandon “unwelcomeness” as part of the test for sexual harassment, they endorsed my arguments that the law needs to change. This could set the stage for new legal cases that will further push the boundaries on this issue.

The Tribunal Member also abandoned the idea that “unwelcomeness” must be decided based on whether a “reasonable person” would know that their conduct was unwelcome—citing arguments from my recent article, “An Unwelcome Burden.” Rather, they determined that if a complainant is able to show adverse consequences as a result of the harassment, that’s sufficient to show it was unwelcome.

What changes to sexual harassment law have yet to be realized?

The Deep Creek Store decision is a big step forward, and brings sexual harassment law much more closely in line with the general test for discrimination. However, removing the requirement for a complainant to show that the harassment was “unwelcome” altogether is still an important change that needs to be made—either through the courts or through legislation. The burden should rest with the alleged harasser to establish that there was a reasonable basis to believe that their conduct was welcome, rather than requiring a complainant to show that it was not welcome. The Tribunal left the door wide open for this kind of change to happen.