Vavilov, Rule of Law Pluralism, and What Really Matters

Vavilov is an important decision, and one that we can be optimistic about. The discussion around it has also been a glorious coming-together of administrative law nerddom in Canada. But let us remember: Administrative Law belongs to the people. Regular Canadians are the ones that need a clear and sensible standard of review, because they are the ones subject to it. A good decision is a decision that improves their access to, satisfaction with, and confidence in administrative justice, and we should not allow our enthusiasm for nuance to blind us to that.

Once upon a time, in the days before the modern administrative state, there was one standard of review for errors of law: correctness. Grudging acknowledgment of administrative tribunals’ jurisdiction, at least in hard cases, came in 1979, with CUPE. The Court recognized that there were times when it should not disturb a tribunal’s decision unless it was “patently unreasonable.”

After 1997 (or perhaps it was 1994) we had three standards of review, with reasonableness simpliciter sandwiched in the middle. We got there on the backs of two economically-oriented tribunals – the federal Competition Tribunal and what would now be the BC Securities Commission – whose enabling statutes contained no privative clause and provided for a statutory right of appeal. Iacobucci J created the reasonableness standard where correctness would otherwise have applied, in order to recognize the expertise that these specially constituted and broadly empowered agencies had to, e.g., determine market share, or determine what was a “material change” for purposes of securities regulation. Those cases acknowledged that the former federal court judges and economists that staff the Competition Tribunal do, in fact, know more about market share than generalist judges are likely to.

But there was something deeper going on as well. Iacobucci J’s celebrated “contextual turn” was part of a broader recognition that the rule of law could be a multifaceted, legitimately contestable thing. With deference to administrative expertise came a degree of humility for courts – and not just in the hard cases. Courts and judges began to imagine a captivating legal pluralist world. Courts acknowledged that there could be multiple kinds of expertise – that expertise could even mean knowing what it was like to be the recipient of social benefits. What is more, administrative tribunals were more diverse and more representative of the population at large than the judiciary was. In a sense, recognition of tribunals’ expertise was intellectually connected not just to the growth of the administrative state but also to linked to modern developments brought by feminism, respect for diversity, recognition of the limits of formal law and a better understanding of the complexity of the challenges that tribunals face. And so we saw our Chief Justice proposing that courts should be “partners” of tribunals in determining the rule of law, not “brute guardian[s] of an artificial and restrictive Rule of Law”. David Dyzenhaus’s concept of deference-as-respect ascended.

And then things unravelled. Tests for determining the standard of review were, it seemed, sometimes just a shell game (see also Professor Liston’s post on this). Economic tribunals continued to enjoy deference, and labour boards too sometimes, but others actually didn’t. Or, courts would find that one standard of review applied and then blithely apply another. We ditched the patent unreasonableness standard in 2008, with Dunsmuir, but the case did not settle things for long. The test for standard of review seemed to be a combination of old (Pushpanathan, the pragmatic and functional approach, and precedent) and new (a competing categorical approach, plus whole new questions including what constituted a “true question of vires”). This is to say nothing of the increasingly tortured analyses that went into applying the reasonableness standard of review to, e.g., defective or even absent reasons. In its most generous light, perhaps the caselaw after Dunsmuir reflected a certain reticence on the part of courts to assert ultimate authority, to apply what seemed like blunt judicial review tools to a fluid and nuanced world, and to enforce certainty if it came at the expense of context-sensitivity. But even if this is so, courts seemingly couldn’t help doing through the back door what they couldn’t do through the front door – asserting their authority and imposing what they saw to be a correct outcome, no matter the standard of review.

Those days are over. The velvet glove is off. Vavilov signals a retrenchment by a more assertive, and conservative, Court. Professor Flynn’s blog identifies the enthusiasm with which courts have leapt upon correctness review in recent reviews of municipalities’ decisions. Also significant, as Professor Liston points out, is the remarkable choice of correctness review in Vavilov’s companion case, Bell, in a context that pre-Vavilov would surely have called for reasonableness review.

But wait, you say: Vavilov holds that the presumptive standard of review is now reasonableness. Surely this signals more, not less, deference? It does not. In fact, the Court has ceded the field in this particular battle to win the war of defining the ground rules.

We are done with letting 1,000 rule of law flowers bloom. Vavilov reflects a choice in favour of clarity – lists, categories, bright lines – which almost inevitably comes at the price of congruence. Expertise is no longer relevant. Iacobucci J’s context-sensitive legacy is swept away. Instead, legislative intent (including statutory rights of appeal but not, inexplicably, privative clauses) is foregrounded in classic public law division-of-powers form. We are back to basics, reaching perhaps even behind Dicey, to core Public Law ideas about the separation of powers. The courts’ role is to police the executive’s exercise of authority, deferring where legislative intent requires them to, but they no longer need to pay attention to how things operate in practice, or to genuinely alternative perspectives on frontline justice.

We could tell this as a sad story. Intellectually, administrative law has been at its most profound and resonant when grappling with the deep and difficult questions that underpin deference. I personally loved the more capacious understanding of expertise, and the possibility of a more flexible, context-sensitive, conceptually pluralist state.

But ultimately, I am a pragmatist. Administrative law was not working for regular people because, if we are frank, too many courts struggled with all the ambiguity. Better-funded counsel disproportionately used that ambiguity to their clients’ advantage. The people most enamoured of the brilliance and nuance of administrative law have not generally been the regular people who, sometimes at great expense, have been subject to it. While it is still too soon to tell, a story that improves access to justice for regular people – even if it does not capture the imaginations of law school professors – is not a sad story.

What’s best for those involved in the legal system should be our guiding principle. Ordinary people, most of them unrepresented, who find themselves in the world of judicial review do not benefit from layers of review and argument. Nor do they benefit from the intellectual sport of finding the (inevitable, already visible) imperfections in the Vavilov judgment. We should interpret the caselaw in its best light, as Dworkin has urged, and in my view with that principle in mind. There will be injustices that flow from the categorical, presumptive stance the Court has now taken. Would that we lived in a more perfect world. But in this world, recognizing the real injustices that also flow from ambiguity and unequal argumentative resources, certainty, clarity, and simplicity for regular people should be the priority.

This story, with included footnotes, was originally posted on Administrative Law Matters on 27 April 2020. 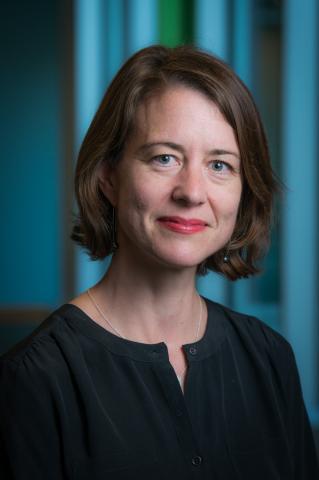 Dr. Cristie Ford’s research focuses primarily on regulatory governance as it relates to international, US and Canadian financial and securities regulation. Prior to joining UBC, Professor Ford practiced law at Guild Yule LLP in Vancouver and Davis Polk and Wardwell LLP in New York. She obtained her graduate degrees from Columbia Law School, where she also taught in a variety of capacities.