Bell Is the Tell I’m Thinking Of

Without a doubt, Vavilov is the ‘sexier’ case in the recent Supreme Court administrative law trilogy. It has everything that Canadian readers of law could hope for: espionage, intrigue, injustice, and a feisty disagreement about the standard of review. Wait, you say! Disagreement about the standard of review? Wasn’t the trilogy meant to resolve this thorny debate? Well, not exactly, and it only goes to show that we Canadians must *love* this eternal conversation.

I will argue that the Supreme Court performed a nifty sleight of hand in the Trilogy. To be sure, Vavilov was meant to act as the “signal” case in contrast to Bell’s “noise”. But Bell is not simply noise: it is the real deal. With apologies to Roxy Music, I am going to suggest that Bell is the tell in the shell game that is administrative law and it gives us vital clues about how judicial review may look in the near future.

T’ain’t no big thing / The toll of the bell

My colleague Professor Cristie Ford has ably laid out the long and winding road that is the history of the standard of review. In her view, this history reveals more than the celebrated “deference as respect” principle at work but, also, the recognition of foundational pluralism in Canadian public law. From CUPE to Southam to Dunsmuir to MacLean, we are familiar with the contours of this recognition: administrative decision-makers who are entitled to err within their jurisdiction, because of their expertise and because of the judicial avowal that other actors can have the interpretative upper hand, leading to the dominance of reasonableness review. A number of objectives underlaid this trajectory: realizing the intertwined principles of democracy, parliamentary sovereignty and the rule of law; affirming the administrative state as a legitimate fourth branch of government; respecting the separation of powers by minimizing judicial review when the legislature indicates that the decisionmaker has primary jurisdiction to fulfill its mandate and interpret the law in relation to that mandate; and, conserve scare judicial resources by increasing access to non-judicial justice. Where this trajectory failed was in ensuring certainty, coherency and workability in administrative law and ensuring that a case’s focus remained on its merits, and not on “law office metaphysics”.

Certainty, coherence and workability are important goals and the trade-off with institutional and interpretative pluralism could not, over time, hold. The ‘high deference as respect’ era appears to be over and I agree with Professor Ford that Vavilov represents a “retrenchment by a more assertive, and conservative Court … [which] ceded the field in this particular battle to win the war of defining the ground rules.” The Vavilovian signposts are clear: we no longer need to engage in a contextual inquiry to determine the standard of review; the privative clause is otiose; expertise has become practically irrelevant; and the Court has dialed back reconsideration as the default remedy. All of these developments point determinedly towards robust reasonableness, if not ever-present disguised correctness review.

And yet, we are told that reasonableness is the presumptive and applicable standard in ALL instances unless clear legislative intent exists that tells us otherwise … or because the rule of law dictates it. But the buzz of Bell sets a different tone, a different judicial attitude.

Before Vavilov, Bell would most certainly have been decided on a reasonableness standard. Why? As the ‘concurring dissent’ by Abella and Karakatsanis JJ state, the Canadian Radio-Television and Telecommunications Commission (CRTC) is the “archetype” of an expert administrative tribunal with a 40-year-old regulatory pedigree. Hey — it’s almost as old as the Super Bowl! But several more key reasons existed.

The first, of course, is expertise: its expertise in interpreting statutory terms of a “technical nature”; its specialized technical knowledge; and the highly technical context without judicial analogue. The second is the broad grant of discretion to make decisions in the public interest that touch on fundamental policy objectives such as Canadian identity, cultural sovereignty, linguistic duality, Canadian programming content, and serving people with disabilities equally. The third is the democratic and fair process that led to the ultimate decision — a 3-year consultation process with the public and stakeholders that included a notice-and-comment period that specifically sought Bell Canada and the NFL’s views on the proposed new policy and regulations. Moreover, this process truly responded to the views of ordinary Canadians: 20% of all complaints that the CRTC received about simultaneous transmission were related to Super Bowl commercials. Canadians did indeed feel that they had a ‘right’ to watch American ads during the Super Bowl to the dismay of Bell Canada. Fourth, the legislature inserted key signals in the enabling legislation such as: making simultaneous substitution an exception to the general rule in s7 of the regulations; making the new public interest provisions broader than those that were repealed; and a privative clause that is worth replicating in full:

31 (1)   Except as provided in this Part, every decision and order of the Commission is final and conclusive.

Lastly, the provision in dispute — s9(1)(h) — attracted multiple interpretations in the past, including the contradictory interpretations of s9(1)(h) advanced by Bell Canada itself in prior interactions. Based on these considerations, Near JA at Federal Court of Appeal selected the reasonableness standard.

Appeal to Federal Court of Appeal

31 (2)   An appeal lies from a decision or order of the Commission to the Federal Court of Appeal on a question of law or a question of jurisdiction if leave therefor is obtained from that Court on application made within one month after the making of the decision or order sought to be appealed from or within such further time as that Court under special circumstances allows.

Because the interpretation of s9(1)(h) was a question of law, appellate norms demanded correctness review. As Paul Daly phrases, this is a “brutal” fate for the privative clause which should have at least resulted in parity with the statutory right of appeal. Moreover, when the nature of the question was combined with correctness review at bar it turned the interpretive problem closely into the now abolished ‘true question of jurisdiction’. Professor Alexandra Flynn discusses her recent analysis of statutory appeals on questions of law in the post-Vavilovian world. She concludes that judicial obedience to legislative intent — intent that is both murky and arguably contradictory in some cases — results in a form strict correctness review that trumps deference to municipalities and signals a worrisome direction in the jurisprudence.

When it came to the interpretation of the provision in dispute, the Majority applied correctness with a vengeance, showing no deference to the CRTC and barely considered its reasons. In their interpretation of the disputed provision, the placement of the commas determined the true meaning of the provision in dispute. Bell therefore joins CUPE in the great pantheon of Canadian cases that depend on the placement of commas.

(h)     require any licensee who is authorized to carry on a distribution undertaking to carry, on such terms and conditions as the Commission deems appropriate, programming services specified by the Commission.

As the Majority wrote:

It is highly relevant that, in the English version of the Act, the phrase “on such terms and conditions as the [CRTC] deems appropriate” is couched in between commas, next to the words “carry” and “programming services”. This, in our view, indicates that the primary power delegated to the CRTC is to mandate that television service providers carry specific programming services as part of their cable or satellite offerings, and that the secondary power relates to the imposition of terms and conditions on such mandatory carriage orders.

Using a plain meaning and grammatical approach, the Majority concluded that a narrow reading of s9(1)(h) comported with the statutory objectives and context and meant that the CRTC did not have a general power to impose conditions on carriage, but only to the issuance of mandatory carriage orders on specified terms and conditions. The CRTC’s order, then was made outside of its delegated power and was therefore invalid.

According to the ‘concurring dissent,’ however, a better depiction of the CRTC’s jurisdiction could be found not only in the existence of the privative clause and expertise, but also the general powers and the foundational principle of democracy located in other provisions:

Authority re questions of fact or law

17      The Commission has authority to determine questions of fact or law in relation to any matter within its jurisdiction under this Act.

Where public hearing in Commission’s discretion

Looking to the reasons that the CRTC gave for its interpretation of s9(1)(h) and the resulting order, Abella and Karakatsanis JJ found this decisionmaker to be reasonable and that Bell Canada and the NFL did not meet the burden of showing the decision to be unreasonable:

… We agree with the Federal Court of Appeal’s assessment that “[i]t is not for the Court to engage in weighing these competing policy objectives and substituting its own view in deciding which policy objectives should be pursued” in the public interest: para. 24. The Super Bowl Order was one piece in a mosaic of decisions arising from nearly three years of consultation and was reasonably determined to further the policy objectives of the Broadcasting Act. Section 9(1)(h) contains no statutory limits on the types of terms or conditions that the CRTC may deem appropriate towards programming services, and the provision must be read in light of Parliament’s broad grant of discretion to the CRTC. Throughout the process, the CRTC made clear that its decision was weighed — and ultimately justified — in light of “much broader policy determinations” and the CRTC’s duty to regulate the “system as a whole”.

Dim the lights, you can guess the rest

Professor Ford sees a pragmatic light at the end of the Vavilovian tunnel. All three of us agree that the enhanced reasons requirement is a real win-win. But it hard not to look at the political currents from the south and see that they have been imported into Bell: the libertarian attack on the administrative state, demands to roll back Chevron deference, and renewed calls for a revived and enhanced non-delegation doctrine to ensure non-arbitrary grants of power to administrative decisionmakers. After all, the NFL who adopted Bell Canada’s arguments, characterized the CRTC’s interpretive authority as “an “Orwellian power to reach down into the specific shows that broadcasters create and decide which ones are worthy of distribution to the public…”. Ironically, it may be that the economic power of the private sphere and its profit motives ultimately won the day with the invalidation of the CRTC’s decision. Regarding deference as respect and the administrative state, I hope that it is not a fitting end to this post to close with this telling quote from John Donne: “Perchance, he for whom this bell tolls may be so ill, as that he knows not it tolls for him …”

This story, with included footnotes, was originally posted on Administrative Law Matters on 29 April 2020. 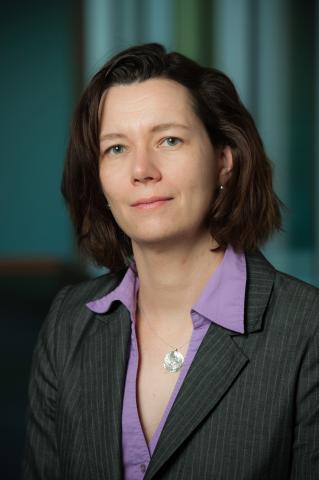 Professor Mary Liston is an Assistant Professor at the Allard School of Law. She teaches administrative law, public law, legal theory, and law and literature. Her research focuses on advanced and comparative public law, Canadian administrative law, Aboriginal administrative law, and theories of the rule of law. Her work has been cited by the Supreme Court of Canada. She is a co-author along with Craig S. Forcese, Adam Dodek, Philip Bryden, Peter Carver, Richard Haigh, and Constance MacIntosh of Public Law: Cases, Commentary and Analysis, 3rd ed. (Emond-Montgomery, 2015). She is also a contributor to the casebook Administrative Law in Context, 2nd ed. (Emond-Montgomery, 2013).