There’s a New Boss in Town: Vavilov and Municipalities

In the curious time of COVID-19, Canadian municipalities have leveled the virus’ spread by enforcing distancing rules, fining non-compliant businesses, and maintaining garbage collection, among other mundane tasks. City decision-makers are clearly ‘governments’ – and important ones, too. But, in legal speak, municipal councils are actually administrative bodies, nothing more than ‘creatures of the province’. They must heed the whims of provincial governments, with their decisions subject to judicial review.

At least that is the story so far. In late March 2020, as the pandemic overtook the 24/7 media cycle, the Supreme Court of Canada (SCC) quietly released a potentially far-reaching decision. They will hear an appeal of the Province of Ontario’s controversial 2018 edict reducing the size of Toronto City Council. The case will settle a crucial dispute over how far provinces can go in enforcing the ‘creature of the province’ lingo.

The SCC’s decision in Vavilov impacts municipalities, too. As Professor Ford rightly observes, the SCC’s decision in Vavilov is line-drawing and far-reaching, with Bell the first Vavilovian casualty. This post zeros in on the question of cities, examining ten post-Vavilov decisions that engage with the new framework. As these fresh judgments show, Vavilov has indeed made waves, replacing the historical deference towards municipalities with statutory obedience, shifting the standard from reasonableness to correctness in many cases.

Municipalities are a curious construct in administrative law. The SCC has long acknowledged that municipalities are democratic governments that represent their residents. However, under section 92 of the Constitution Act, “each Province the Legislature may exclusively make Laws in relation to Matters coming within the Classes of Subjects next hereinafter enumerated,” which includes “Municipal Institutions in the Province.” Provinces set out local powers through legislation and municipal decisions are subject to judicial review like other administrative bodies. Municipalities must act within jurisdictional limits or courts will “quash municipal action as ultra vires, or beyond its legal competence.”

Despite these purportedly blunt lines of authority, the SCC has carved out a rather distinct role for local democracies, with municipal decisions almost always judicially reviewed based on a standard of reasonableness. In Catalyst Paper v North Cowichan, the SCC noted the unique nature of municipal decisions at para 19:

The case law suggests that review of municipal bylaws must reflect the broad discretion provincial legislators have traditionally accorded to municipalities engaged in delegated legislation. Municipal councillors passing bylaws fulfill a task that affects their community as a whole and is legislative rather than adjudicative in nature. Bylaws are not quasi-judicial decisions. … [R]easonableness means courts must respect the responsibility of elected representatives to serve the people who elected them and to whom they are ultimately accountable.

Up till now, the municipality has been given broad deference, with the proviso that bylaws must conform to the statutory regime set up by the legislature. A bylaw is unreasonable only where “no reasonable body informed by these factors could have taken will the bylaw be set aside,” sounding a lot like Wednesbury unreasonableness with, undeniably, broad deference to municipal decision-makers.

An analysis of post-Vavilov decisions

While the body of decisions following Vavilov is pretty skimpy, the new framework suggests a shift in the deference once given to municipalities. Now, statute is king.

Second, courts have affirmed, perhaps once and for all, the presumption of reasonableness for a statutory decision that involves the interpretation by municipalities of their ‘home’ legislation In GSR Capital v The City of White Rock, the court refused the argument that a new category of correctness review was necessary, writing:

Vavilov was very clear and deliberate about the decision to remove true questions of jurisdiction as a distinct category of correctness review. The fact that the reasons did not expressly discuss the line of jurisprudence applying correctness review to municipalities interpreting their enabling legislation is not surprising given the fact that this decision undertook a fundamental overhaul of the law on substantive review of administrative decisions; it would be impossible to discuss every previous line of case law that came before it. In my view, the Court in Vavilov was very clear that reasonableness review applies to questions on whether administrative decision makers have acted within the scope of their lawful authority, and that the basis for recognizing any new category of correctness review would be exceptional. I do not think that such an exceptional circumstance can be said to arise here.

Third, the difficulty in tracking reasons, an emphasis in Vavilov, does not appear to trouble judges in municipal cases. To be fair, the SCC took a lot of the guess work out, quoting from McLachlin C.J. in Catalyst that, “[t]he reasons for a municipal bylaw are traditionally deduced from the debate, deliberations, and the statements of policy that give rise to the bylaw.” Singing to the choir, the court in GSR v White Rock gave wide berth to the city’s rationale for its decision, even where a new city council passed a hasty bylaw that made an existing building permit unlawful. In 1120732 B.C. Ltd. v. Whistler (Resort Municipality), the court likewise concluded reasonableness despite a rather murky record, concluding that although, “the record does not indicate the reasons why the council held that belief,” the “council’s decision should not be disturbed on judicial review.”

Other recent cases show that judicial obedience to legislative intent in Vavilov trumps deference to municipalities. In four of the cases decided since Vavilov, the standard of review shifted from reasonableness to correctness as a result of appellate provisions. The results mirror Professor Liston’s findings in regard to Bell. For example, in Coquitlam (City) v. British Columbia, a case concerning whether property was taxable or subject to an exemption under the relevant provincial legislation as a result of a contingent property interest, the court was unequivocal that the existence of an appellate standard would be applied. Since the matter involved questions of law, the standard was correctness.” The court admitted that this approach “marks a departure from recent jurisprudence developed in the assessment appeal context where it has generally been held that the standard of review on such appeals is reasonableness.” A similar decision from an Ontario superior court “reset” the standard of review of committee of adjustment decisions from reasonableness to correctness, “emphasizing respect for legislative intent.”

This adherence to legislative intent applied even in a case where the legislature subsequently replaced an appellate review provision with one mandating judicial review. In Ten 201, the Alberta Court of Appeal considered a tribunal decision related to the release of information used as the basis of property assessments. The court decided that the standard of review was correctness. The Court acknowledged that, at the time the initial decision was made, the standard of review was reasonableness, but given the appellate review clause and the nature of the question, correctness now applied. The court gave little weight to the fact that the appellate section had been amended to clarify that judicial, not appellate review, should be the approach taken by the courts, concluding, “there is no principled rationale that would permit this Court to ignore the statutory appeal mechanism that existed and was utilized at the time the respondents filed their Originating Notice of Motion.”

This is a concerning result. The Vavilovian obsession with legislative intent seems to overlook legislative efforts to amend appellate review statutes to clarify the standard of review. Given the heft of appellate review in the new framework, it seems only fair to recognize swift legislative amendments as relevant.

The SCC affirmed in Vavilov that, “[r]easonableness is a single standard that takes its colour from the context,” citing numerous decisions, including Catalyst. For the last couple of decades, the colour of the municipal context meant deference. As Professors Ford and Liston say, and I agree, Vavilov has shifted substantive review to clean lines and broad strokes, with the messy nuance of deference swept away. Municipal decision-making bumps sharply into Vavilov’s rigid corners when it comes to legislative intent. The reality is that municipalities are subject to dozens, sometimes hundreds, of statutes. Some of these statutes have appellate review provisions that no legislature intended would have the weight now afforded to them. This muddy, but real, context has little weight now. Municipalities are indeed creatures of the province when it comes to standard of review.

This story, with included footnotes, was originally posted on Administrative Law Matters on 30 April 2020. 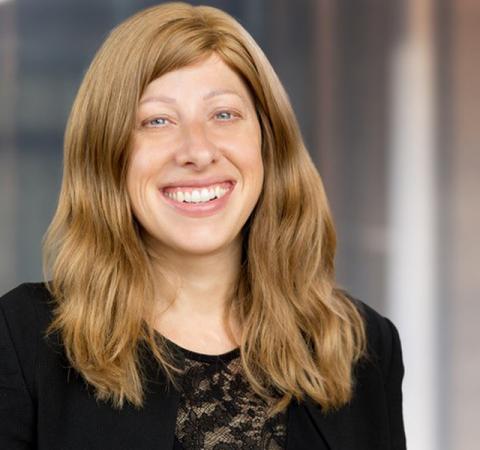 Assistant Professor Flynn’s teaching and research focuses on municipal law and governance, administrative law, property law, and experiential education. Her previous project, “The Landscape of Local in Toronto’s Governance Model,” looked at the overlapping geographies and governance of city space, including the formal and informal bodies that represent residents. The project, which resulted in several peer-reviewed paper and public reports, conceptualized how cities are understood in law and how they govern. Professor Flynn recently began a SSHRC-funded project which seeks to understand the legal relationship between First Nations and municipal governments. The goal of this project is to illuminate the legal obligations of municipal governments, including the duty to consult and accommodate, to create reciprocal, respectful relationships with Indigenous peoples and First Nations.