The Patriation of Canadian Corporate Law 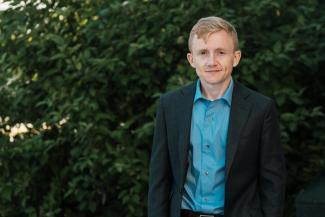 Canadian corporate law belongs within a broader Anglo-American legal tradition, sharing many of the features of other common law jurisdictions, most notably England and the United States.  This shared heritage raises an important empirical question—namely, which of these two countries has had greater influence on Canadian corporate law?  A lecture recently given by Dr. Camden Hutchison, Assistant Professor at the Allard School of Law, addressed this question by presenting a comprehensive citation analysis of all corporate law decisions by Canadian courts of appeal since 1867.

Professor Hutchison spoke about the transition over the last 150 years from Canadian law's reliance on English precedent to its current focus on domestic precedent.  The discussion included the effect of abolishing appeals to the Judicial Committee of the Privy Council in 1949 as well as the continuing influence of English precedent in cases where Canadian courts are faced with unsettled legal issues.  Professor Hutchison also challenged the assumption that American law has had a significant influence on Canadian courts, arguing that Canadian corporate law has shaped its own distinct identity.

This lecture was hosted by the Centre for Business Law at the Allard School of Law and The Law Courts Inn’s Lunching with Leaders discussion series.

Professor Hutchison’s most recent publication, The Patriation of Canadian Corporate Law is available for download.