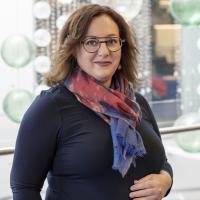 I was beyond excited when the Annual Review of Law and Social Science reached out to see if I would write an article on legal transplants. The journal is one of approximately 40 annual review publications, with this particular review publishing what are now seminal articles from preeminent Law and Society scholars, including “After Legal Consciousness,” by Susan Silbey, and “Does the Process of Constitution-Making Matter?” by Tom Ginsburg, et al. To be included in this company is a huge honour and thrill.

What is your article about?

Recently, comparative law scholars have used the legal transplant metaphor to conceptualize both the hazards and benefits of taking in another legal system’s rules. I wrote the article, “Why Legal Transplants,” to examine the research on the movement of law and the effect on legal rules, norms and institutions when they move from one jurisdiction to another. I provide an historical overview of the key developments and debates within the literature and suggest new directions for research that could become a sociology of the movement of law.

Why does it matter?

One of the big questions about taking law from one jurisdiction to the next is whether it will operate as expected in the recipient jurisdiction. Will the legal rule or institution work in the same way or will it be changed and shaped by the local legal culture? At their foundation, these are law and society questions. How does law reflect the social circumstances and social orientation of the country where it is now operating? Does culture matter to law, to how it works and operates? The Annual Review of Law and Social Science seeks to, in the journal’s words, “enhance the understanding complex connections between law, culture, social structure, and society.” Legal transplants can be rich sites for the exploration of these interconnections.

Unfortunately, even within its seminal debate about the role that culture plays in shaping and structuring legal institutions, comparative law and its legal transplant literature can be myopically apolitical. As David Kennedy once wrote, comparative law, "as an intellectual project of understanding between cultures" sees itself "as precisely not about politics or governance."[1] However, the movement of laws between jurisdictions is often highly political and infused with power imbalances, in particular when law reform in the Global South involves transplanting legal rules or institutions from the Global North.

During the Washington Consensus period in development, international financial institutions could include packages of legal reforms as conditions for loans and financial aid. When the development community moved away from this approach, the imposition of rules and institutions became more diffuse or opaque. However, that does not mean that we can ignore power imbalances or political struggles. The World Bank’s Doing Business report (comparing laws in 190 countries), Mexico’s transition to an adversarial criminal justice system, Argentina’s incorporation of US style jury system, or Ghana’s introduction of a specialized commercial court, are not just enactments of best legal practice. They are each their own site of social competition and political contestation.

What is your hope for the future of this field?

In the article, I advocate for the development of sound experimental and observational studies of the cross-jurisdictional movement of law. A sociology of the movement of law holds great potential for scholars interested in global perspectives, cross-cultural conversations, and law’s aspirations for equality and justice. On that basis, I argue that socio-legal scholars should (a) study the people involved in the movement of law; (b) pay attention to the power and politics involved; and (c) be less concerned with nomenclature and instead build empirically grounded, detailed accounts of how legal change occurs.

Here’s an example. Several scholars comment on the role that legal education plays in the movement of law by exposing students to the laws of other jurisdictions. Some of the early legal transplant research noted the role of university education in the movement of Roman law across Europe. Today, law schools host foreign-trained lawyers who learn about the legal institutions in their place of study, potentially influencing their assessment of what constitutes good laws and rules, and aiding in the diffusion of legal ideas. Yet there has been little targeted, well-designed empirical research looking at the social processes and role of legal education in the movement of law. Moreover, the education of non-western students in North American or UK law schools is hardly an apolitical affair.

Scholars need to consider how power is instantiated in law reform projects, in the movement of law, and in development projects that seek to implement best practices. Diffuse social processes like knowledge communication and discursive practices continuously shape actors’ interests and preferences. These background forces have effects that are indelibly linked to the causes and cultures we value and promote. A legal transplant is not simply a tool or instrument to improve contractual relations or assist in the procurement of foreign direct investment. It is also part of systems of knowledge that help construct social relations. A sociology of the movement of law should examine such issues as where the money is (who is providing funding?), where the power plays are (who gets to ask the questions, who benefits?), and consider how law moves across jurisdictions within that context.

Toby Goldbach joined Peter A. Allard School of Law in 2017 following a two-year teaching fellowship at Cornell University Law School. Dr. Goldbach was a UBC Green College Leading Scholar (2018-2020) and is co-chair of the Law and Society Association Collaborative Research Network on Innovations in Judging.