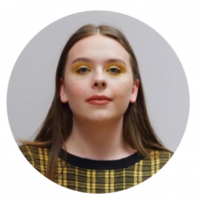 Reinventing networking as a legal tool

From early in his legal career, John Bonine demonstrated a strong interest in protecting and implementing environmental rights. He was Associate General Counsel at the U.S. Environmental Protection Agency (EPA) before becoming a law professor at the University of Oregon. There he would go on to create the world’s first environmental law clinic in 1978. The Western Environmental Law Clinic (now “Center”) has seen a lot of success, and Bonine has founded (and co-founded) many other organizations since.

The key idea that seems to drive Bonine is the exchange of legal information across borders – breaking the barriers to legal access through education and the sharing of legal resources.

This is what really cements Bonine’s place as a “warrior lawyer”: his continued efforts to communicate with others to make them aware of the legal tools available to them for the protection of the environment.

Through his vast network of environmental lawyers and activists he is able to support and protect those at the front lines of what can be extremely dangerous work. In his work with the Environmental Law Alliance Worldwide (ELAW), Bonine has been able to go beyond the U.S. legal system to educate and provide aid to lawyers in other parts of the world. His understanding of the effect that collaboration can have on the power imbalances at play in most environmental protection litigation is unmatched. This is shown even from his roots with the WELC; efforts to protect the spotted owl started as a small legal clinic facing Oregon’s entire timber industry and morphed into a bigger movement with greater influence. On its own, the clinic would likely not have experienced as much success as they did when other groups joined and brought their own legal opinions and advice.

This was perhaps the catalyst for the development of this network of people – lawyers, activists, and students. Bonine believed these three groups were best situated to balance each other out, share ideas, and learn from one another. Ultimately, this notion is what led him to start what is now the largest annual conference in its field: the Public Interest Environmental Law Conference.

The conference was a great success as it allowed those invested in environmental protection in the U.S. (particularly those in the west) to band together and realize that there were others working towards a common goal. Bonine further expanded his network during his 1987 sabbatical, four years after the conference was established.

Travelling to other continents and meeting with environmental lawyers across the globe showed him that those outside the U.S. faced the same constraints he had been combatting in Oregon. Bonine found a distinct lack of resources and too few people to carry out the litigation necessary to challenge the industries and governments on their environmental policies.

However, Bonine does not suggest that the way to combat this lack of resources is to send U.S. lawyers to fight legal battle for foreign communities, many of which have indigenous roots. Instead, his method, and the whole point of ELAW, is to aid in growing the available legal resources in the countries themselves.

Expanding the network is about creating more places for environmental lawyers to get involved and, crucially, to avoid having only a few major players. Bonine identifies the three pillars of environmental democracy as the rights to information, participation and justice. These pillars are fundamentally reflected in the work he does. In providing support to environmental lawyers and initiatives in other countries through ELAW, Bonine is giving communities the tools to share their own voices and find success through their own legal systems.

The main thing everyone, but lawyers in particular, could stand to learn from John Bonine is that making a difference is not something you need to do alone. The real power is in building a network and using that as a legal tool in itself. Oftentimes it is easy to feel overcome by a sense of hopelessness at the state of the climate and the slow pace of environmental protection litigation, but change is not up to us as individuals. From a tiny legal clinic adamant to save the spotted owl to an entire web of environmental lawyers and activists all around the world, John Bonine proves that enacting change is, and should be, a global effort.

You can watch Silver Donald Cameron’s 2017 interview with John Bonine on The Green Interview website, which contains interviews with more than 100 environmental thinkers, defenders, lawyers and activists around the world, along with feature-length documentary films about struggles for environmental rights (teasers are free; full access requires a modest subscription).