Tracking the Evolution of Competition Law in Asia Pacific 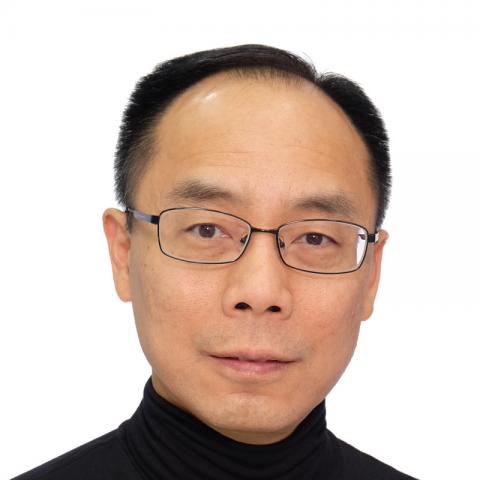 Currently working as Intel’s Asia Pacific Japan Regional Competition Law Counsel, Winston Kiang is a seasoned practitioner with experience in international sales and marketing, cross-jurisdictional antitrust litigation, and intellectual property licensing. In this interview, he shares his views on the current trends of competition law in Asia Pacific.

CALS: Tell us about the nature of your work. What are the things you enjoy most about your role as Asia Pacific Japan Regional Competition Law Counsel at Intel?

Kiang: I would say that there are three parts to my work. The first is day-to-day counselling on competition law issues: I draw upon specialized competition expertise to advise our business teams about their transactions, deal with investigations, and navigate through mergers and acquisitions. The second is education—of both business teams and our own attorneys. For example, our lawyers based in the US and Europe appreciate learning about relevant laws in Asia. The third is public advocacy. This entails creating a better legal environment for companies to operate compliantly in the Asia Pacific region. Many anti-trust enforcement agencies in Asia are relatively young, so I enjoy helping to improve regional laws and enforcement procedures.

The geographic scope of my work stretches from Japan down to Australia, and goes west through Southeast Asia, and into India/South Asia. China has a unique and dynamic competition law regime, so we have a dedicated competition counsel in China, with whom I work closely.

In the past, much of in-house competition counseling was centralized at headquarters. But as challenging issues frequently arise in different parts of the world, “in-region” competition counsel became desirable to enable timely on-the-ground decisions.

CALS: In your view, what are the most important developments about competition law in Asia Pacific? How would you compare these developments with trends elsewhere, e.g. in North America and Europe?

Another trend to watch in Asia is the use of economic effects analysis in evaluating potentially anti-competitive conduct. In the United States, the importance of economic analysis to determine whether real harm to the economy has occurred is well established. The approach across Europe varies.

In terms of comparing enforcement in Asia Pacific with peer regimes in Europe and the US, we are seeing greater emphasis in Asia Pacific on curbing what is termed “exploitative” behaviour—unfair and excessive business practices. Similar trends are seen in Europe, too. While the Europeans were early to penalize these behaviours, there was reluctance in the United States because it is often difficult to judge when aggressive business tactics cross the boundary from healthy robust competition (which benefits consumers) into excessive “exploitative” conduct (which harms competition). Consequently, the United States has historically tolerated harder competition and instead sought to bar “exclusionary” practices—when a firm allegedly eliminates competition by unlawfully excluding rivals. For now, it seems that the “exploitative” approach is gaining traction in Europe and Asia Pacific. In Japan and Korea, for instance, their competition agencies are actively enforcing a law called “abuse of a superior bargaining position”, which is a concept that originated in Europe but is taking on a life of its own in Japan and Korea.

Time will tell whether these agencies move away from or stay on this current path. Competition authorities in France, for instance, recently revived their rules against “exploitative” behaviour. The large €218 million fine issued against Apple for “abuse of economic dependence” is a prominent example. Belgium also passed a similar law recently.

To encourage global trade, harmonization among competition law regimes is highly desirable. While it is understandable that sovereign states have different national priorities (e.g., regulating “exclusionary” vs. “exploitative” conduct), there are common underlying principles that should be respected by all jurisdictions. Namely, healthy competition law enforcement should be based on sound economic analysis and comply with international due process standards.

CALS: What are some good ways for those of us based in North America to learn more about competition law in Asia?

Kiang: There are several sources that students and practitioners can refer to—perhaps the most obvious is signing up to specialized legal reporting services, publications, and events that cover competition law in Asia. Publications by major law firms, business associations, and inhouse counsel groups are other sources. Local Bar associations are also an important gateway into obtaining more information about competition law. For instance, the American Bar Association holds an annual meeting in Washington, DC, which is the largest gathering of antitrust enforcers and practitioners globally —you can attend the conference if you are genuinely committed to learning more about this area.

In terms of international organizations, the OECD has a competition law division that produces quality scholarship and best practices papers. The International Competition Network, which comprises major antitrust enforcement agencies in the world (as well as non-government advisors like legal professionals and economists), also meets frequently to align global practices. This may be something of interest to lawyers looking to specialize in competition law.

CALS: Your career has led you from serving clients at a Vancouver law firm to working in-house for a powerful American company. Can you tell us a little about this transition?

Kiang: I was initially a partner at Davis and Company (now DLA Piper)—my 12-year career at the firm gave me solid legal practice skills and a great range of experience working with large companies, particularly from Asia Pacific. I moved to Tokyo after accepting a job opportunity at Intel to manage the legal department in Japan. Since I was born and raised in Japan until age 17, it was an easy transition to make. As general counsel of Intel Japan, I was involved in a wide variety of transactions like patent cross-licenses, government investigations, major litigation, M&A and commercial deals.  ln 2005, I was asked to lead the sales and marketing legal team across Asia (including China) too. In 2014, after Intel’s regional Asia Pacific headquarters was centralized in Hong Kong, I relocated to the city. I am a member of the Law Society of Hong Kong and the California State Bar, and so practicing as a lawyer in Hong Kong for an American company was seamless. Interestingly, during most of my legal career in Asia Pacific, competition law issues were constantly arising.  I studied competition law when I obtained my LLM degree in England, and I had a good grounding in the subject matter fortunately.  When the job of regional Asia Pacific Japan competition attorney opened at Intel, I decided to transition to that position.

My advice for students interested in competition law, counseling tech companies, or working in Asia Pacific is to seek out opportunities that will further that interest. During my undergrad at UBC, I completed the computer science option at the Faculty of Commerce, something that came to help me during my transition to a tech company like Intel. Taking advanced economic and business courses helped my understanding of competition law policy. At the Allard School of Law, I have fond memories attending several Japanese and Chinese law classes. Participating in the Asia-Pacific Law Club was a great way to meet like-minded individuals interested in Asian law. Decades later, I still maintain contact with friends whom I met in Asian law classes and during club events!

Practicing law in Asia has not been too different from practicing in North America—regardless of where you work, clients always have similar basic needs, such as the need for clear and timely advice. Ultimately, I think that learning to find practical solutions for clients and skillfully communicating the advice are the key qualities that can help students succeed in this field.