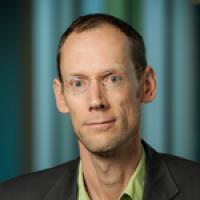 It is often said that our home is our castle. This statement seems particularly relevant at times such as this, when we are required to stay home in compliance with social distancing guidelines in order to curtail the spread of COVID-19. The beauty of a home lies in our ability to exercise certain rights such as the right to invite and receive guests. However, stories emerging across the country reveal that some strata corporations are banning non-residents in an effort to keep the virus out.

In this op-ed piece featured in The Province, Professor Douglas Harris provides a legal analysis of the non-resident bans in British Columbia and he cautions that such actions not only distort our understanding of home, but are also an inappropriate extension of governing power to strata corporations.

“Governments should be vigilant about non-resident bans in condominium buildings. To allow them is not only to diminish the meaning of home, but also to misallocate power to private government in a context — a borderless pandemic — that demands public responses,” argues Professor Harris (Source: The Province)

Professor Harris writes more about condominium as a fourth order of government and how it has become another site of conflict over the right to live in the city in his recent article, “Condominium Governments and the Right to Live in the City.” In this piece, he focuses on the conflict at Carrall Station, (a mixed use residential/commercial strata property development in the City of Vancouver’s Downtown Eastside neighborhood) between the customers of Omnicare Pharmacy and Carrall Station residents. Visit the Allard Law Research Commons to download the full article.