Law Fit for a Heating Planet?

Why are environmental protection imperatives still so marginalized from law’s core preoccupations? How did we end up with the fragmented, partial, and challenging-to-enforce forms of environmental law that we have? What explains the rapid-fire dissemination of some legal institutions and innovations in environmental law? And the resistance to spread of yet others? Professor Natasha Affolder does not shy away from asking tough questions. In a research project funded by the Social Sciences and Humanities Research Council of Canada, she is grappling head-on with an under-investigated aspect of legal globalization – the active and deliberate movement of environmental law ideas, processes, and institutions across borders of all kinds.

The demand for transportable legal responses to environmental problems could not be more urgent. The burgeoning global market for climate laws speaks to this fact. And yet, there are risks endemic in uncritical transfers of law and policy, in treating environmental law as severable from its context and origins. Professor Affolder’s Contagious Environmental Lawmaking project acknowledges the enormity of the challenge of moving law and legal ideas, and seeks to learn from past experiences to improve these practices.

Working in the field of environmental law, Affolder acknowledges the temptation to stay focused on the present and the future. Spending too much time contemplating the past in a context of planetary crisis is easily attacked as leading to “distracted driving in heavy traffic”. Resisting such a view, Affolder emphasizes the value of a historically grounded study of environmental law phenomena: “Studying historical processes of environmental lawmaking forces us to acknowledge the multiple pasts that gave rise to our complicated present. Historical investigation helps us understand how certain models – such as environmental impact assessment – became the universal forms for thinking about how to integrate a concern for environmental protection through law.”

Such thinking also forces us to acknowledge the roads not taken. Large questions of stock-taking, Affolder argues, must be alert to the registers on which global scholarly and policy debates are not proceeding. She notes, “many of the most compelling contemporary global conversations about human rights and inequality are still proceeding without any acknowledgment of the backdrop assumption of an inexhaustible planet of infinite resources.”

“Powerful social histories that seek to explain the disturbing inequalities that are with us today are written as stories of capital and labour. Only rarely do relationships of inequality between humans and the natural world feature in these works. Yet research attentive to the multi-directional relationship between human suffering and environmental suffering, social justice and environmental justice, might help us connect some dots.” Affolder is quick to admit that the relationship between social and economic inequality and environmental law is of interest far beyond law, and that law’s multiple and conflicting roles in this relationship speak powerfully to the sort of environmental law that is being created and whom it might serve. She suggests that questions of how environmental law navigates issues of inequity and social inclusion, and its potential complicity in developing, finetuning and disseminating legal tools that perpetuate inequalities, will be defining issues for the field. These are issues, she stresses, that are being played out in real time in debates and legal practices, including those surrounding the geographic dislocation of the burden of addressing global warming.

Legal scholarship still has some work to do, she suggests, in terms of “taking people seriously”. This means resisting the tendency to treat legal professionals, including lawyers and legal scholars, as mere bystanders in the law’s development. The project of dismantling received wisdom about why we have the environmental law we do is being powerfully advanced as historians, sociologists, anthropologists and environmental scientists increasing engage with law and its history. In the process, these scholars are ripping to shreds many of the analytical categories that have served as unquestioned frames for much thinking about both the environment and law since the Enlightenment.

Studying the core ideas of environmental law that have spread across the globe alongside those ideas of environmental protection that have failed to gain purchase through law demands a dual-track alertness to similarity and difference. “For environmental ideas to gain global traction”, Affolder admits, “there is often pressure to situate them in narratives of the universal. What a richer and more plural sense of the environment or environmentalisms rooted in the past and in diverse cultural settings might make room for is an understanding that environmental values do not always need to be singular or universal to be powerful.”

Affolder is quick to warn, however, that “talking about the diffusion and spread of environmental law should not be seen as implying some inevitable unfolding of a progressive global expansion of such law. In more places and ways than we want to acknowledge,” she argues, “robust environmental law is itself an endangered species.” 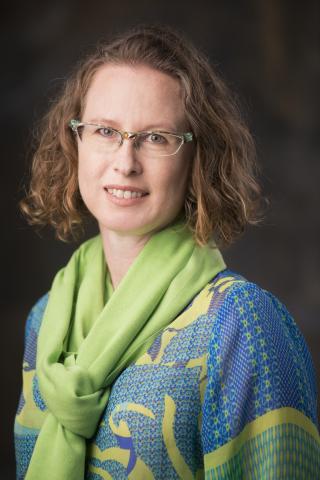 Professor Affolder’s teaching and research in the areas of transnational law and environmental governance address some of the most challenging and complex issues of our time. Her scholarship seeks to illuminate a number of unseen and less examined dimensions of environmental law and practice.