The Law of Disaster Exceptionalism

Professor Jocelyn Stacey’s research investigates how Canadian law perpetuates disaster exceptionalism, a dangerous idea that disasters are temporary, exceptional and disconnected events. By tracing foundational non-emergency laws – for example, environmental assessment laws and constitutional law – and the role they play in governing disaster, Professor Stacey shows how law contributes to and mitigates our vulnerability to disasters.

Professor Stacey received an Insight Grant from the Social Sciences and Humanities Research Council for her project “The Law of Disaster Exceptionalism: Reforming Law’s Role in Disaster”. Her research is about taking a much bigger perspective on disasters. “When we think about disasters from a legal perspective, often the focus is on the specific laws about emergency management – the laws that allow evacuations, for example, or liability of the government when it takes actions in response to a disaster. This project is really about thinking of disasters as systemic issues, to which all the features of our legal system are contributing, in one way or another,” Professor Stacey explains. Originally designed as a project on climate change, the COVID-19 pandemic shows its relevance across different types of extreme events.

This research builds on her past work on environmental emergencies, and thinking about them from a foundational rule-of-law perspective, that is: how do we need to understand the rule of law in light of the fact that we are always vulnerable to environmental catastrophe. Professor Stacey’s latest research expands on this inquiry – at its core a fascination with the distinctions that we draw between normalcy and emergency – and trying to make a sense of that from a legal perspective.

The research is, in that sense, continuous. “My interest in the project was heightened by the fact that it is so clear we live in a time of climate disruption, where climate disasters are unfolding all around us: the catastrophic bushfires in Australia, echoing the recent historic wildfires here in British Columbia. The fact is that climate change is happening and disasters and climate extremes come with it. It is a climate imperative to think in a systematic way about what that actually means for some basic assumptions that we have about the way the law operates in Canada,” Professor Stacey adds.

Her previous work presented a broader theoretical perspective about the challenges those environmental issues, in all their forms, present for law makers. Now, Professor Stacey is more focused on particular instances of disasters, like the 2017 and 2018 wildfires in British Columbia, or the floods that are happening across the country at increased frequency and severity. Those specific instances of disasters were the starting point, and Professor Stacey started mapping out from there different legal causes. “The hypothesis for this project is that all these disparate legal causes share an assumption that disasters are temporary and exceptional. This assumption not only risks contributing to disaster vulnerability but it also means that disasters are not core to our way of thinking about law. In the era of climate change, however, they have to be the core to the way we think about how law governs society,” Professor Stacey explains.

The research should lead to a series of papers that unmask the surprising areas of law that have an impact on disaster. Professor Stacey is trying to both reveal those areas of law outside of emergency management that are playing this role in creating disasters in the era of climate change, but also begin to articulate new ways of thinking about law that foregrounds the perspective and experience of the communities that are most vulnerable to these disasters.

“This research strengthens my ability to work with affected communities, something that I have some experience with already. At this particular moment in time, the province of British Columbia is modernizing its Emergency Program Act, and the pandemic presents an opportunity to rethink the way in which emergency management is governed in the province. Disaster is a timely and pressing issue, and I am privileged to support communities which are working through this in real time,” Professor Stacey adds. “The third piece of this research project is to recruit graduate students interested in researching and writing about disasters from a legal perspective. There are very few people in Canada (at least prior to the pandemic) who think about law in this way, there is a real need to have more researchers with legal expertise specifically on disasters, given the pressing nature of the climate change,” Professor Stacey concludes. 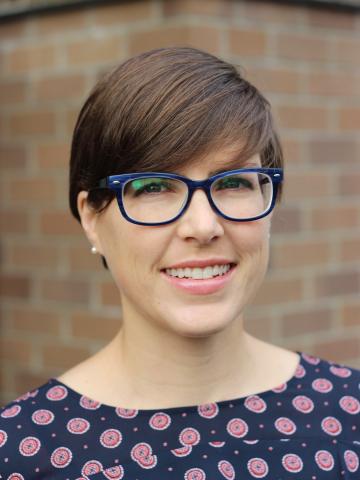 Jocelyn Stacey is an Assistant Professor at the Peter A. Allard School of Law, University of British Columbia. Her research focuses on Canadian environmental and administrative law and theories of the rule of law. She is completing her doctorate at the McGill Faculty of Law and has a LLM from Yale Law School. Prior to completing her graduate work, Jocelyn clerked for the Honorable Justice Marshall Rothstein at the Supreme Court of Canada.