According to Professor Ljiljana Biukovic, we are at a significant juncture in the history of globalization, with newly established Chinese led structures testing the current international status quo and the old Bretton Woods institutions.

“People are now talking about the rise of protectionism in the United States, and whether it will lead to China being the biggest force of integration and globalization in the world. This is where the impact of my research is – in revealing the possibilities for having reforming the current institutions or for a new parallel system of international institutions, especially in the area of international economic law, ” Dr. Biukovic explains.

Chinese-led initiatives to create new banks – such as Asia Infrastructure Investment Bank (AIIB) and New Development Bank of BRICS – are already challenging established international financial institutions such as World Bank and International Monetary Fund (IMF). Dr. Biukovic’s latest research, to be published in the forthcoming edited volume Local Engagement with International Economic Law and Human Rights (Edward Elgar, 2017), looks more closely at the impact China is having on creating alternative and parallel international institutions, as well as China’s impact on the design of free trade agreements and bilateral investment treaties.

Co-edited with Allard Law’s Dr. Pitman Potter, the book comes out of a workshop organized by the Oñati Institute for Sociology of International Law. Among other topics of ongoing debate, the volume examines how global trade rules are internalized in the member states of the World Trade Organization (WTO), and also tackles big questions such as the extent to which globalization is reducing the regulatory sovereignty of member states. Again, China’s role is critically important.

“According to the United Nations Conference on Trade and Development (UNCTAD) data, only Germany has more bilateral investment treaties than China. The question remains as to how China will change the way in which such treaties are negotiated. In Canada and other developed countries, the prevailing public perception is that bilateral investment treaties represent a dangerous way of eroding regulatory sovereignty of member states. Although these treaties allow foreign investors to challenge regulatory decisions of states in important areas such as health and environment they also provide states with economic development opportunities. Therefore, states should engage in negotiation of these treaties carefully and guided primarily by political and economic priorities of their communities rather than private and foreign business priorities. The fact that Chinese state own companies are major foreign investors in many countries, including Canada, needs to be taken into consideration when we discuss the rights of investors under the bilateral investment treaties,” Dr. Biukovic notes.

The theme of the impact of regional economic integration on domestic law is taken up by Dr. Biukovic in her research focusing on European integration as well. As she explains, the core of this project is “about the engagement of the European Union with Canada on one the hand and with the UK on the other, given the recent decision of the UK to leave the EU. My research is going to impact the way in which we are thinking about benefits of having reginal economic integration for its member states.”

Currently, the project involves a series of public talks and presentations to various stakeholders, including to BC Court of Appeal judges on constitutional and administrative aspects of Brexit, its impact on the development of common law, and also on Canada. Earlier, Dr. Biukovic spoke about the new investment court proposed in the Comprehensive Economic and Trade Agreement signed between Canada and European Union in a panel discussion organized by the Canadian Council of International Law and jointly hosted by the CCIL and Fasken Martineau’s Litigation and Dispute Resolution Group.

“If we discount Venezuela leaving the Andean Community and joining the Mercosur, we are now reaching a truly historic moment with Brexit. For the first time we see a country actually leaving regional economic integration after forty years of membership, during which it not only contributed to but also benefited from. UK trying to leave the EU, and its attempt to revive the Anglophone world it once had with Commonwealth countries is really of interest and it deserves our full attention.” 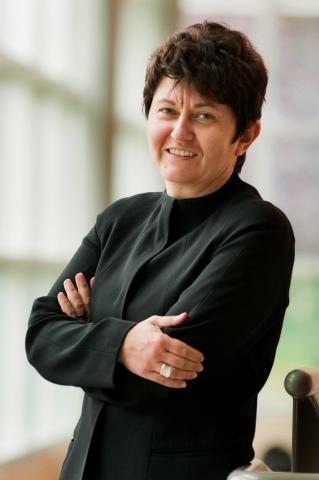