Today in the United States corporations are formed under state rather than federal law. Corporate law scholars have spent decades debating the policy advantages and disadvantages of this system. Yet the reasons it exists may lie less in current policy rationales than in the vicissitudes of history. Assistant Professor Camden Hutchison turns to the Progressive Era in the United States as a formative but under-examined period in the history of corporate law. His latest research article, “Progressive Era Conceptions of the Corporation and the Failure of the Federal Chartering Movement,” examines political efforts in the United States around the turn of the twentieth century to enact federal legislation for the incorporation of business firms.

“At the turn of the twentieth century there was a very broad political movement to pass a federal incorporation law in the United States, which reached across partisan lines. Big business supported it, as well as agriculture and labor interests. In spite of this support, the movement failed, and I’ve been interested in exploring the reasons why,” Professor Hutchison explains.

The story is an important one to tell in the context of current debates about corporate law in the United States, which are driven by the question of whether the dominance of Delaware – the main corporate law jurisdiction in the country – is the result of the economic efficiency of its laws, or simply because it allows corporate managers to appropriate shareholder value. These debates all begin by assuming that the dominance of Delaware law is to be explained through a legal and economic analysis of the laws themselves.

“There is nothing magical about Delaware law. What I really want to show modern corporate law scholars is that we could have had a completely different legal framework if the federal model had been adopted. Many corporate law scholars tend to think that Delaware law is a sort of teleological institution that has evolved toward a superior state (or devolved toward an inferior state, depending on one’s perspective). Historical analysis shows that things are far less certain than that – for better or for worse, the entire Delaware framework could have easily been precluded by federal law.”

So why did the federal movement fail? According to Professor Hutchison, the reason has to do with the very different goals of the movement’s main proponents. “It was really comprised of two different movements. There was a populist, anti-corporate aspect to it that wanted to limit the power of corporations. Another aspect came from the business community itself, the capitalist class, which wanted federal regulation that would preempt restrictive state laws and encourage the growth of big business. So we had two different political groups that wanted the same thing, but for totally different reasons. They fought over the details of legislation for about twenty years, but it never came to pass.”

While Professor Hutchison’s research challenges the assumption pervasive among many scholars that the development of corporate law is driven by economic logic, he concedes that economic forces are often important. History reveals that things could have come out differently, however, and he hopes his historical research helps to reveal the contingent nature of historical processes.

Professor Hutchison’s new faculty position at the Allard School of Law – he joined the Faculty in July of this year after completing his doctorate at the University of Wisconsin-Madison – is indeed proving the ideal place for such reflection. “Being at a Canadian law school has encouraged me to think comparatively about the evolution of jurisdictional competition in the United States versus jurisdictional competition in Canada. In Canada, all the different provinces have their own corporation laws, but unlike the United States, the federal government can also create corporations. My next research project will take a comparative look at these two countries, and examine why interjurisdictional competition played out differently in the two national contexts.” 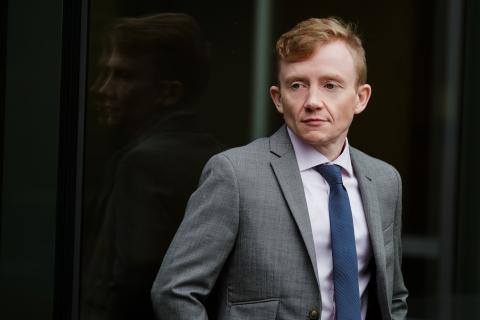 Camden Hutchison is an Assistant Professor at the Peter A. Allard School of Law, where his research and teaching focus on corporate transactions, comparative corporate governance, and the historical development of corporate law. Prior to joining the law faculty, Camden earned his Ph.D. in history at the University of Wisconsin–Madison, where his dissertation examined the history of corporate regulation in the nineteenth- and twentieth-century United States. Before returning to graduate school, he practiced as a corporate associate at the law firm of Kirkland & Ellis LLP, where he represented private equity firms and public corporations in connection with mergers, acquisitions, and other corporate transactions. Camden holds a J.D. from Columbia Law School and a B.A. in history from the University of Rochester.