Responding to Gendered and Racialized Violence: Exploring the Role of Expert Witnesses

According to Professor Emma Cunliffe, the criminal legal system in Canada is failing to deliver on the Charter guarantee of equal protection and benefit of the law for women – especially for Indigenous women and girls. And at least one source of this failure may be a feature of the system not usually discussed in relation to equality and the fundamental principles of justice: the role of expert witnesses in legal proceedings regarding violence against women. Professor Cunliffe has recently received a five-year SSHRC Insight Grant in order to study the role and risks of such evidence in the Canadian legal system.

Legal conventions and the media generally characterize expert evidence as an objective, authoritative and reliable source of information. Yet the fields of expertise that are most relevant to the legal system – forensic science and medicine, psychology, psychiatry – have in recent years been shown to be susceptible to the same implicit biases that affect the legal system. “Implicit bias” is an attitude or stereotype that operates below conscious awareness and has the potential to influence how humans assess evidence and make decisions. Such biases can be particularly insidious when they relate to gender and race.

Professor Cunliffe’s research will draw on the transcripts of expert evidence in legal cases, commissions of inquiry and inquests, comparing the work that expert witnesses do in these legal contexts with the peer reviewed literature in their professional and scholarly fields. She will explore how the ethical rules that bind expert witnesses in their work as professionals relate to the legal rules that apply to their work in courtrooms. More broadly, she will trace how potential sources of implicit bias within experts’ work on cases translates into or reinforces the implicit biases that have been documented within the legal system.

The importance of this research is demonstrated by the ways in which the legal system has struggled to respond to the reports of almost 1,200 murdered and missing Indigenous women in Canada. “Given the growing evidence that implicit bias affects decision-making in all fields of human judgment, there is real value in looking carefully at how lawyers and experts establish the facts in particular cases. From a detailed analysis of factual reasoning, one can understand how courts and commissions of inquiry come to official accounts of violence and official attributions of responsibility for violence,” Professor Cunliffe explains. Such an analysis can also help us to see the gaps and inadequacies within our prevailing approaches.

The question of how to make state processes less susceptible to discrimination and implicit bias is a huge one, not an issue to be resolved in the context of a single research project. Professor Cunliffe’s goal is more modest: to think carefully about the contribution of one particular type of evidence to those problems, and to encourage lawyers, judges, and expert witnesses to be more thoughtful about the role and limitations of expert opinions. The project will generate recommendations to assist legal actors such as judges to assess expert evidence, and to suggest how expert witnesses can fulfill their responsibilities in a manner that minimizes the scope for the operation of implicit bias.

Professor Cunliffe is involved in judicial education, and she is excited about the potential of her latest research project to assist with designing effective judicial education programs. But she hopes, too, that her work will help to stimulate a broader public discussion about the problems of gendered violence – a timely and urgent topic as Canada embarks on a National Inquiry into Murdered and Missing Indigenous Women and Girls. 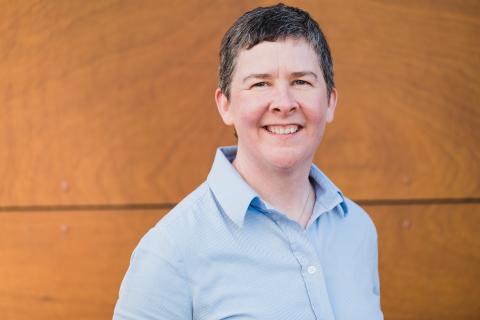 Dr. Emma Cunliffe is an Associate Professor in the Allard School of Law. Dr. Cunliffe studies how courts decide the facts of contested cases. She is particularly interested in expert evidence, the operation of implicit bias, and legal processes regarding interpersonal violence. Dr. Cunliffe is a member of the evidence-based forensic initiative, which is based at the University of New South Wales (where she is a senior visiting fellow). At UBC, Dr. Cunliffe teaches criminal law, evidence, jurisprudence and seminars in factual reasoning and research methodologies. She has won a UBC Killam Research Fellowship (2014), the Killam Award for Teaching Excellence (2010) and the Faculty Scholar Award (2015).