For Dr. Pooja Parmar, returning to school for graduate studies was a way of finding answers to the many questions about law and justice she had begun to think about during her eight years of law practice in New Delhi, India. Dr. Parmar, who completed her LLM degree at the Allard School of Law in 2006 and then a PhD supervised by Dr. Wesley Pue in 2013, recently published a book that helps to answer some of those questions.

Dr. Parmar’s book, Indigeneity and Legal Pluralism in India (Cambridge University Press, 2015) developed out of her PhD research, which focused on understanding why and how the law and legal institutions fail to respond in meaningful ways to certain claims made by Indigenous peoples. She suggests that some answers can be found by examining the processes of re-presentation and translation of Indigenous claims into the language of state law.

Dr. Parmar examines these issues in her new book by focusing on a highly-publicized dispute over ground water in Kerala, India. This dispute involved protests by Adivasi (a term for Indigenous peoples in India) peoples against a Coca-Cola bottling plant. The litigation surrounding these protests is still before the Supreme Court of India. Dr. Parmar juxtaposes multiple accounts of the dispute that are based on the interviews she conducted during her fieldwork in India in an attempt to discover what this dispute means to the various groups involved. Though much has been written about this dispute in the past, Dr. Parmar’s book focuses on the previously excluded Adivasi accounts.

“How do you tell somebody else’s stories in a way that does not do further violence to them? It has been challenging in that sense,” she said in a phone interview. “I have learned a lot through this process, in my attempts to understand what’s been going on there, but also in my attempts to re-present what I understood to a broader audience”.

Dr. Parmar came across this complex dispute while writing her LLM thesis on the right to water, and became interested in understanding the perspectives of Adivasi protestors, as well as the role of lawyers and the formal legal processes in shaping the legal story and potential outcomes. She suggests that recognition of the role of legal professionals in transforming complex narratives of rights and wrongs into legal claims could help us better understand the ways in which the most important elements of the narratives can be lost, often resulting in further violence to Indigenous peoples.

Dr. Parmar also made the decision to have her PhD dissertation on which the book is based translated into the local language of the people she interviewed. “I’m trying to bring it back to the community,” she said. “I’d like for them to be able to see how I have presented their stories, and perhaps tell me what I got right and what I didn’t get quite right”.

Dr. Parmar joined the University of Victoria Faculty of Law in 2015. She continues to find ways to bring the insights she has gained through her research into the classroom. 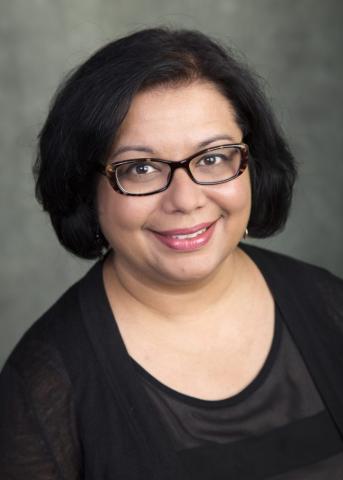