Dr. Wesley Pue is known for work in legal history that challenges conventional narratives told within the legal profession about its past. An earlier series of his essays concerned those the legal establishment has tended to treat as “outsiders” and “folk devils,” such as the English barristers who were demonized for seeking to reform English legal education and legal institutions. Acknowledging the mythic dimensions inherent in the use of history, Dr. Pue has sought to lay the foundations for what he terms “better myth”. In these and other ways, Dr. Pue has not only advanced our understanding of the legal profession’s past, but also enhanced our understanding of the use of history by the legal community. He has also been one of the pioneers in refocusing legal history in a way that is acutely sensitive to the local but avoids the parochial with its attention to broader international contexts.

Dr. Pue’s latest book, Lawyers’ Empire: Legal Professions and Cultural Authority, 1780-1950 (UBC Press, 2016), delivers a collection of essays exploring the origins of the contemporary arrangement of the legal profession in Canada. “Lawyers’ Empire” is a phrase that perfectly captures the double meaning at the centre of this collection of wide-ranging and provocative cultural history of lawyers and the legal profession. The social roles that lawyers imagined for themselves in England and its empire from the late-eighteenth to the early twentieth century linked professional and political visions. The chapters draw attention to recurrent tensions in how lawyers have best assured their own economic well-being while simultaneously advancing the causes of liberty, cultural authority, stability, and continuity. The collection is a substantial and enduring contribution to legal history, approached from a rigorous law-and-society perspective.

The contrast of the eighteenth- and nineteenth-century English bar with its politically activist Parisian cousin is among the conventional professional representations Dr. Pue problematizes. English barristers, like their counterparts in other countries, were frequently drawn to political action. While on the whole less activist than the Parisian bar, neither the political quiescence of barristers nor their supposed conservatism should be overstated. Other aspects of the profession’s past rescued from the condescension of a winner’s history include struggles concerning legal, professional and educational reform that failed and paths that were not taken. It will be surprising to many that there was a strong movement in eighteenth- and nineteenth-century Britain to ensure that barristers would not be subject to regulation by their own profession.

Lawyers’ Empire sheds valuable light on the commonalities, similarities and the differences that characterised both sides of the Atlantic. As importantly, the book rightly places the history of the profession in Canada in the context of its place in a British empire, and later as British dominion, with attention as well to how Canadian lawyers viewed developments south of the border. Dr. Pue argues that it was lawyers west of Ontario, notably in Manitoba, who spearheaded the movement that created modern legal professional forms, notions of legal professionalism, ethics and legal education in Canada. The efforts to adopt the Socratic method and the casebook as the dominant mode of pedagogy drew on both British and American influences but were underpinned as well by the singularity of the Canadian experience. Current structures of education and governance in the legal profession have emerged from the desire of elite lawyers to merge ideas from the US with their own culture in order to advance social cohesion in a diverse Dominion.

The Canadian legal profession has, no less than the legal profession in other national contexts, been an energetic purveyor of historical myth, and Dr. Pue carefully sifts through some of the key errors in a professional apologetics that draws on historical representation. Of interest here are the difficulties encountered by Queen’s College and in Manitoba in seeking to provide a legal education that transcended vocational training. And in a telling chapter touching on the theme of professional autonomy, Dr. Pue recounts a case of in which an individual was barred from the legal profession in British Columbia solely because he was a Communist.

One of the overarching arguments of the collection is that how lawyers are educated, socialized, and regulated has enormous impact on how law is operationalized in real life. For Dr. Pue, the empire of lawyers is best understood not simply as instrumental of some set of guild or economic self-interest.

Claims about the place and value of law in society hinge as much on the profession as on the law itself. Professional identity is pivotal; so is the social recognition of this identity, the “cultural authority” of the book’s title. It is not surprising, then, that debate and discussion around such matters as legal education and professional regulation have also been means of representing and in part creating national, religious, ethnic or cultural identities.  Dr. Pue’s lawyers looked to place themselves and their profession at the apex of society – an empire defined by the rule of law. They simultaneously look to advance their national and imperial projects – an empire of liberal thought governed by lawyers. 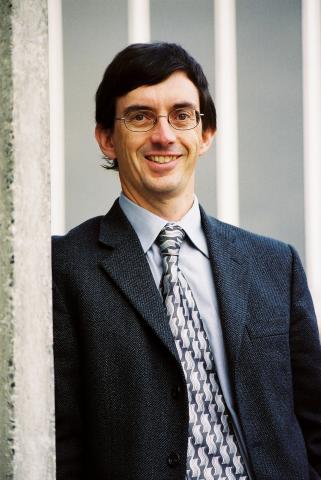 Dr. Wesley Pue is a Professor of law at the Peter A. Allard School of Law at the University of British Columbia. He is past president of the Canadian Law and Society Association, past provost at UBC’s Okanagan campus, and past vice-provost for UBC’s Vancouver campus. His work has been published in law journals around the world, and his book-length publications include Law School: The Story of Legal Education in British Columbia; Lawyers and Vampires: Cultural Histories of Legal Professions (co-edited with David Sugarman); Misplaced Traditions: Colonial and Post-colonial Approaches to Legal Professions in British Colonies (co-edited with Robert McQueen); and Pepper in Our Eyes: The APEC Affair.