The Tools of Truth

Professor Bruce MacDougall’s current research investigates three important and related legal doctrines: estoppel, misrepresentation and mistake. Each involves mechanisms by which the law holds somebody to a particular statement as being legally binding or significant, without the statement itself becoming a part of a contract. Professor MacDougall is concerned in each instance to determine how Canadian law has developed in ways that are distinct from the law in England and in other common law jurisdictions. While other jurisdictions, particularly England, have statutes in this area, in Canada there is a greater dependency on the common law. With the vast bulk of the scholarship and research following English law, Professor MacDougall’s work makes a distinct and distinctly Canadian contribution to these areas of law.

Professor MacDougall explains that one of his particular motivations for his research has been “to examine the way in which the common law and the equity interact in this area.”

“Here in Canada there is a different approach in this regard than in England and most other common law jurisdictions. Canadian courts – and especially those of British Columbia – give a greater role to the equitable nature of these doctrines.”

There is tension, however, between how much equity should be involved on the one hand and on the other the extent to which these doctrines should be based on fairly predictable parameters. The role of equity relates partly to the juridical basis for the availability of the doctrines – whether as of right or by virtue of the discretion of the court. The issue of the role of equity also relates to the remedies associated with these doctrines and the extent to which relief is discretionary.

Professor MacDougall’s research is challenging some of the assumptions of the Canadian courts regarding the benefit of equity in this context. “It always seems like a good thing when you are administering it in a context of a particular case, but there is a danger that we are venturing into the realm of palm-tree justice. Overuse of equity can contribute to the idea that we always need to go to court; too much equity encourages litigation,” Professor MacDougall argues.

Part of Professor MacDougall’s research in this area relates to the new doctrine created by the Supreme Court of Canada last year, the assertion that every contract contains within it a duty of honest performance which cannot be contracted out. Estoppel, misrepresentation and mistake have historically been associated with events that occur before the contract is in existence. Certain types of estoppel have started to work post-contract, notably promissory estoppel and estoppel by convention. Perhaps the new doctrine of honest performance marks a similar change for misrepresentation and mistake.

“What we may be seeing is a modification of the doctrines of mistake and misrepresentation to deal with both post-contract and pre-contract issues, the way that estoppel now does in certain cases,” Professor MacDougall explains. “That might be what the duty of honest performance has as its essence.”

Professor MacDougall’s first book in these three interconnected areas, Estoppel, was published by LexisNexis Canada in 2012. The second book on misrepresentation in contracting will be finished this year, while the third, on mistake, is scheduled to appear in 2017. 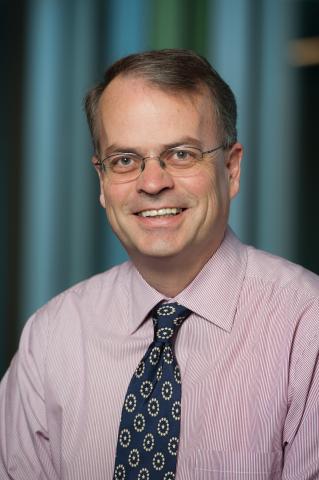 Professor MacDougall joined the Allard School of Law as Assistant Professor in 1988. He was Associate Professor from 1996-2002, and became Professor of Law in 2002. Professor MacDougall studied at Oxford University as a Rhodes Scholar and served as Law Clerk at the Supreme Court of Canada for Mr. Justice Gerald Le Dain from 1986-87. He was a Visiting Scholar at the University of Florida, Gainesville in 1993, and Distinguished Research Fellow at King's College, London, in 2001.