As Canada Research Chair in Global Economic Governance, Assistant Professor Galit Sarfaty studies the convergence of economic globalization with public law values such as human rights. Her most recent research is a ground-breaking analysis of the effectiveness of emerging domestic legislation on global supply chain transparency with respect to human rights and labor practices.

Recent tragedies – including the collapse of a garment factory building in Bangladesh killing more than 1,000 people and a string of suicides at an Apple supplier’s manufacturing plant in China – have highlighted the risks of outsourcing production to manufacturers with poor working conditions. A variety of initiatives aim to hold companies accountable for human rights violations under international law, but these are voluntary and have remained largely ineffective. The lack of mandatory regulation has led to inconsistent practice among firms, standards that are implemented in an ad hoc fashion, and weak incentives for changing behavior.

However, over the past five years there has been a shift from voluntary international norms to mandatory domestic law in the regulatory framework around corporate accountability. One prominent example is section 1502 of the U.S. Dodd-Frank Financial Reform Act, which is driving global norms in this area and serving as a guide for comparable domestic legislation abroad. Section 1502 imposes a new reporting requirement on publicly traded companies that manufacture products using certain conflict minerals.

The rationale behind the law is that curbing the illegitimate exploitation of natural resources by state and non-state armed groups will indirectly hinder the financing of the ongoing conflicts in the eastern Democratic Republic of Congo (DRC). Under section 1502, companies must report to the U.S. Securities and Exchange Commission (SEC) on whether the sourcing of minerals originated in the DRC and bordering countries. If so, the companies must submit a Conflict Minerals Report on due diligence measures taken to determine whether those conflict minerals directly or indirectly financed or benefited armed groups in the covered countries. The quality of the due diligence must meet nationally or internationally recognized standards, such as the Organization for Economic Cooperation and Development (OECD) Due Diligence Guidance for Responsible Supply Chains of Minerals from Conflict-Affected and High-Risk Areas.

Drawing on both quantitative and qualitative methods to study the early implementation of section 1502, Professor Sarfaty argues that using domestic law to regulate global supply chains has significant potential to shape corporate behavior. But her research also indicates that the shift to domestic governance is not going far enough.

Of particular concern is the gap Professor Sarfaty’s research reveals among firms with respect to their compliance with section 1502, with only about 7% of companies reporting strong due diligence measures in their 2014 Conflict Minerals Reports. In explaining this gap, Professor Sarfaty identifies several variables, including brand, firm size, and involvement with stakeholder-led responsible sourcing initiatives. She also describes three factors that are inhibiting implementation of section 1502: the fact that international norms on supply chain due diligence are in their infancy; the proliferation of certification standards and in-region sourcing initiatives, which are still evolving and often competing; and inadequate local security and weak governance, which are inhibiting the mapping of the mineral trade and the tracing of minerals in the region.

As part of her quantitative research, Professor Sarfaty develops a model for determining the extent to which companies have undertaken supply chain due diligence in line with the OECD Guidance. In order to understand the reasons for under-implementation, she also relies on ethnographic interviews with key individuals in consultancies, industry groups, non-governmental organizations and law firms who are working with companies to comply with the legislation. In addition, she draws from participant observation within a London-based consulting firm that conducts conflict minerals due diligence and auditing.

Following on the completion of this project, Professor Sarfaty will be seeking to evaluate the effectiveness of mandatory disclosure laws on human trafficking and slavery in global supply chains through a new empirical study. Such landmark anti-human trafficking legislation as the 2010 California Transparency in Supply Chains Act, which also serves as a model for the Transparency in Supply Chain Provision within the U.K.’s proposed Modern Slavery Bill, mandate human rights disclosure on company websites and depend on consumer pressure to influence corporate behavior. The aim of this project will be to determine the effectiveness of information disclosure regimes to shape consumer buying behavior and thereby enhance corporate accountability.

Professor Sarfaty’s most recent research is forthcoming in the Harvard International Law Journal. Her list of publications is available here. 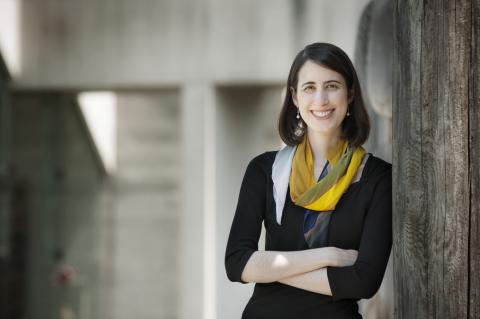 Professor Galit Sarfaty holds the Canada Research Chair in Global Economic Governance and is an Assistant Professor at the Allard School of Law.