Gaming the System: The Political Calendar and Selectivity of China's Tax Break Policy

A rich literature has noted that electoral pressures in democracies engender political business cycles. We argue that in autocracies with strong institutions of bureaucratic management, evaluation systems based on economic performance have also generated political cycles for tax break policies. Furthermore, institutional forces have sequenced leaders' choices and produced distributional consequences across firms. Combining panel data of 1,510,153 firm-year observations with city leader data from 1995 to 2007, we find that the tax break amount dropped for most firms during the mayors' first year in office, as mayors needed to prioritize large firms and especially large foreign firms during the “busy year.” In contrast, small- and medium-sized private firms bore the cost of tenure cycles. In the last year of the mayor's tenure, i.e. the “dust-settled” year, tax cut offerings were significantly reduced for most firms, and even important firms could not gain the mayor's attention. 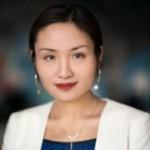 Ling Chen is Assistant Professor in the School of Advanced International Studies at Johns Hopkins University. She is also affiliated with Harvard’s Fairbank Center as an associate in research. Before joining SAIS, she was a Shorenstein Postdoctoral Fellow at Stanford University and a Rajawali Fellow at the Ash Center of Harvard Kennedy School. Her articles have appeared in World Development, Politics & Society, The China Journal, Review of International Political Economy, and New Political Economy. Her first book, Manipulating Globalization: The Influence of Bureaucrats on Business in China was published by Stanford University Press. Chen is a recent recipient of the Catalyst Award from Johns Hopkins University. Her research has also received support from institutions such as the Social Science Research Council and Stanford University.