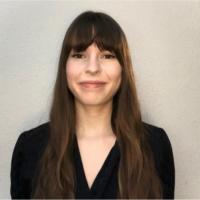 From Rights to Nature to Rights of Nature

Many would think that corporate and environmental law make strange bedfellows. It is initially surprising, then, that Ito started her legal career as a corporate lawyer specializing in structured finance. Despite being outwardly successful in this career, she experienced what she describes as a profound “spiritual awakening” that left her feeling unsettled with this work. This realization prompted her to leave her job in corporate law and to become attuned to what she calls the “reality of life.” The reality of life, for Ito, is premised on interconnection. It does not ignore the fact that we are deeply connected to, and dependent on, nature. This new awareness made her realize that she wanted to serve life.

It was not immediately clear to her exactly how to serve life. She began by focusing on her spiritual journey, travelling with the spiritual teacher Amma. Ito never stopped questioning, however, whether her legal training could play a role in the journey she was on; whether it could help her to serve life. Her spiritual teacher gave her simple and profound advice: “stay in law for now and when the opportunity comes to serve, just take it.”

The opportunity came to her when she was in the Virgin Islands. The government had recently consented to the development of a golf course and hotel on an area of great ecological importance. The Chief Conservation Officer needed a lawyer in order to bring a case against the government, and specifically, against the Chief Minister. Being a small island, however, everyone knew each other, and all of the lawyers on the island were reticent to become involved in a case against the person who signed their work permits. Ito, of course, was a lawyer. And Ito was not from the island. She recognised this opportunity as her chance to serve life and decided to help bring a case to protect the area from development. The process was by no means easy, nor was it straightforward, but it eventually resulted in the government committing to protecting the area and making it a national park.

This experience showed her that public interest environmental law was a way in which she could align her legal practice with her personal values. Her beginnings in corporate law, rather than being a hindrance, give her a unique perspective on environmental law. Being somewhat of an outsider to the field, she was able to see the field’s failings. As she said in a webinar on legal recognition of the rights of rivers hosted by the Centre for Law and the Environment, these failings stem from the very framework of law and how it views the natural world.

Currently the natural world is considered property by legal systems around the world. Many Indigenous peoples worldwide have always recognized nature as a community of autonomous subjects with inherent value. Some countries, such as Ecuador, have even granted constitutional rights to nature itself. But most countries that recognize environmental rights have done so in the anthropocentric context of a human right to a healthy environment. This framework, as promising as it is for environmental protection, still renders nature’s interests subordinate to human rights. The overarching problem comes from the fact that environmental law is embedded in a mechanistic system that separates humans from the natural world and deals in “crisis management” rather than addressing the root causes of these crises.

Ito founded the NGO Nature’s Rights in response to her frustrations with this system. At its core, Nature’s Rights operates on two levels: transforming the relationship between humans and nature and transforming law and policy in relation to the environment. These two modes are interconnected. The current sustainability model keeps nature, people, and economy as distinct spheres. Further, most legal systems recognize human rights and corporate rights, but no such thing as nature’s rights. It would be impracticable to simply import nature’s rights into the existing system because the current system operates on a legal construction of nature as object. This construction enables the use and abuse of animals, waterways, forests, and humans (among other things) in the name of economic profit and development. Central to the transformation that Nature’s Rights hopes to enact, therefore, is a shift in the position of nature from object to subject. This shift is one affecting both the legal system and the relationship between humans and nature on a societal and individual level. Such a legal system would see economic rights supporting human rights supporting nature’s rights. Ito envisions this model as one of concentric circles, rather than separate spheres. In this way, law becomes a means of societal transformation.

One of the tangible ways in which Nature’s Rights is working in furtherance of this goal is through a European Citizens’ Initiative for a draft EU directive to have nature’s rights formally recognized in European law. The European Citizen’s Initiative is a tool for greater participatory democracy which allows citizens to call on the European Commission to create new laws that impact all 27 member states of the European Union. If the Nature’s Rights directive were adopted, any citizen of a European country would be able to invoke the rights of nature in a legal context. This recognition would fundamentally shift the position of nature within the law and change the landscape of environmental litigation. Instead of liberating the natural world from the property paradigm on a piecemeal basis - granting rights to one river here, and a mountain there, - there would be a foundation of recognition of the inherent rights of nature to work from.

It is probably unsurprising that Ito envisions this transformative shift as an internal, as well as external, one. To transform the legal paradigm, it is necessary to transform our relationship with nature on an individual level to recognise our interconnectedness with all life. This idea is reflective of Ito’s own journey to environmental law, which was prompted by a spiritual shift. Ito thinks the next generation of lawyers are particularly attuned to this concept, commenting “they can see that the systems we have in our society don’t make sense anymore.” Part of what makes her a “warrior lawyer” is the desire to inspire this inner transformation, and thus systemic transformation, in the next generation of lawyers, to create a better future for all.

You can watch Silver Donald Cameron’s 2014 interview with Mumta Ito on The Green Interview website, which contains interviews with more than 100 environmental thinkers, defenders, lawyers and activists around the world, along with feature-length documentary films about struggles for environmental rights (teasers are free; full access requires a modest subscription).

Ciara Dixon is a JD student at the Peter A. Allard School of Law. She completed an Honours undergraduate degree in English Literature at the University of British Columbia. Her thesis applied an animal studies lens to select works of Franz Kafka. As part of her commitment to environmental and animal rights, she sees it as her moral duty to try all of the good vegan food in Vancouver.