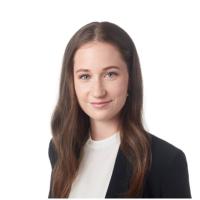 When we think of a “warrior lawyer,” it may conjure images of climate litigators, marching into the courthouse on behalf of an old-growth tree. But James Hoggan’s unique approach to combatting climate change misinformation is illustrative of the variety of creative and effective ways with which warrior lawyers use their legal educations. Drawing on four years of research from his blog, DeSmogBlog.com, in 2009 Hoggan published the book Climate Cover-Up: The Crusade to Deny Global Warming, which demonstrated how climate change debates are fuelled by public relations campaigns which aim to discredit climate science . The book has been lauded for its eye-opening discussion of the climate denial movement, and how the movement has evolved into “a full-blown attack on the integrity of public conversation.” Celebrity climate activist Leonardo DiCaprio, for example, wrote that “it’s an imperative read for a successful future.” The book seeks to understand and depict how the public discourse around climate change was formed, manipulated, and controlled, and how we now stand at a crucial moment wherein we must change the dominant dialogue.

Hoggan, who is the President of the Vancouver communications consultancy Hoggan & Associates, has approached battling climate misinformation through strategic crisis campaign management and public relations. Hoggan studied English and philosophy at the University of British Columbia before going to law school at the University of Victoria, where he graduated in 1987. Hoggan did not pursue a career in law. Instead, he began to work in the public relations field, focusing on issues management – the communication of client information on “sensitive, often critical issues.” This led to a successful career representing corporate clients. According to its website, Hoggan’s public relations firm dealt with “all kinds of prickly front page, public relations controversies and crisis situations – food poisonings, labour disputes, animal cruelty charges, bodies disappearing from funeral homes, Taser deaths, multimillion dollar bank fraud, exploding sawmills and sex scandals.”

Over the course of his career in public relations, however, something changed.  He told the Vancouver Sun that no specific event led to his shifting mindset: “I don’t know what my moment of epiphany was,” Hoggan remarked. Hoggan describes the experience of doing research to add a community service element to his company’s website. Anticipating that the topic of climate change would attract controversy, he instead found consistent scientific agreement. Through investigation into the origins of climate change debates, Hoggan discovered American journalist Ross Gelbspan’s books The Heat Is On and Boiling Point, which Hoggan describes as the first pieces of “hard evidence” of a well-funded, broadly-organized campaign by the oil and coal industries to make climate change controversial.

This discovery led Hoggan to feel anger and dismay about how companies manipulated their mass communication to the detriment of the environment. He was not alone: as he stated in the preface of Climate Cover-Up, “I also found the same sense of indignation was common among my friends and colleagues.” In particular, Hoggan found that his colleague at Hoggan & Associates, Richard Littlemore, shared these sentiments. The result? Hoggan and Littlemore founded DeSmogBlog.com in 2006, which seeks to “clear the PR pollution that is clouding the science and solutions to climate change.” For example, a recent series published on the blog entitled “COVIDeniers: Anti-Science Coronavirus Denial Overlaps with Climate Denial” tackles this complex intersection of misinformation, and delves into the subject through an analysis of Donald Trump’s disapproval of early Covid-19 precautions and the echoed agreement from climate deniers.

Since its inception, DeSmogBlog.com has expanded to other “areas where misinformation has eroded public understanding and political action to address critical societal challenges, such as meeting the world’s energy needs, confronting environmental racism, and ensuring a just transition to a sustainable economic paradigm.” Hoggan is aware that the blog, and the book, stir up emotions for readers. As he wrote in the preface to Climate Cover-Up, “I suspect that you will find the results offensive, even infuriating.” Hoggan’s approach utilizes a broad understanding of human capacity and communication, and leverages the world of public relations to fight for integrity and truth in public dialogue.

In addition to DeSmogBlog, Hoggan has used the tools of writing and public speaking to advance his goals of demystifying and furthering public discourse around climate change. He has written two other books, Do the Right Thing: PR Tips for a Skeptical Public and I’m Right and You’re an Idiot: The Toxic State of Public Discourse and How to Clean it Up. His accomplishments go further: he serves as a trustee of the Dalai Lama Center for Peace Education, and was formerly the chair of Al Gore’s “global education and advocacy program,” Climate Project Canada.

Hoggan’s approach is both bold and effective. His work demonstrates that “warrior lawyers” advocate in many professions, not just the law. Further, his innovative and provocative approach to combatting climate misinformation is inspiring to law students who may seek to use their legal education outside of private practice. Ultimately, Hoggan exemplifies how being a warrior lawyer means thinking outside the box, and making use of a legal education to advocate in creative ways. His work shows us that environmental justice thrives through interdisciplinary action, and that future warrior lawyers need not confine themselves to the courtroom to make meaningful, substantial change.

It is only through a “clear understanding of the risks,” Hoggan stresses, that we may move forward. As for the ultimate goal, Hoggan leaves it to the reader: “you may judge our success in your own time. After which, I hope that you will join us in our effort to restore integrity to the public conversation about science, about governance, and about saving the world.”

You can watch Silver Donald Cameron’s 2011 interview with James Hoggan on The Green Interview website, which contains interviews with more than 100 environmental thinkers, defenders, lawyers and activists around the world, along with feature-length documentary films about struggles or environmental rights (teasers are free; full access requires a modest subscription).

Kate Samuels is a JD Candidate (2022) at the Allard School of Law. She graduated from Queen’s University with a BA in History in 2017, from McGill University with a MA in History in 2018, and completed the first year of her PhD in environmental history at Queen’s University in 2019. She completed summer articles at Stikeman Elliott LLP in the litigation department, where she will return to article after graduation. When she is not studying she enjoys yoga, hiking, and reading historical fiction.