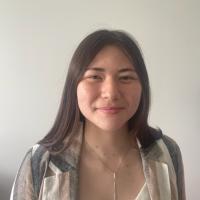 When the threat of Agent Orange loomed over her Cape Breton community, the legal battle that ensued was a family affair for Elizabeth May. While her mother sold the family’s 88-acre property to help fund the lawsuit, May, a brand-new articling student, helped represent the fifteen plaintiffs fighting to stop the spraying of Nova Scotia forests with toxic herbicides. The case, Palmer v Nova Scotia Forest Industries, challenged the plan of a forestry company (a subsidiary of the oldest corporation in the world, Stora Enso) to spray 20,000 acres of forest near the plaintiffs’ homes with the herbicides 2,4-D and 2,4,5-T, otherwise known as Agent Orange.

After a five-week trial and 101 days of deliberation, the judge handed down his decision in favour of the defendants, finding no evidence that Agent Orange posed a risk to the plaintiffs’ health. Yet, this lawsuit, which was the subject of a fascinating 1984 National Film Board documentary, Herbicide Trials (1984), ultimately prevented the spraying of this Vietnam War relic. By the time the litigation was over, and the company was finally able to spray, Agent Orange’s export from the United States had been banned.

In a 2009 interview with environmental author and educator Silver Donald Cameron for The Green Interview, May reflected on the Palmer case and emphasized the value of legal delay for the environment. If not, environmental loss is permanent.

“Just holding off something horrible from happening is enough. Buying time is a good thing to do.”

Palmer was not May’s first foray as a champion for the environment and her local community. In the late 1970s, she organized public opposition against the use of pesticides on the spruce budworm, which she documented in her first book, Budworm Battles (1982). May also participated in campaigns against nuclear energy and the approval of a uranium mine in Nova Scotia.

May attended Dalhousie Law School after winning special admission for not having an undergraduate degree; she graduated in 1983. There is now a professorship established in her name at Dalhousie University, the Elizabeth May Chair in Sustainability and Environmental Health. After her work on Palmer, she became Associate General Counsel for the Public Interest Advocacy Centre in Ottawa. Then, from the summer of 1986 to 1988, she was a Senior Policy Advisor for the federal minister of environment, Thomas McMillan. While at that post, she contributed to the creation of several national parks, including Gwaii Haanas in Haida Gwaii, the experience of which was also transformed into a book, Paradise Won: The Struggle to Create Gwaii Haanas National Park Reserve (1990). May was also involved in negotiating the Montréal Protocol and participated in the first international scientific conference on the threat of climate disruption. She resigned her position with the federal government in 1988 in protest against the minister’s decision to approve the Rafferty-Alameda Dam in Saskatchewan without an environmental assessment.”

May then went on to become the first Executive Director of the Sierra Club of Canada, a position she held for 17 years. During this time, in 2001, she went on a 17-day hunger strike on Parliament Hill to protest the environmental racism perpetuated against residents who lived near the Sydney Tar Ponds in Cape Breton, a toxic waste site. Her hunger strike ended after the federal government committed $400 million for clean-up. Remediation efforts turned it into the Open Hearth Park.

May’s time as Executive Director at the Sierra Club concluded in 2006 when she became the ninth leader of the Green Party of Canada. Although May did not win a seat in her first two elections as leader – one in London, Ontario, the other in Central Nova, Nova Scotia – she succeeded in 2011 in Saanich-Gulf Islands, and became the first Green Party member elected to the House of Commons. In an interview following her historic election, May stated that her motivation for joining politics was Prime Minister Stephen Harper’s election in 2006, which she believed put everything she had worked on for the preceding 30 years at risk. Indeed, when I spoke with her for this blog, May told me that:

“It was a good decision to get involved with the Green Party and try to influence public opinion through being in politics. With the way things were under Harper, environmental groups were constantly under threat.”

Being a single-member caucus, May wanted to ensure that the Greens would not lose procedural advantage, so she read through all the Parliamentary rules of procedure. The tools she learned from this political study have made her an effective Member of Parliament and earned her numerous awards including Parliamentarian of the Year (2012), Hardest Working MP (2013), Best Orator (2014), and Most Knowledgeable (2020).

May’s more recent advocacy has been as a fierce opponent of the Trans Mountain pipeline. She intervened in the National Energy Board’s review of the project. Her testimony covered a wide range of topics, including the lack of consideration for climate change and the risk of devastating environmental damage. In March 2018, she protested the pipeline’s construction and was arrested for her civil disobedience.

Her last campaign as party leader in 2019 focused on a variety of environmental issues, from banning hydraulic fracking, to having 100% of Canada’s electricity sourced from renewables by 2030, and even a law that would require a 60% cut in greenhouse gas emissions below 2005 levels by 2030 (compared to Canada’s then 30% target). The Green Party ended up winning three seats that year, the most in Canadian history.

On November 4, 2019, May resigned as leader of the Green Party of Canada to fulfil a promise to her daughter. However, she remains a Member of Parliament representing the Saanich-Gulf Islands and has told me that she intends to continue.

Although the public focus on May’s storied and varied career path is dominated by her time as a politician, her years as a lawyer has greatly helped, with May describing it as essential for all her work. She told me:

“I would say most of my really important environmental work has not been courtroom work: it has been using the skills I learned from law school in political campaigning and legislation.”

So, in a way, Elizabeth May is a warrior lawyer in politician’s clothing.

You can watch Silver Donald Cameron’s 2009 interview with Elizabeth May  on The Green Interview website, which contains interviews with more than 100 environmental thinkers, defenders, lawyers and activists around the world, along with feature-length documentary films about struggles for environmental rights (teasers are free; full access requires a modest subscription).

Emma Smyth is originally from Vancouver Island, where she spent most of her time on the soccer field or at her grandparents’ market garden near Patricia Bay. She graduated from the University of Victoria in 2018 with a BA in English literature. She is a JD candidate (2023) at the Allard School of Law.