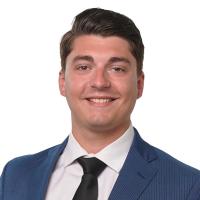 Students in all disciplines constantly ask themselves questions like, what will I do with my degree? What do I hope to achieve? For law students – future advocates – there might be a more specific, looming question: what will I advocate for? Many law students enter and exit law school with a desire to advance various social and environmental causes but how to get involved in complex public interest litigation is not always clear. These students can look to Chris Tollefson for guidance.

Over the last several decades, Tollefson has helped lead the charge amongst lawyers, activists, and concerned citizens fighting for a more sustainable, healthier, and just Canada. Tollefson is a Canadian lawyer, principal at Tollefson Law, and a Professor of Law at the University of Victoria. Perhaps most importantly, he has been a driving force behind some of Canada’s leading environmental organizations and their involvement in environmental litigation of local and national importance.

For over twenty years, Tollefson served as the founding Director of the Environmental Law Centre (ELC) at the University of Victoria, which provides free legal advice to conservation groups, community organizations and First Nations. He also served as a Director and Board Member for Ecojustice, Canada’s largest environmental law charity, and spent four years as the National President. In 2016, he co-founded and became the Executive Director of the Pacific Centre for Environmental Law and Litigation (Pacific CELL), a legal non-profit that seeks to train students and young lawyers by involving them in public interest environmental cases.

When I interviewed him recently, Tollefson explained that he has been inclined towards public interest litigation since graduating law school, spending his early years in practice as a criminal defence lawyer. His shift into environmental public interest work began when, as a young professor and practitioner, he was offered his spot on the board of Ecojustice (then Sierra Legal Defence Fund). Tollefson believed this organization would advance environmental public interest litigation. He described it as “young and edgy” despite the fact that he was the youngest member of the board.

He recalls a senior, prominent litigator on the board telling him: “Here, there are racehorses and there are workhorses. You are going to have to be a workhorse.” Tollefson “had no problem with that.”

Tollefson is also counsel, alongside Arvay Finlay LLP, in the youth climate lawsuit La Rose v Her Majesty the Queen, in which fifteen young people from across Canada allege that the federal government’s laws and policies related to climate change infringe their rights to life, liberty and security of the person under section 7 of the Canadian Charter of Rights and Freedoms and fail to protect resources held in a public trust.

Tollefson admits he is “partial” to litigation as a strategy to further the public interest, and he emphasizes the importance of bringing science to the fore in legal proceedings. His recent approach in regulatory proceedings regarding Petronas’ now-cancelled Northwest LNG pipeline and the Teck Frontier oilsands mine was to create a strong evidentiary record that reflected the projects’ real climate impacts (for example, how much of Canada’s carbon budget they might exhaust). Although this evidence might not persuade regulatory bodies to withhold approval, it will inform judicial reviews of the projects once they are “inevitably approved.” This helps ensure government and corporate accountability and brings attention to the specific and pressing environmental concerns often raised by such projects.

As Tollefson told me:

“Even in thse classic David and Goliath cases, if you have the right experts, and the right students, you can build a credible case.”

What makes Chris Tollefson a “warrior lawyer” is his commitment to future generations. Not only is he seeking justice for present and future youth in La Rose, he is committed to ensuring that students gain practical experience to form the next generation of warrior lawyers. As Tollefson explains, the ELC was born of his desire to get students involved in the complex litigation he was undertaking with Ecojustice, and his sense of obligation to satisfy student demand for involvement in public interest litigation. He found the work at Ecojustice “engrossing and stimulating” and “felt students would feel the same way.” This became clear as he witnessed his students’ passion during the protests against old-growth logging at Clayoquot Sound two years before the establishment of the ELC.

While the ELC continues to enjoy success and provide opportunities for law students, certain institutional constraints that come with operating out of a university led to the creation of Pacific CELL. Tollefson wanted to ensure that students could work on important environmental causes without limitation – work Tollefson calls “invaluable” because “litigating on behalf of those who do not always have a voice requires a certain critical mass of lawyers and students.”

When I asked him to reflect on what work he is particularly proud of, his answer again was informed by student involvement. The case that came to mind was a series of regulatory and court proceedings in which Tollefson and several other lawyers and students represented two schoolteachers, Lis Stannus and Emily Toews, who were concerned about pollution from a smelter near Kitimat, British Columbia. For Tollefson, this case was significant not only because it brought much-needed attention to the particular issue, but because the case – which lasted approximately seven years – provided opportunities to train students. In fact, two students eventually became co-counsel on the case, a fact Tollefson sounded deeply and rightly proud of.

What should students do?

Tollefson’s advice to students seeking to get involved in environmental public interest litigation is “Don’t wait until graduation. There are many opportunities to get involved while in school, and students should think about reaching out to lawyers who are doing important work.”

Alex Farrant is a 3L student at the Peter A. Allard School of Law at the University of British Columbia. Prior to law school, Alex completed his undergraduate degree at Carleton University in Law and Legal Studies, and completed a minor in Environmental Studies. Upon graduation, Alex will be articling at the office of an international law firm in downtown Vancouver. Originally from Ontario, Alex has happily settled out west, although he still returns home to enjoy the sun along the rocky shores of Georgian Bay when he can.