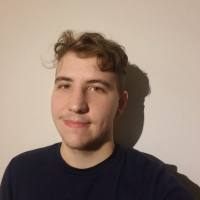 Leader of the Waorani

When you ask someone from a Western nation, “what does a leader look like?” they may point to politicians, CEOs or possibly even ground-breaking lawyers. Most would not think of Nemonte Nenquimo, but that must be because they have not heard of her.

Nemonte, whose name means “many stars, face the sun”, was born and raised in the territory of her grandfathers: the Yasuni Region of the Amazon Rainforest. Nemonte is a leader of the Waorani Indigenous people of the Amazon rainforest in what is colonially referred to as Ecuador. The Waorani, numbering at around 2000, have only been contacted by industrialized colonizers since 1958. Since then they have faced erosion of their land, language and culture. Some members of this traditionally nomadic people, including Nemonte, were forced by missionaries into sedentary communities for the purpose of religious conversion. Nemonte was able to escape and return to her customs. Other Waorani have evaded conversion and rejected industrialization, moving deeper into the rainforest to avoid colonizers.

Waorani culture does not have formal law or lawyers as understood by colonial states. Instead they have ceremony, tradition and culture. Nemonte’s role in her nation is analogous to that of a legal advocate in colonial society. Punishment does not exist in Waorani culture, which instead prioritizes restorative justice and dialogue to achieve peace. Women are symbols of strength in Waorani culture, because they take care of the household, bear children and are closely connected with the earth. They are the listeners and speakers of the Waorani people. As an advocate engaging in dialogue with the colonial state, Nemonte fights for peace in the ways of her ancestors. A woman and leader of her people, Nemonte speaks for Waorani law

In the 26 years since Texaco, an oil extraction company, began operating in the Amazon in the 1970s, roughly 20 million gallons of oil has been spilled into the water supply of Waorani communities. With a contaminated water supply plaguing her people, Nemonte joined a program with Oswaldo Nenquimo to build rain water catchment systems within communities to provide fresh drinking water. The water in the rainforest is relied on for travel, tradition, food and drinking; to Nemonte and her people, water is life.

In 2018, the Ecuadorian state decided to auction off parts of the rainforest for oil extraction, dividing 500,000 acres of the Amazon—including traditional Waorani territory—into blocks for purchase. Nemonte bravely led her people out of the forest, into the limelight and to the doors of a colonial courthouse. After filing a lawsuit on February 27th, 2019 with Ecuador’s Ombudsperson, accusing the Ministry of Hydrocarbons and the Ministry of Energy and Non-renewable Resources of fraud and failure to secure free and informed consent, Nemonte became the lead plaintiff in a case to protect her ancestral territory. As president of the Coordinating Council of the Waorani Nationality Ecuador Pastaza (CONCONAWEP) she co-developed a multifaceted campaign to expose the inadequate consultations conducted by the Ecuadorian government in 2012. This involved a multi-media push, mapping of the territory, the development of the CEIBO Alliance (a coalition of the Kofan, Siona, Secoya and Waorani Indigenous peoples), and various tactics to bring Waorani custom and culture to the court. This included having Waorani women in traditional clothing block proceedings with woven baskets, pots, food and singing to protest discriminatory judicial treatment in a preliminary hearing.

On April 11, 2019, led by Nemonte, a crowd of Waorani and supporters marched to the courthouse to begin the final hearing, at which testimony from the Waorani people about the consultation process would be heard. In this way, the Waorani were once again employing dialogue to bring peace. By April 26, 2019 the Waorani had a ruling in their favour, which found that the Ecuadorian government failed to adequately consult the Waorani prior to dividing their territory for auction. Nemonte never attended law school, but by using the traditions of her people she won this decisive victory.

Named one of TIME Magazine’s 100 Most Influential People of 2020, Nemonte Nenquimo has become an international name and has even begun her own Instagram account. As a leader of the CEIBO alliance, which works in partnership with Amazon Frontlines, Nemonte has been, and continues to be, party to Indigenous-led cultural recovery.  Leading her people to use their customs in the fight for their rights, she faced off with the huge power that is an industrialized state government. Nemonte may not be a lawyer but she is much more: an activist, teacher, mother, advocate for her customs and leader of a people in crisis conducting herself with vigor, grace, intellect and passion.

Quinn Johnson is a second year JD student at the Peter A. Allard School of Law. Quinn was raised in a government subsidized cooperative neighborhood on Burnaby Mountain. His childhood home had him interact regularly with diverse wildlife, playing in the forest and creeks, building forts, and hiking trails. All of this was always vaguely accompanied by the smell of gasoline from the Kinder Morgan tank farm less than a kilometer away. For him, the pipelines are personal.