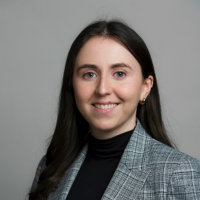 Pursuing Government Accountability From the United Nations to Extinction Rebellion

When thinking about international efforts to combat climate change, agreements like the 2015 Paris Agreement often comes to mind. With the primary goal of mitigating and reducing greenhouse gas emissions, the agreement was seen as an important step towards addressing the climate crisis. As trust in these traditional methods has declined, however, direct action has moved to the forefront of the movement

A key contributor to both these types of environmental action is Farhana Yamin – a British international environmental lawyer and social justice advocate.

Farhana has not only been widely credited with securing the goal of net-zero emissions by 2050 in the Paris Agreement, she has also been an instrumental player in shaping the organizational efforts of the direct action-based environmental group, Extinction Rebellion.

As an environmental lawyer, Farhana has over 30 years of experience in the field of international environmental diplomacy. She founded the not-for-profit organization Track 0, represented the Alliance of Small Island States in the negotiation of the Kyoto Protocol,  directed the Climate Change and Energy Programme of the Foundation for International Environmental Law and Development (FIELD), was a lead author of three of the five assessment reports produced by the Intergovernmental Panel on Climate Change (IPCC), served as a trustee and board member for Greenpeace, and has taught climate change law at University College London and other universities.  Throughout her career, holding government and industry accountable via specific climate targets has been a key theme

At the time of the Paris Agreement, Farhana was the Advisor to the Republic of the Marshall Islands. In order to ensure that the Paris Agreement set ambitious goals, she collaborated with the Marshall Islands government to create the High Ambition Coalition (HAC) for Nature and People. Since then, Farhana’s work has been instrumental in shaping the international community’s understanding of carbon neutrality and government accountability.

Farhana’s extensive experience and knowledge of “business as usual” let to frustrations. While she recognized the benefits of working with governments to effect change, she was disappointed with the lack of urgency and accountability. As a mother worried about her children’s futures, and cognizant of the urgency of climate change, Farhana decided to diversify her tactics.

From Environmental Lawyer to Green Activist

Displeased with the state of international climate change efforts and inspired to act by a report stating that in the year following the Paris Agreement, corporations spent over one billion dollars on lobbying, marketing, and “greenwashing” to counter environmental protection efforts, Farhana stepped away from the field of environmental diplomacy. In 2018 she joined Extinction Rebellion (XR), an environmental organization started in the UK and well-known for its strategy of peaceful civil disobedience. She served as coordinator of XR’s Political Strategy team and co-authored “This Is Not A Drill: An Extinction Rebellion Handbook".

In 2019, her involvement with the group made national headlines in the UK when she was arrested after she and a group of activists superglued themselves to the pavement outside of fossil fuel company Shell’s UK headquarters. This action was coordinated to support Polly Higgins’ work on the concept of ecocide and to protest the inaction of companies like Shell that have been permitted to pollute without consequence.

Before XR, a general assumption in Farhana’s climate change legal community was that, when faced with overwhelming scientific evidence and popular support, governments would work to create meaningful policy-based change. Despite ongoing efforts, it became clear to Farhana that changes in government policy alone were insufficient to address fundamental flaws in the system. Although still optimistic about the future, Farhana acknowledges that government action and voluntary agreements – such as the Paris Agreement or the Kyoto Protocol – will not solve the climate emergency. Drastic changes to the economy, government-business interactions, and the current international system’s exploitation of developing countries are required.

Farhana’s shift in mindset had been a long time coming. As a young woman of colour and self-proclaimed feminist working in a male-dominated profession, she had always been aware of the structural issues – such as racism, sexism and xenophobia – in the fields of environmental law and social equity work. These structural barriers have influenced her thinking, and continue to shape her philosophy of environmental protection within the international sphere

Farhana remains a key player in the fight against climate change on the international level. Her strong resolve and willingness to incorporate diverse viewpoints have been essential to her success within the field of international environmental diplomacy, and will remain essential to her work as she continues to fight for government accountability in addressing climate change and meeting agreed targets.

Julia Fyfe is a JD student at the Peter A. Allard School of Law. She completed her undergraduate degree in Conflict Studies and Human Rights at the University of Ottawa, before moving out west to be closer to the mountains and pursue a career in environmental law. When not studying, she spends her free time veganizing baking recipes and making candles.