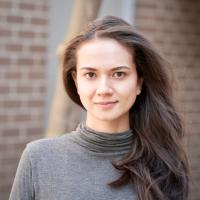 Defender of the Law (Land, Air, Water) of Life

Award winner, lawyer, activist, teacher and author. These are all words others have used to describe Philippine attorney Antonio (Tony) Oposa Jr. “Certified beach bum” is how he prefers to describe himself.

Oposa is one of Asia’s most influential and unconventional, yet humble, environmental “warrior lawyers.” His passion, dedication and creative use of law underlie several momentous cases in the Philippines. He is also the founder of the School of the SEA (Sea and Earth Advocates; now known as SEA Camp) and the author of numerous works on law and nature. In countries like the Philippines, where Oposa describes laws as “often taken as mere suggestions,” his unique approach to legal action plays a crucial role in realizing environmental justice.

Oposa’s story begins in Cebu, Philippines, where he was raised by his grandparents. He started off his legal career at the University of Philippines College of Law. After graduating and passing the bar, Oposa started his own practice where he represented prisoners pro bono. In his own words, he wanted to use his law degree “to do something meaningful.” He later practiced commercial law at a top law firm in Manila, but eventually came to realize his passions were not with the law, but rather with “the Sea, the trees and the fish.” This is when Oposa decided to study environmental and energy law, first at the University of Oslo’s summer program and later at Harvard Law School, where he obtained his LLM in 1997.

Oposa’s approach to law involves the use of stories, an emphasis on the journey and the importance of laughter. As he explains in his 2017 book, Shooting Stars and Dancing Fish: A Walk to the World We Want, “[w]ords are my paintbrushes, the Law is a medium, and the Court can be the canvas of the art of storytelling.”

Between his time at Oslo and Harvard, Tony Oposa decided to pursue his first landmark case, Minors Oposa v Factoran. When he brought this case to court, the Philippine government had granted 92 logging companies permits to cut down 3.89 million hectares of old-growth forest when only 850,000 hectares remained, and forests were being logged at a rate of 200,000 hectares per year. If the logging was not stopped, not a single old-growth forest would remain for future generations to enjoy.

So, what did Oposa do? He sued the government on behalf of current and future generations, telling the court a story of how his son, only three at the time, would no longer see these forests by the age of ten. When the case was dismissed, he persisted and eventually won a landmark judgment before the Philippine Supreme Court. Largely because of Tony Oposa, it is now illegal to log old-growth forests in the Philippines. However, Oposa would be the first to deny full credit, and recognition is also owed to Fulgencio Factoran Jr., the Philippine Secretary of the Department of Environment and Natural Resources who used the case to order a logging ban in 1992, and to Justice Hilario Davide Jr., who wrote the Supreme Court decision. The key holding arising from this decision is now known as the “Oposa Doctrine.” It grants current generations legal standing to bring actions on behalf of future generations with respect to environmental rights. July 2020 marked the 27th anniversary of the case.

Oposa’s ground-breaking work fighting for nature on behalf of future generations is highly relevant in today’s legal environment, when multiple cases are being brought by youth against governments for their failures to adequately address climate change and secure a healthy environment for current and future generations.

Oposa’s other landmark cases have led to the court ordered clean-up of the severe pollution in Manila Bay, targeted illegal dynamite and cyanide fishing near delicate reefs in the Visayan Sea and stopped resorts from privatizing beaches through the construction of illegal structures.

Unfortunately, Oposa’s activism has not avoided repercussions from those who benefit from the practices he seeks to end. He has been the target of death threats and assassination attempts. In 2006, his close friend and co-activist, JoJo de la Victoria, was murdered. Such experiences are the reality of environmental defenders across the world, and the importance of “defending the defenders” is stronger than ever.

What is Tony Oposa up to now?

In the Philippines, Oposa advocates for a new road sharing system and edible landscaping. In his 2014 Green Interview with Silver Donald Cameron, he described these actions as “catalytic interventions,” which have the power to cause a chain reaction leading to significant change for the environment and people.

Oposa’s most recent initiative is the Good Stories Movement, for which he hosted the ‘Good Stories World Concert’ in October 2020. Oposa brought together environmental activists and scholars from around the world to share success stories in environmental advocacy. During the webinar, he described the event as “a network of friends joined together by a joint passion for life on Earth … saving the Earth by changing the storyline.” Tony Oposa’s uniquely fierce yet positive approach to lawyering serves as an inspiration to all current and future warrior lawyers.

Veronica Plihal is a JD student at Peter A. Allard School of Law. She discovered her own love for nature growing up in a small town on Vancouver Island, where she has spent countless hours exploring the nearby forests, beaches and mountains.