Rights of Nature and Indigenous Peoples: Navigating a New Course 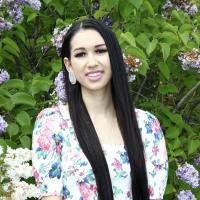 Rights of the Magpie River: A Canadian First

In early 2021, the Innu Council of Ekuanitshit and the Minganie Regional Country Municipality (Minganie RCM) recognized the legal personality of the Magpie River or Mutehekau Shipu in Quebec, Canada. This joint resolution was produced by an alliance between First Nations, municipal governments and environmental groups including the Quebec section of the Canadian Parks and Wilderness Society (CPAWS), which has worked for more than a decade to protect the Magpie River from industrial development. The Montreal-based International Observatory on the Rights of Nature/Observatoire international des droits de la Nature helped with legal advice and drafting.

As a legal person, the Magpie River and its watershed hold fundamental rights, including, but not limited to the right to maintain its natural biodiversity, the right to be free from pollution, and the right to sue.

As a living entity with fundamental rights, the Magpie River will be represented by Guardians appointed by both the Minganie RCM and the Innu Council of Ekuanitshit to act on its behalf and protect its rights. This example is a first for Canada, but it joins the larger, global movement to recognize the rights of nature in law.

Around the world, non-human entities are being recognized as legal subjects entitled to rights, ranging from the right to life to the right to be free from torture or cruel treatment. Ecuador was the first country to acknowledge rights of nature in its constitution. Nature or Pachamama, where life is reproduced and happens, is entitled to certain rights, such as the right to integral respect.

There has also been great success in recognizing legal personhood and rights of non-human entities at the local government level, especially in the United States. For example, the City of Pittsburgh, Pennsylvania has recognized that ecosystems possess inalienable and fundamental rights to exist and flourish, and residents of the City have legal standing to enforce those rights.

There has also been significant progress in granting legal rights and personhood to aquatic systems, such as rivers and oceans. The Universal Declaration of the Rights of Rivers, a non-binding international document, declares that all rivers are sacred, living entities possessing their own fundamental rights including the right to flow and the right to legal standing in a court of law. Habeas corpus writs on behalf of non-human beings are also gaining momentum. In Argentina, in a case filed on behalf of a chimpanzee named Cecilia, the court acknowledges that chimpanzees are living, sentient beings who have the fundamental right to be born, to live, to grow, and to die in an appropriate environment for their species. Following the decision, Cecilia was transferred from a tiny concrete enclosure in an Argentinian Zoo to a sanctuary in Brazil.

Along with rights, headway has been made in recognizing that governments, public and private institutions, citizens, and humans in general have responsibilities and duties towards nature. These include a responsibility to conserve, preserve and live in harmony with nature, to safeguard water and not to damage ecosystem health or cause extinction.

As a Fellow for the Centre for Law and the Environment, I have been researching the global rights of nature movement with the goal of producing practical, plan language legal guidance for people interested in the subject. I quickly recognized that communities and lawmakers have made substantial progress in affording nature legal personhood and rights and recognizing human responsibilities and duties towards nature.

But as an Indigenous person of Canada, I wondered whether and to what extent Indigenous peoples were included and their rights and laws respected in the rights of nature movement.

My research investigates not only the rights of nature movement, but also its implication for rights and justice for Indigenous peoples.

As an Indigenous person, I was pleased and hopeful to discover that Indigenous people and their conceptions and laws were beginning to be recognized and included in colonial laws regarding rights of nature. The Magpie River Resolution exemplifies Indigenous (Innu Council of Ekuanitshit) and non-Indigenous actors (Minganie RCM) coming together to fight for the survival of an ecosystem, as well as the survival of Indigenous and local settler communities. The Resolution also takes into consideration the Ekuanitshit Innu’s beliefs and laws. It declares that the Magpie River’s enumerated rights are held in conformity with the beliefs, customs and practices of the Innu of Ekuanitshit. The Innu of Ekuanitshit are to be guardians of the River, as they always have been; they are protectors of the River and the territory, not its owners.

There has also been ground breaking progress in incorporating Māori worldviews and law into the New Zealand legal system. The Te Awa Tupua (Whanganui River Claims Settlement) Act of 2017, the first piece of legislation in the world to declare a river a legal person, is grounded in Māori law and spiritual values. Expressions, like “Ko au te Awa, ko te Awa ko au: I am the River and the River is me” in the Act demonstrate the inalienable connection the Māori have to the Whanganui River. If the river dies the Māori die as people. It needs to be protected for future generations.

Additionally, the Constitutions of Bolivia and Ecuador have been heavily influenced by Indigenous laws and worldviews. Pachamama (Mother Earth), a goddess who is essential to all existence on Earth according to the Indigenous people of the Andean region, is referenced throughout Ecuador’s Constitution, with provisions that emphasize human dependence on her and a need to protect her.

the Unfinished Business of Decolonization

Mallory Jang is a member of the Wet’suwet’en First Nation. She is a JD candidate at Peter A. Allard School of Law. She completed an undergraduate degree in Political Science with a minor in First Nation Studies at the University of Northern British Columbia. Her great grandfather, Chief Mikhilkhlekh or Johnny David was the first Wet’suwet’en chief to give evidence in the historic Delgamuukw land claims court case.