'Intersectionality' was coined by Kimberlé Crenshaw in 1989. Thirty years since its conception, the term has become a buzzword in sociology, anthropology, feminist studies, psychology, literature, and politics. But it remains marginal in the discourse of discrimination law, where it was first conceived. Traversing its long and rich history of development, the book explains what intersectionality is as a theory and as a category of discrimination. It then explains what it takes for discrimination law to be reimagined from the perspective of intersectionality in reference to comparative laws in the US, UK, South Africa, Canada, India, and the jurisprudence of the European Courts (CJEU and ECtHR) and international human rights treaty bodies. 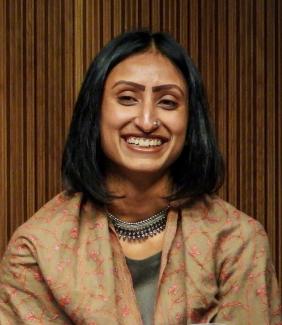 Shreya Atrey is an Associate Professor in International Human Rights Law at the Department for Continuing Education and the Faculty of Law, based at the Bonavero Institute of Human Rights. Shreya is the Editor of the Human Rights Law Review. Her research is on discrimination law, feminist theory, poverty and disability law. Her monograph, Intersectional Discrimination (OUP 2019) won the runners-up Peter Birks Book Prize in 2020. Shreya is currently working on project on 'Equality Law in Times in Crisis' funded by the British Academy. Previously, Shreya was based at the University of Bristol Law School (2017-19). She was a Max Weber Fellow at the European University Institute, Florence in 2016-17 and a Hauser Postdoctoral Global Fellow at the NYU School of Law, New York in 2015-16. She completed BCL with distinction and DPhil in Law on the Rhodes Scholarship from Magdalen College, University of Oxford.