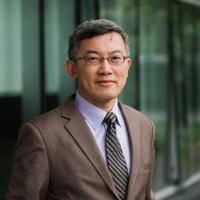 On February 25, 2021, I had the pleasure of giving a virtual lecture to an audience comprising many UBC colleagues and students, along with some friends and students from around the world. The occasion for the lecture, which was organized by the Allard School of Law and graciously introduced by our Dean pro tem Professor Janine Benedet, was a promotion that had happened almost three years ago. But this delayed celebration allowed me to talk a book I had not yet begun to write in 2018, but that is now almost finished: The Administrative Foundations of the Chinese Fiscal State, forthcoming from Cambridge University Press.

The talk was about taxation (as is the book), and I was told afterwards that I did not abuse the captive audience by delving excessively into tax technicalities. Instead, I tried to draw an analogy between the trajectory of Chinese taxation and China’s rise in the global economic order. In 1994, China set out to build a modern taxation system that would serve the country’s new market economy, and that would be based on self-assessment and rule of law principles. This was, in many ways, Chinese taxation’s “WTO moment:” a broad swath of policymakers in China believed that China was going to transplant Western institutions for taxation. However, within just 10 years, the logic of China’s political and bureaucratic apparatus steered its tax system in a very different direction: China became perhaps the only country that collects modern taxes while minimizing reliance on self-assessment and legal mechanisms.

What I find fascinating about this story—for me what makes the story most worth telling—is that the most highly-respected theories of modern taxation in contemporary social scientific research cannot capture the difference between how China collects modern taxes and how advanced economies do it. That is, we often lack even the language to identify how Chinese institutions are different—which makes it impossible to explore the causes of such difference. Understanding China’s institutional choices thus requires us to better understand our own—an idea that I believe applies in other areas of policy as well.

Professor Wei Cui joined the law faculty at the University of British Columbia in 2013. His research and writing span a wide range of topics in tax law and policy, including international taxation, tax administration and compliance, tax and development, the value added tax, and tax and spending policies targeted at the labor market. His current research projects examine the design of international taxation in light of the evolution of international trade, and compare redistributive policies in democratic v. authoritarian countries.