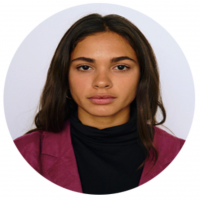 Environmental Revolution before the Courts

Roger Cox is a Dutch lawyer with the Paulussen Advocaten law firm in Maastricht, the Netherlands. He is a lecturer in universities, publisher of several journal articles and author of the book Revolution Justified: Why Only the Law Can Save Us Now, which shows how courts and the rule of law can spur change in national governments’ policies on climate change. Apart from being the lawyer behind the Urgenda Foundation v The State of the Netherlands case, he is also founder of the Planet Prosperity Foundation and a renowned personality in the area of sustainable development.

A lesson for the International Community

Roger Cox became famous for representing the plaintiffs in the successful case against the Dutch government by the Dutch NGO Urgenda Foundation and 899 citizens, which resulted in an unprecedented 2015 judgment requiring the Dutch government to reduce its CO2 emission by at least 25% below 1990 levels by 2020. The decision was upheld by the Supreme Court of the Netherlands in 2019. With this case, Cox advanced the concept of judicial intervention as a tool to oblige national governments to take action against climate change and comply with their international obligations.

Cox’s arguments in the Urgenda case set a precedent for other countries in two ways. The first was by appealing to the undeniable scientific consensus about climate change, which is equally applicable everywhere. He based his claims on the Intergovernmental Panel on Climate Change (IPCC) research on climate science. The second was his decision to base his legal arguments in tort law and the concept of the duty of care, which are common to many jurisdictions, rather than in public law, which tends to vary substantially between countries.

After the 2015 Urgenda victory in the Netherlands, lawyers in other countries took the case as a reference point to build legal arguments against their respective governments for failing to mitigate the destructive consequences of greenhouse gas (GHG) emissions. Previous climate change cases embracing a tort law approach (eg: Kivalina v ExxonMobil, Comer v Murphy Oil USA) were unsuccessful partly because they were directed against large fossil fuel companies instead of national governments. A key difference is that states, unlike fossil fuel companies, have made legal commitments to take climate action pursuant to the 1992 United Nations Framework Convention on Climate Change and the 2015 Paris Agreement, and have accepted the international scientific consensus as articulated by the IPCC. In Urgenda, the Hague District Court held that the Dutch government’s weakening of its national GHG emission reduction goals amounted to a tort of negligence towards its citizens under the Dutch Civil Code. The plaintiffs also argued that it violated Articles 2 and 8 of the European Convention on Human Rights (ECHR), respectively the right to life and the right to respect for private and family life. The District Court did not accept this argument, but it did use those human rights as a guide to interpreting the government’s civil law duty of care.

It is important to acknowledge that the legal basis of the case was transformed on appeal. The Hague Court of Appeal, and later the Dutch Supreme Court, based their decisions on human rights rather than tort law, holding that the Dutch government’s actions violated Articles 2 and 8 of the ECHR. They did not, however, overrule the District Court’s decision that these actions violated the government’s private law duty of care. The District Court’s decision thus still stands as a precedent for using a tort duty of care to hold governments accountable for inadequate climate change action.

Cox and the Urgenda case also helped discredit the idea that individual states cannot make a difference to climate change. The Urgenda decision decisively rejected the argument that since the Netherlands contributed less than two percent of global GHG emissions and could not on its own avoid global climate change, it had no legal duty to act. The court held that, while the climate problem is global in nature, each state nevertheless has an obligation “to do ‘its part’”. Under this approach, domestic public interest litigation could support stronger efforts and commitments from the international community.

An example for Canada?

Canada is a party to the UNFCCC and the 2015 Paris Agreement. It is aware of the levels of GHG emissions to be achieved. The commitments and obligations that Canada has undertaken at the international level are helpful for the judiciary to determine the required duty of care that the governments owe to the Canadian citizens. Following the example of the Urgenda case, an environmental group called ENvironment JEUnesse (ENJEU) initiated judicial proceedings against Canada. ENJEU argued that Canada’s GHG emissions targets are not sufficient enough to tackle the environmental crisis and that the Canadian government is violating the rights guaranteed by the Canadian Charter of Rights and Freedoms and Quebec’s Charter of Human Rights and Freedoms. ENJEU cited the Urgenda decision as inspiration for this strategy, which highlights the role the Dutch case has played in catalyzing climate change judicial proceedings around the world. In spite of ENJEU’s efforts, it must be acknowledged that the application for certification of this case as a class action was rejected and the future of the case remains therefore uncertain.

It is worth mentioning the new Children’s climate case that relies on Canada’s international commitments and its acceptance of the IPCC scientific consensus. In the fall of 2019, fifteen Canadian youth, represented by the law firms Arvay Finlay LLP and Tollefson Law Corporation, sued the Canadian federal government for contributing to climate change, the harms of which will be borne disproportionately by young people. The lawsuit claims that the Canadian government has violated the plaintiffs’ rights to life, security of the person and equality under sections 7 and 15 the Canadian Charter of Rights and Freedoms, and has failed in its duty to protect essential public trust resources. The claim has the support of organizations such as the Pacific Centre for Environmental Law and Litigation, David Suzuki Foundation, and Our Children’s Trust.

Roger Cox is not only a warrior lawyer for his fight and victory against his own State for the sake of the environment. He is a warrior lawyer because he changed history and he used the law to do so. His legal knowledge drove real change by demonstrating to the world that governments can be made accountable to their citizens. He showed that States are not above the law. He proved that environmental rights are not a mere social construct, but tools to force governments to take responsibility. He managed to advance environmental rights as human rights. Moreover, the Urgenda case highlighted the fact that bringing the issue to the political scene is insufficient for the protection of future generations’ human rights. Government inaction has gone unpunished for too long and Roger Cox is among the first lawyers who has been able to stand up for climate justice before the Court. The law should be seen not only as a mirror that reflects society at a specific moment in time, but as a tool against government inaction.

You can watch Silver Donald Cameron’s 2015 interview with Roger Cox on The Green Interview website, which contains interviews with more than 100 environmental thinkers, defenders, lawyers and activists around the world, along with feature-length documentary films about struggles for environmental rights (teasers are free; full access requires a modest subscription).

Giulia Benzi is a law student at the European Law School in Maastricht University. In 2019, she worked as a Political Advisor intern in the PES Group at the European Committee of Regions in Brussels, before starting an exchange program at the Allard Law School at the University of British Columbia in Vancouver. She plans to do her masters in International Development with a focus on climate change and refugee law so as to merge together her two major areas of interest: human rights and environmental law.