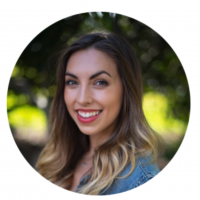 In 2019 the Earth lost a powerful legal advocate in Polly Higgins.

Ten years earlier, concerned by the growing environmental and climate crises and motivated by a love of nature gained from growing up on the wild west coast of Scotland, Higgins turned her back on a successful career as a high-paid corporate lawyer and devoted herself full time to protecting the Earth and all its inhabitants.

Upon analyzing the legal tools available to environmentalists, Higgins came to the conclusion that existing environmental law is inadequate because it fails to transcend the corporate agenda of perpetual destruction and extraction for the sake of maximized profits. Higgins’ solution was to amend the Rome Statute of the International Criminal Court to include a fifth crime against peace: Ecocide.

Higgins defined Ecocide as “serious loss, damage or destruction of ecosystem(s) of a given territory(ies), such that peaceful enjoyment by the inhabitants has been or will be severely diminished.”

Under Higgins’ law of Ecocide, mass ecological destruction will be criminalized and people in positions of power, whether state or corporate actors, will be legally bound to stop the destruction and provide aid to those impacted. Higgins envisioned this law changing how decisions are made at the boardroom level.

She theorized that if CEOs and government officials may be held personally responsible for ecocide, they will be far less likely to commit or permit environmentally destructive activities. Rather, they will favour innovation and investment in a green economy.

In 2010, Higgins introduced a proposal to the United Nations for recognition of ecocide as an international crime. From there, she went on to advise governments, NGOs, and UN bodies on ecocide law. In an effort to raise public awareness and support, Higgins founded multiple organizations, including the Earth Protectors Trust Fund, the Earth Law Alliance, the Earth Community Trust, and Ecological Defence Integrity, which runs the Stop Ecocide campaign. She also published award winning books for public consumption in promotion of her mission: Eradicating Ecocide and Earth is our Business.

Higgins’ work rallied a fresh wave of support for the criminalization of ecocide, but she was not the first to suggest such a crime. The concept was first introduced in 1970 by Arthur Galston, an American biologist, in response to the devastating environmental harms inflicted during the Vietnam War through his invention of Agent Orange. Although erased from the final version of the Rome Statute, early drafts included a provision criminalizing ecocide.

Criminalization of ecocide will supersede the corporate agenda.

According to Higgins’ website, Ecocidelaw.com, our inability to effect meaningful climate action is intimately linked to the position of immunity and power occupied by “Carbon Majors” (the companies and governments responsible for the lion’s share of cumulative GHG emissions) within our political and legal systems. Fossil fuel heavyweights like Exxon and Shell funnel billions of dollars into think-tanks and lobbying to ensure government policy aligns with their corporate agenda.

Ecocide has been called the “roadmap to Earth protection and climate justice.” As an international crime against peace, ecocide would override national laws that impose an obligation on companies to maximize profits for their shareholders. Government ministers and corporate executives would be forced to prioritize the protection of people and planet over profit motivations – or face criminal prosecution.

Not all nations have ratified the Rome Statute, but defendants may be prosecuted for a crime against peace if they enter a State that is a signatory. Furthermore, most industries, particularly energy corporations, operate on a transnational level and rely on foreign markets. Therefore, Higgins predicted they will feel compelled to align their practices with international law, regardless of whether their home state is a signatory.

If Higgins’ mission is carried out successfully, Canada may be guilty of crimes against peace.

Polly Higgins called the Athabasca Tar Sands a site of ecocide. According to National Geographic, the tar sands are “the world’s most destructive oil operation.” Beyond producing one of the most carbon intensive energy sources on the planet, the tar sands destroy vast swaths of boreal forest, consume untenable quantities of fresh water, and create massive toxic tailings ponds.

This destruction is permitted because Canada’s natural resource policies are dominated by a corporate agenda. During the Harper era, the government was blatantly subservient to the interests of big industry: massive rollbacks of environmental protections occurred at the behest of oil and gas lobbyists. After the election of a Liberal Prime Minister, there was hope of change. Higgins believed Justin Trudeau was “daring to be great” by “standing up and flipping normatives.” However, in 2016, just one year after advocating for ambitious climate action at the COP 21 Paris negotiations, Trudeau approved, and later nationalized, a pipeline expansion project that will facilitate increased tar sands development and push Canada’s emission reduction targets into the realm of impossibility.

Canadians are told that our economic well-being depends on continued growth of the tar sands. All over the world, those with a vested interest in environmentally destructive undertakings warn of economic collapse if we take strong action to eradicate ecocide.

In response, Higgins drew an analogy to the industry leaders who forecasted dire socio-economic consequences when the movement to criminalize slavery gained momentum in the 19th century. In fact, not one of the 300 companies that opposed Britain’s abolition of slavery went out of business. William Wilberforce’s strategy for escaping economic reliance on slavery informed Higgin’s perspective of what is required to break free from the fossil fuel economy:

Three crucial things have to happen: You pull the subsidies, you outlaw the problem, and you create new subsidies in the other direction.

Higgins passed away in April 2019 after a brief battle with cancer. However, we may still follow her leadership and break the vicious cycle of extractivist economic growth and environmental destruction through criminalizing those who recklessly drive the cycle forward. Polly Higgins’ legacy is well served by the growing support of her campaign to outlaw Ecocide. The rising momentum is exemplified by Pope Francis’ November 2019 endorsement of Higgin’s conception of Ecocide and entreaty to world leaders to amend the Rome Statute to include Ecocide as a 5th crime against peace.

You can watch Silver Donald Cameron’s 2015 interview of Polly Higgins on The Green Interview website, which contains interviews with more than 100 environmental thinkers, defenders, lawyers and activists around the world, along with feature-length documentary films about struggles for environmental rights (teasers are free; full access requires a modest subscription).

Julia Roe is a JD student at Peter A. Allard School of Law. She grew up in a small town in northeastern BC before completing a degree in Environmental Studies and History at the University of Victoria.