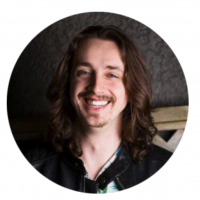 Walking Forward Together Toward Reconciliation

Professor John Borrows’ work and accomplishments are numerous and diverse, but they all serve one goal. As Professor Borrows states, “I’m trying to reconcile Indigenous legal approaches with common law itself.”

Borrows has worked tirelessly to realize a tripartite version of Canadian legal pluralism, with Indigenous law enjoying the same weight as common and civil law. This greater voice for Indigenous law means greater power for law derived from, intertwined with and responsible to the natural world. Borrows’ work demonstrates how law can be drawn from the land; how the forests, winds and seasons have as much to teach us as common law and statutes do.

Originally from Neyaashiinigmiing (known by its settler name of Cape Croker) in Ontario, Borrows is Anishinaabe/Ojibway and a member of the Chippewas of the Nawash First Nation. Borrows brings an Indigenous perspective to Canadian legal academia, which has historically dismissed the role of indigenous law and still struggles with a perfunctory approach to the topic. As Borrows notes, “I knew [Anishinaabe] laws from childhood; but it became apparent to me there were a lot of places Indigenous peoples were left out, ignored, or disposed by the law.” Borrows engages with systems of settler law directly, working within legal academia to help it evolve. A brief survey of his distinguished career reveals Borrows’ impressive academic credentials (four degrees from the University of Toronto, honorary doctorates from Dalhousie and York Universities), awards (including the prestigious 2017 Killam and 2019 Canada Council Molson Prizes), and far-reaching work as a legal educator (including positions at the Universities of Victoria, Minnesota, Arizona and Melbourne). Although Borrows may be focused on the singular goal of reconciling Indigenous and common laws, the approaches he brings to this pursuit are manifold. He is an advocate for land-based contextual learning, emphasizing (and implementing in his courses) the value of holistic legal education which roots often abstract class room discussions in the actual physical land to which they relate. He has worked to legitimize Indigenous oral traditions in the eyes of the common law, playfully reframing oral history in the common law mould, simultaneously unpacking Indigenous and common law tensions while working to provide a clearer window into Indigenous law for those with a settler perspective. Borrows also fights against insidious and pervasive colonial elements of Canadian common law, from critically examining the ongoing influence of the doctrine of discovery and terra nullis over Supreme Court of Canada decisions, to providing a roadmap to use the implementation of UNDRIP to help undo lingering colonial influences.

Hope in an uphill battle

Despite the effect and influence of Borrows’ work – from being cited in Supreme Court of Canada decisions to impacting the deliberations of the Truth and Reconciliation Commission – he nonetheless faces a continuous uphill battle against a common law system still slow to incorporate elements of Indigenous law; a government that remains hostile to Indigenous environmental concerns; and a general populace ignorant of Indigenous legal traditions.

Borrows acknowledges this slow and at times frustrating progress, but maintains a “deeper sense of hope for the world and hope for people, [that] though we are in a mess … that people have possibilities.”

To Borrows, the greatest challenge is not the gradual evolution of Canadian law, but empowering individuals to become involved in that process, “to get people to understand that law is something we can participate in, develop, critique and change.”

A future generation of warrior lawyers

There is a risk of oversimplification and misappropriation when summarizing the relationship between Indigenous traditions and environmentalism. However, generally many Indigenous legal traditions contain characteristics that support environmental rights, including conceptualizing the natural world as alive and a source of knowledge, instead of human property. By advancing recognition of Indigenous legal traditions within Canada’s settler systems of law, Borrows helps strengthen Indigenous communities’ ability to reject projects which would cause environmental devastation. He has carved out a larger space in legal academia and practice for Indigenous principles – such as the Anishinaabe concept of nindinawemaaganidog – that necessitate the consideration of our legal obligations not just between people, but also those owed to the natural world. But as another environmental legal champion, Antonio Oposa, has observed, nothing worth doing can be achieved in one lifetime.

Borrows’ most meaningful contribution may yet be seen through his role in establishing Canada’s first joint program in Indigenous and common law at the University of Victoria. This program, which accepted its first class of students in September 2018, represents both a step toward surmounting the challenge of empowering individuals to participate in the development of Canadian law, and a direct path to the ongoing reconciliation of systems of Indigenous law and common law.

You can watch Silver Donald Cameron’s 2013 interview with John Borrows and his daughter Lindsay on The Green Interview website, which contains interviews with more than 100 environmental thinkers, defenders, lawyers and activists around the world, along with feature-length documentary films about struggles for environmental rights (teasers are free; full access requires a modest subscription).

James Barth is a JD student at the Peter A. Allard School of Law. He was fortunate enough to grow up in British Columbia and to spend his youth exploring the natural wonder of its mountains and shores.