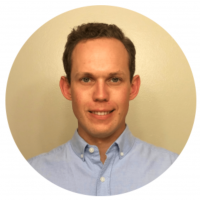 If a tree falls in the forest… does it have a case? If the forest plays a vital role in the earth’s defence against climate destruction, who could say that the forest doesn’t deserve to exist? If it does, perhaps we need a whole new legal paradigm, one that can balance human rights against the right of a forest to exist and flourish.

It’s on this leading edge of advocacy and philosophy that we find Cormac Cullinan, “Wild Lawyer.”

To recognize nature in our anthropocentric legal system means throwing out some deep-seated attitudes. For Cullinan, the idea that nature is an object to be exploited is a kind of historical accident of Western modernity. Unlike the Middle Ages, when nature was seen as a relatively equal player and non-human animals were regularly put on trial, the Early Modern period that followed saw a change in perspective. Nature came to be understood as a machine, and natural philosophers including Rene Descartes (1596-1650) drew a hard line between “rational” and non-rational beings, digging an ethical rift between humans and the rest of creation.

This hardline separation between humans and nature gives rise to the othering of the natural world. Cullinan has called this way of thinking the “homosphere”: a self-defeating mindset that sees nature’s purpose as merely human use and consumption. This mindset encourages domination and material accumulation, but must also result in alienation. Breaking the homosphere is thus essential to putting nature back in its rightful place as part of our interconnected community.

Cullinan witnessed othering first hand while studying law in apartheid South Africa. When the apartheid system collapsed, restorative justice took root. He saw how the Truth and Reconciliation Commission under Archbishop Desmond Tutu was premised on restoring damaged relationships among community members, rather than on retribution. The Commission made some hard choices, granting amnesty for politically-motivated crimes to many who admitted them fully and honestly. While this process was not easy, its focus was to restore broken relationships in the community; to allow people to live in harmony with each other once again.

Cullinan champions bringing notions of restorative justice into our relationship with nature, through a new philosophy of law he calls Earth Jurisprudence. Our legal system might allow some persons to sanction others for polluting a river, but while this might deter other polluters, it does nothing to further a relationship of mutual respect between humans and rivers as such. The river needs to be able to stand up for itself.

Our ongoing relationship with nature is constantly being negotiated, even if we don’t recognize this, and Cullinan likes to say that at his leading environmental law firm in South Africa he regards the earth as a second client. In his public interest work, the earth is best considered a primary client. As CEO of EnAct International, an environmental governance consultancy, Cullinan advocates for the rights of nature alongside scientists, attorneys, economists, Indigenous leaders, authors, spiritual leaders, business leaders, politicians, actors, homemakers, students and activists from over 100 countries.

Rights of Nature take shape in Wild Law, a legal paradigm that puts the interests of the natural world on par with human interests. After helping lay the groundwork for a Universal Declaration of the Rights of Mother Earth, Cullinan continues to put these ideas into practice. In 2014, the International Rights of Nature Tribunal held hearings into the Australia’s mismanagement of the Great Barrier Reef. At one hearing in Quito, Ecuador, Cullinan sat as presiding judge in a trial that ultimately found Australia guilty of violating the reef’s right to maintain its vital cycles and fulfill its natural potential, ordering the government to control human activities in the area.

While this decision may be unenforceable for now, in a world facing ecological devastation, something has got to give. With the global proliferation of the Rights of Nature movement, nature is already much closer to being in a position to stand up for herself, thanks in large part to the work of Cormac Cullinan, environmental warrior.

You can watch Silver Donald Cameron’s 2014 interview of Cormac Cullinan on The Green Interview website, which contains interviews with more than 100 environmental thinkers, defenders, lawyers and activists around the world, along with feature-length documentary films about struggles for environmental rights (teasers are free; full access requires a modest subscription).

Robert Munro is a JD student in the Peter A. Allard School of Law class of 2020. He has an MA in Philosophy from Western University. A native of British Columbia, his interests include business and environmental law