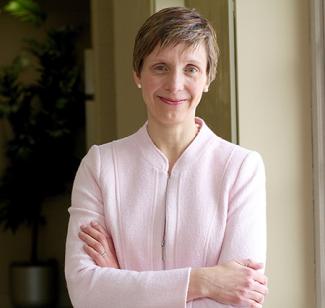 International criminal law has developed rapidly from the mid-1990s to today. This field of international law has made great strides in recognizing the role played by gender in the targeting of victims of genocide, crimes against humanity and war crimes. However, the story of international criminal law in this respect has not been a smooth upward trajectory. The understanding of sexual and gender-based crimes, for example, has seen important advances accompanied by serious missteps in every international and hybrid criminal tribunal to date, including the International Criminal Court (ICC). Professor Oosterveld will place this recent history in the context of an in-depth UN Women-funded study she undertook with a small team focused on the Special Court for Sierra Leone. She will use insights gained from that study to illustrate international criminal law’s progress in understanding the role of gender in international crime, as well as highlight both familiar and unexpected obstacles to this progress. She will end by considering the current state of gender justice within the ICC.

Valerie Oosterveld is a Professor at the Faculty of Law, University of Western Ontario. Her research and writing focus on gender issues within international criminal justice, including on the concept of gender within international criminal law and the interpretation of sexual and gender-based crimes by international criminal tribunals. She is a member of the College of the Royal Society of Canada and a member of the SSHRC-funded Canadian Partnership for International Justice. She is the Associate Director of Western’s Centre for Transitional Justice and Post-Conflict Reconstruction. In 2010, she served on the Canadian delegation to the Review Conference of the Rome Statute of the International Criminal Court (ICC) in Kampala, Uganda. Before joining the Faculty of Law in 2005, Valerie served in the Legal Affairs Bureau of Canada’s Department of Foreign Affairs and International Trade providing legal advice on international criminal accountability, especially with respect to the ICC, the International Criminal Tribunals for the Former Yugoslavia and Rwanda and the Special Court for Sierra Leone. She served on the Canadian delegation to various ICC-related negotiations. In 1998, she was a member of the Canadian delegation to UN Diplomatic Conference of Plenipotentiaries on the Establishment of an ICC. In this role, she negotiated various gender provisions, as Canada played a leading role in pressing for a gender-sensitive Rome Statute.