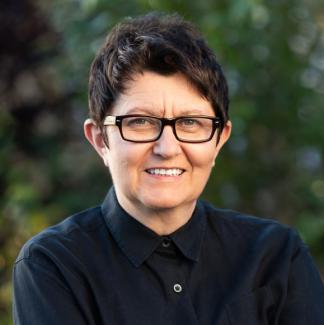 Dr. Biuković is a Professor in the Allard School of Law. She teaches Contract Law, European Union Law, and International Trade Law. Her research interests are in the areas of international economic law and European Union integration. She publishes regularly on topics of legal transplantation of international norms and standards by national governments, the impact of regionalism on multilateral trade negotiations, mega-regional trade and investment agreements, and the development of European Union.

What do you enjoy most about teaching?
I enjoy interactions with students and their questions the most. I am always amazed by the diversity of perspectives that students bring to the classroom and how much they enjoy challenging traditional legal discourse, especially in the areas of domestic and international commercial laws that I regularly teach. I also enjoy teaching in our relatively small class setting because that allows us to work with students not only on their substantive knowledge of law but also on their advocacy and debate skills.

What exciting developments are on the horizon in your field of study?
We are at the pivotal moment of global and regional integration and development and in a perpetual process of redefining the 20th century international organizations and institutions in order to make them more responsive to new circumstances and the needs of not only states but their citizens.  So much happening at the moment in the area of international economic law and European Union integration requires the attention of not only politicians but academics, lawyers, and the general population. Think Brexit, WTO crisis, renegotiation of old trade treaties, raising trade protectionism…

What led you to your project on analyzing the impact of China’s Belt and Road Initiative on the EU and the functioning of its internal market?
It came as a natural progression of my interests in economic integration and international trade, as a symbiosis of my research interest in European Union enlargement and the broadening of WTO membership. On one hand, I have been studying how WTO membership impacts states’ regulatory activities and their bilateral and regional treaties with other countries. On the other hand, I have been interested in how WTO members impact the creation of global rules of economic development. Since its accession to the WTO in 2001, China has not only internalized WTO rules but has made a big impact on the creation of WTO rules and, through its enormous foreign trade investment activities, has been able to impact on domestic policies and laws of countries hosting Chinese investments, including members of the EU and the Western Balkan countries hoping to become EU members by 2025. Hence, it seemed to be important to analyze what is the BRI’s impact on not only the functioning of the EU market and its further enlargement but also on non-economic commitments of the BRI participating countries to their EU obligations, such as their commitment to the protection of the fundamental human rights, the rule of law and democracy.

Can you tell us about your experience as a co-investigator for seven years in the Major Collaborative Research Initiative ("MCRI") research project on Coordinated Compliance of International Trade Law and Human Rights?
It has been the best research experience that I have had so far as a researcher at UBC. The MCRI project is the brainchild of Professor Pitman Potter and involved the cooperation of a broad international advisory board and multidisciplinary teams of scholars from Australia, Canada, China, India, Indonesia, Israel, and Japan. I learned a lot from colleagues involved in the projects and it helped me not only to shape my own research agenda for several years but to become involved in research in other academic institutions and to collaborate with scholars from different legal cultures and different academic disciplines. The results of our collaboration are published in numerous articles and several book volumes which all examine how the international legal order has evolved since its inception after the World War Two into a complicated web of international trade and human rights rules and policies developed at international, regional and national levels of governance and how that complex international order continues to develop and change through iterative processes of interpretation and application of international rules and norms at national and local level. The big question of the project is how to ensure sufficient levels of coordination in the performance of various international trade and human right rules by various actors in order to make the system work for the benefit of communities. The most recent publication that I co-edited with Professor Sarah Biddulph from University of Melbourne Law School is the book Good Governance in Economic Development: International Norms and Chinese Perspectives is to be soon published by UBC Press (September 15, 2019). As the title indicates, we examine good governance standard at both international and regional level and we are concerned with the dynamic interaction between international institutions and domestic governments, focusing primarily on how is the principle of good governance interpreted and applied in China.