Most writing on Chinese courts tells a story of courts that seek to apply the law except when political obligations to maintain stability or protect economic interests push them to other outcomes. In this Essay, we draw on a dataset of 42 million Chinese court cases to argue that this focus on political control overlooks a key function of Chinese courts: their smoothing role. In a wide range of cases, courts pursue equitable outcomes that seek to mitigate economic and emotional loss and restore and preserve relationships. Courts pursue this goal both within and beyond the boundaries of formal law, typically by imposing costs on parties with ethical, but not legal, obligations to the victims. Sometimes, courts cite broad fairness provisions in Chinese law, or adopt pro-plaintiff interpretations of existing legal rules. And sometimes, courts clearly act beyond the written law. Chinese courts, in short, try to deliver substantive justice within the constraints of the remedies available. In so doing, they uphold social order by ensuring those who have suffered losses are compensated, family and neighborly ties are preserved, and emotional harm is acknowledged. 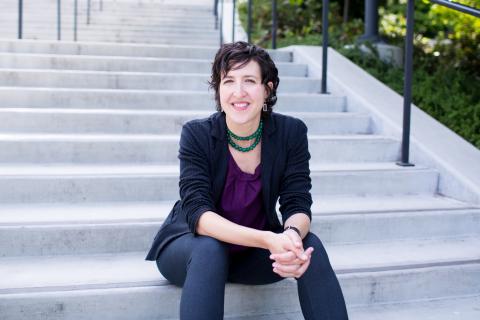 Rachel E. Stern is a Professor of Law and Political Science and currently holds the Pamela P. Fong and Family Distinguished Chair in China Studies. She is the author of Environmental Litigation in China (Cambridge University Press), as well as numerous articles on legal mobilization and lawyers in contemporary China. This paper is part of a collaborative effort to analyze the 60+ million Chinese judicial decisions placed online following a 2014 policy change