Looking back on a Memorable 75th Anniversary Year 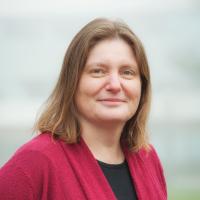 The end of 2020 marks the end of a significant milestone year for the Peter A. Allard School of Law. In 2020, we recognized the 75th anniversary of the law school with a number of initiatives. We celebrated 75 years of innovative and inspiring research and teaching, and 75 years of outstanding graduates who have gone on to change the world with their leadership in the legal profession and other realms. It was a year of reflection on all we have to be proud of, and excitement about what more we will do with the next 75 years and beyond.

We could not have foreseen that 2020 would be a landmark year of another kind. Beginning in March, the COVID-19 outbreak impacted almost every activity at the law school. Students, faculty, and staff at Allard Law moved mountains to continue their learning, teaching and work in the new physically-distanced reality. Provincial health guidelines on in-person activity and outright bans on larger gatherings, meant that some of our 75th anniversary events, like our Gala Dinner and Awards Evening, simply couldn’t happen as we originally planned. Despite this challenge, we still managed to mark the occasion with some special programming for our community.

In January, we kicked off our anniversary year with an alumni reception in Hong Kong (visit our Flickr page to view pictures from the event) for about 30 members of our regional alumni community, which was a joyous event. We also successfully delivered the first three in our series of 75th anniversary lectures in person, between January and March. First, it was a privilege to welcome The Honourable Malcolm Rowe, Justice of the Supreme Court of Canada, who gave the Walter S. Owen Lecture (watch the lecture online). His topic was the virtue of judicial restraint. Next, we were delighted to host The Honourable Lynn Smith, QC who gave the Marlee Kline Lecture in Social Justice (watch the lecture online) on the topic of Real Hate in a Virtual World: Misogyny in Cyberspace. Then, Professor and alum Sundhya Pahuja, Director of the Institute for International Law and the Humanities at Melbourne Law School, gave the Douglas McK. Brown Lecture (watch the lecture online). Her topic was Invisible Leviathans: Global Corporations and International Law. The last in our series, the J. Donald Mawhinney Lecture in Professional Ethics, was given virtually in December. It featured Chief Judge Gillespie of the Provincial Court of British Columbia; Cheryl D’Sa, alum and managing partner at Narwhal Litigation LLP; and Vicky Law, program lawyer at Rise Women’s Legal Centre. The three spoke as panelists on the topic of Ethical lawyering in a pandemic. Overall, around 350 alumni and friends of the law school joined in to view our 75th anniversary lecture programming.

In November, we held a special anniversary event in partnership with UBC Connects. Justice Edwin Cameron, a retired judge of South Africa’s Constitutional Court, gave a lecture entitled Prisons and the F-word: has the time come for a fundamental rethink? (watch the lecture online) This was a fascinating talk on prison reform, enriched by a subsequent panel discussion featuring Professors Debra Parkes and Efrat Arbel. We were honoured that Senator Kim Pate, CM was able to join the event by providing opening remarks on prison law and reform in Canada, drawing on her lifetime of work in this area. We also held a special students-only Q&A, which gave law students a unique opportunity to ask questions and discuss the subject matter with Justice Cameron directly. The program was well received by about 330 alumni, students and community members.

In addition to this series of informative, inspiring lectures, our 75th anniversary included a few more light-hearted engagement opportunities for our community. We released a 75th anniversary custom crossword puzzle, which included clues that were only familiar to our alumni. Many of our alumni tried their hand at the puzzle and entered our crossword puzzle contest; we thank them all, and congratulate our winners!

We also dedicated a 75th anniversary time capsule to be opened 75 years from now (watch the time capsule being sealed online). Identifying items for time capsule inclusion was a community effort, and we’re very thankful for our alumni who contributed suggestions for items to include, and who voted on their favourite artifacts. We know in 75 years’ time, members of the law school community are going to be intrigued by the objects we’ve left them to find, such as a copy of the 2020 graduating class composite, a photo album, the Allard Law alumni magazine, and sample CANS contributed by the Law Students’ Society. There’s even a personal essay on a day in the life of an Allard student in 2020 – which, given the unusual year we had, readers should find fascinating.

Another important part of celebrating our 75th anniversary milestone was the continued expansion of the Allard Law History Project. Throughout 2020, we continued to document the memories and experiences of the faculty, staff, and alumni who volunteered to participate, thereby contributing to a rich repository of interviews and profiles that preserves the history of the law school.

Finally, the 75th anniversary also presented us with an inspiring opportunity to support students. The Allard School of Law is committed to actively seeking out talented students from diverse backgrounds, regardless of their financial circumstances. That means student financial aid is always needed. The occasion of our 75th anniversary inspired our alumni community and other generous donors to give over $265,000 to our special anniversary bursaries providing financial aid for Allard Law students. Those gifts in turn helped us raise over $84,000 in matching funds from UBC, resulting in almost $350,000 in new financial aid for our students.

We are deeply grateful for our community’s willingness to support the effort to help remove students’ financial obstacles to completing their legal educations.

We’re immensely proud of our 75 years as a law school, and the ways in which our faculty and graduates have contributed to the development of the law in British Columbia and beyond, increased access to justice, and taken up leadership roles in the legal profession.  We thank everyone in our community who joined in during 2020 to help us mark this milestone!

Janine Benedet joined the law school faculty in 2005 and currently serves as Dean pro tem. Her first stop after her L.L.B. graduation from UBC was a clerkship with fellow UBC alumnus Justice Frank Iacobucci at the Supreme Court of Canada. That was followed by graduate studies – leading to both an LL.M. and an S.J.D. – at the University of Michigan, where she also taught as a Visiting Faculty Fellow. She practiced labour law in Toronto from 1997 to 1999, and was a member of faculty at Osgoode Hall Law School from 1999-2005.