This lecture is eligible for one hour of Continuing Professional Development Credit.

This presentation addresses whether (and to what extent) the common law of corporations varies among the provinces, based on a statistical analysis of Canadian corporate law cases. The primary findings are as follows: (1) As measured by number of case citations, provincial courts of appeal favor precedent from their home province; (2) The Supreme Court of Canada exerts a powerful standardizing influence across the provinces; and (3) On balance (and despite the “home province” bias of provincial courts of appeal), Canadian corporate law is largely homogeneous, with little variation among provincial jurisdictions. This presentation concludes that—for a variety of reasons—it is unlikely that any province will develop a distinctive body of corporate law. Special attention will be given to recent examples in British Columbia.

Camden Hutchison is an Assistant Professor at the Peter A. Allard School of Law, where his research and teaching focus on corporate transactions, comparative corporate governance, and the historical development of corporate law. He has also published on corporate taxation and competition law. His current research focuses on the relationship between legal policy and entrepreneurship.  Camden holds a Ph.D. in history at the University of Wisconsin–Madison, a J.D. a from Columbia Law School and a B.A. in history from the University of Rochester.

About the Farris Lecture

To commemorate its 100th anniversary, Farris LLP (Farris), donated $200,000 to establish an endowment to support excellence in teaching and research in the areas of business law and advocacy and as a memorial to Mr. C. Francis (Frank) Murphy, Q.C., and Mr. Peter W. Butler, Q.C., former partners of the firm.

This year’s lecture is in memory of Mr. C. Francis Murphy, Q.C., former managing partner of Farris and a leading practitioner in the areas of corporate and commercial law. Frank’s distinguished career began at the law school where he received his LL.B. in 1950. Early in his career, he was recruited by Farris, Stultz, Bull and Farris, which later became Farris, Vaughan, Wills and Murphy, where he practiced until his retirement. Frank was involved in a variety of corporate and community boards. He also served his profession as president of the Commercial Law Section of the Canadian Bar Association and as the Canadian representative to the council of the International Bar Association from 1972 to 1982. The 2020 Farris Lecture honours Frank’s intellectual rigour and commitment to excellence in the practice of corporate and commercial law. The Allard School of Law is very pleased to present the Farris Award Lecture in honour of one of its truly great and accomplished alumni. 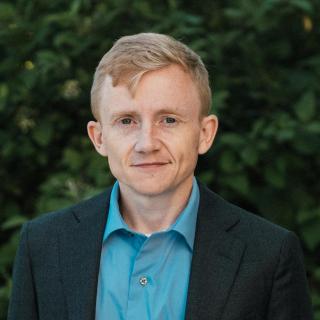